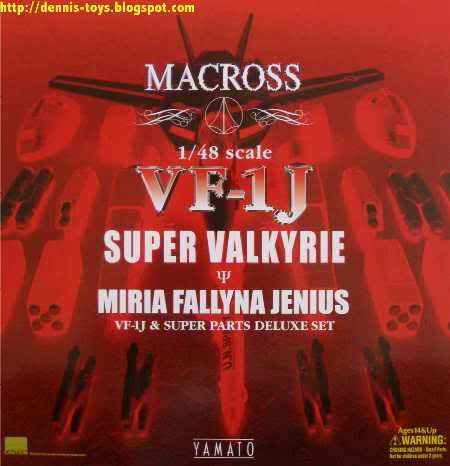 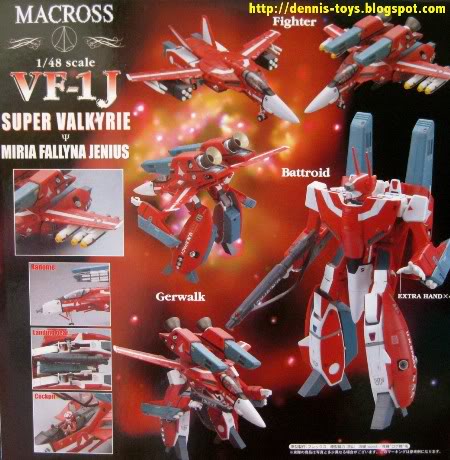 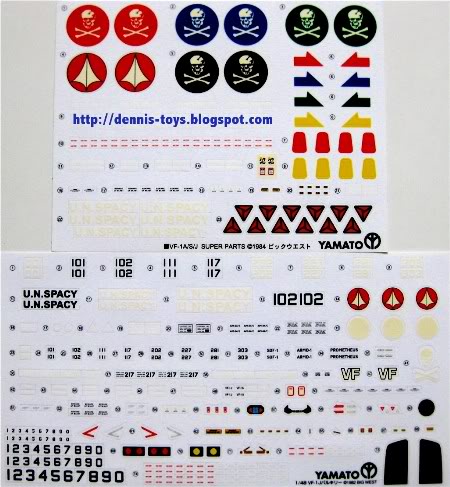 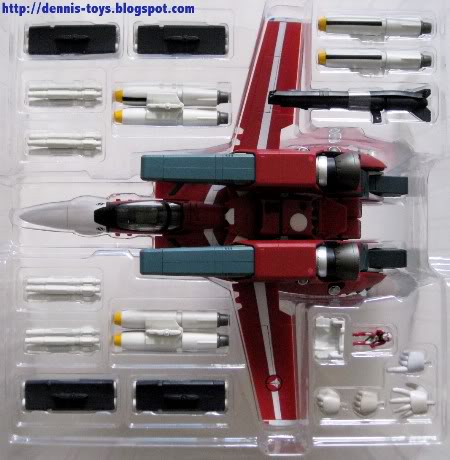 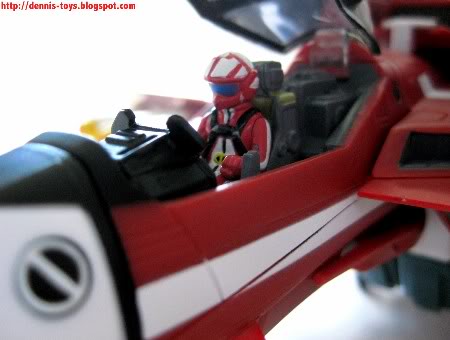 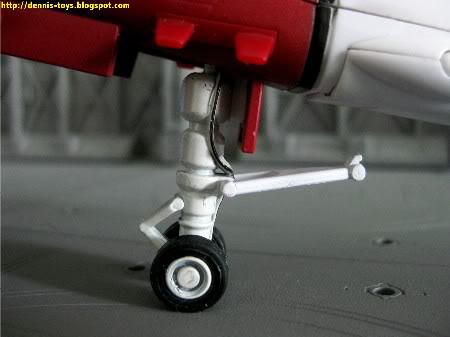 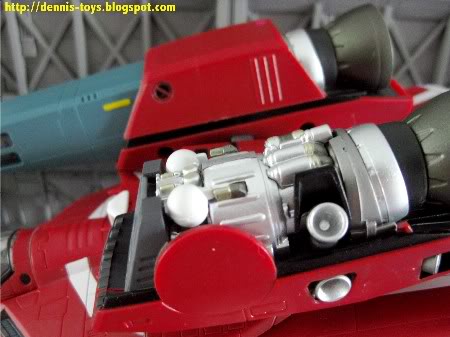 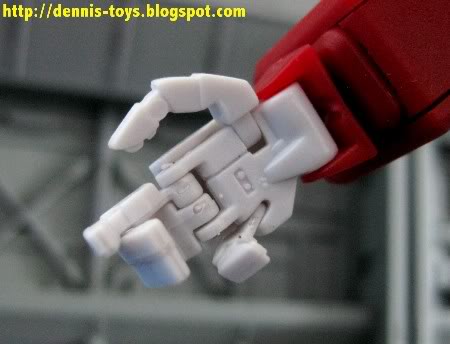 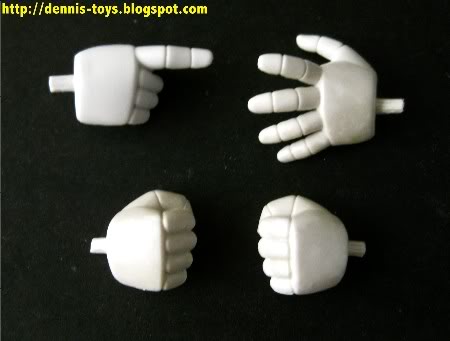 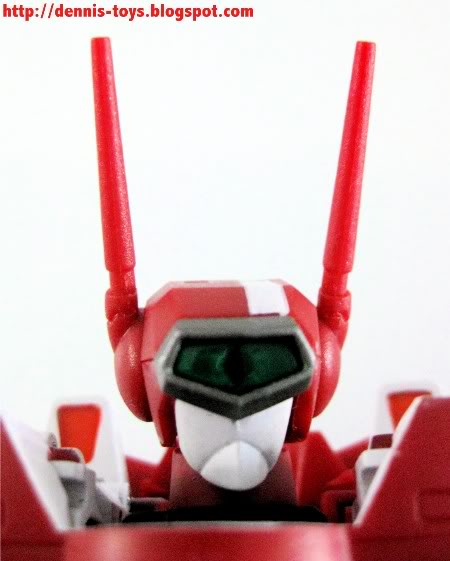 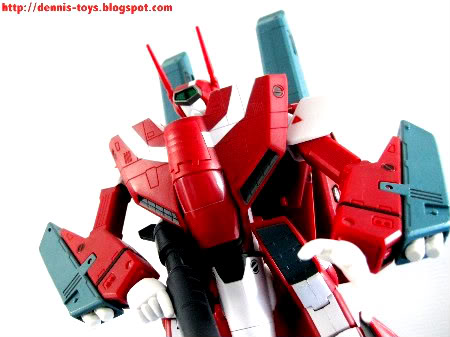 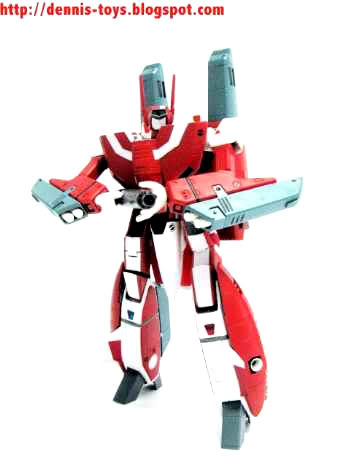 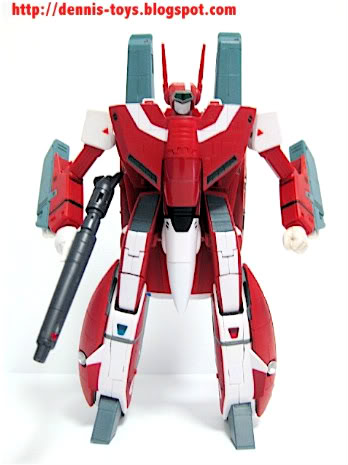 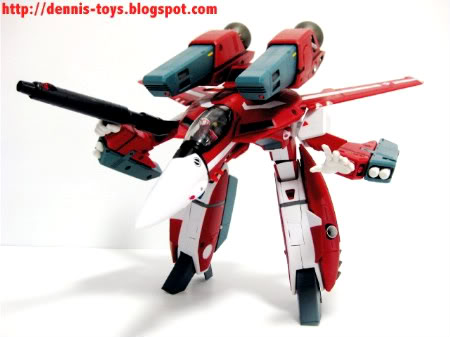 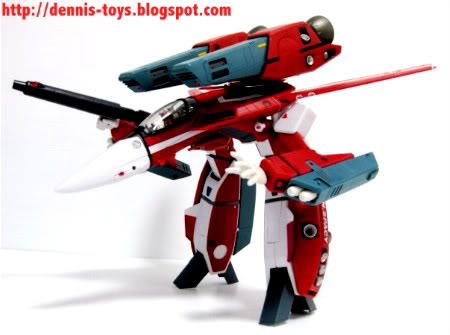 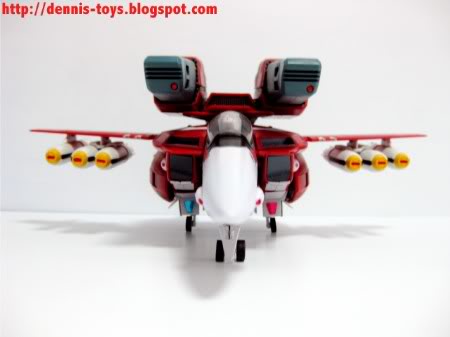 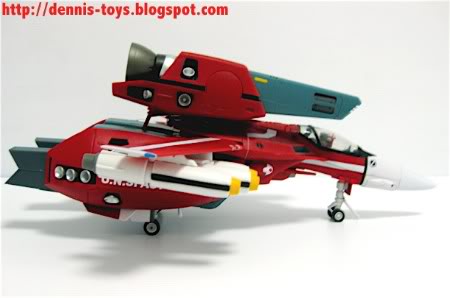 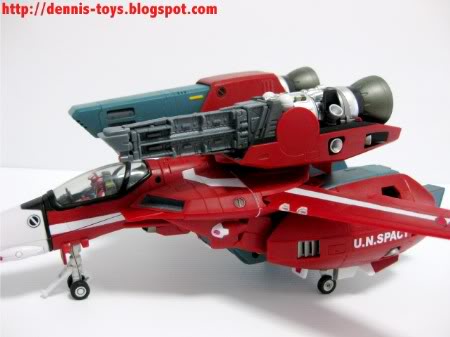 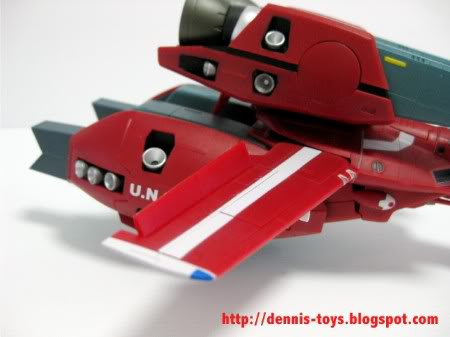 The front cover is like an X-Ray scale of the valkyrie and its parts. Flip open the cover you will see prints of 1/48 VF-1J Super Valkyrie in different modes. Lay out of the toy and accessories on clear plastic tray. Yamato has thrown in quite a number of accessories like different missiles, pilot & anime correct hands. The sticker sheet provides you will many options as to how you want your valkyrie to look. It's a very impressive huge toy. Comes with rubber wheels and metal landing gear. A close up at the cockpit area and tiny pilot 'Miria' would give you an understanding how detail this toy is made. The back of the wing can even flip up and down. The cover of the booster can be opened to add realism. Engine is nicely printed chrome!

A main feature that Yamato's 1/48 win over Bandai 1/55 would be that 1/48 valkyrie has legs that can be spread wide a part. This feature allows the toy to be really super posable. A close-up at the head ~ green len visor that looks like cat-eye. 1/48 VF-1J Super Valkyrie battroid stands approximately 13 inchs. The original hand of the toy looks like this. It's able to be conceal when valkyrie is in fighter (plane) mode. Original hands can be replaced with these fat hands (anime correct hands) to give the toy more feel!

I have traded off this 1/48 VF-1J Super Valkyrie with Mr K and by the time you read this post. The toy was already no longer in my possession. My collection of Yamato 1/48 scale valkyrie has slowly diminished to make way for Bandai 1/60 scale Macross Frontier valkyries. The comforting part would be that I'm able to open the toy, played with it and do a review of it, all thanx to the ever generous Mr K.
at September 15, 2009

Very nice, there is one high end macross collectible i really want and thats is a 1/48 VF-1.
Great amount of detail and an amazing tranformation.

Macross in Gerwalk mode is always my favourite :P

>> Ant Sized Man
1/48 is one of the best Macross toy range. Seems like Yamato is going slow on 1/48 scale and concentrating on smaller version two 1/60 scale.

>> deSMond
As for me, I like the battroid mode more.

This is a good looking figure! I wish I have one of those...

D, why go for something smaller? Do they stop making the 1/48? (to note: i know next to nothing about macross. :S Sieg Zeon!)

>> Leon
Yamato did a good job on the design, molding and paint job.

>> KazeTora
Probably collectors may think that very big toy take up a lot of space especially in display cabinet. A smaller version would be more handy during transformation.