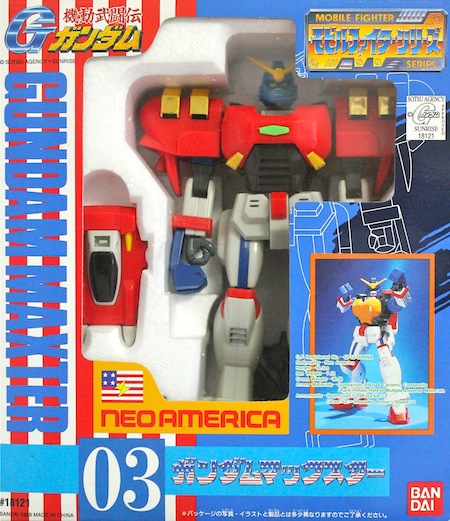 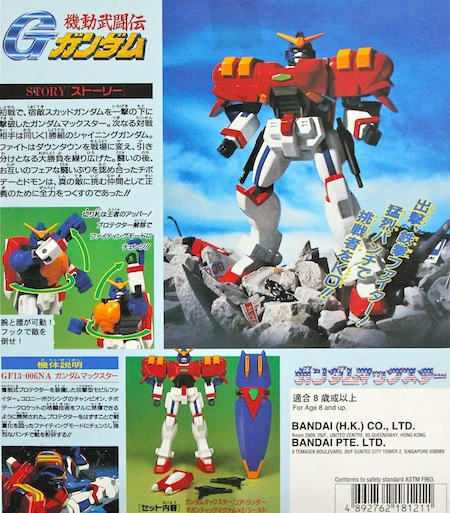 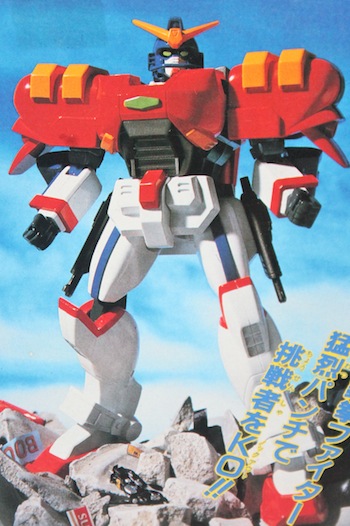 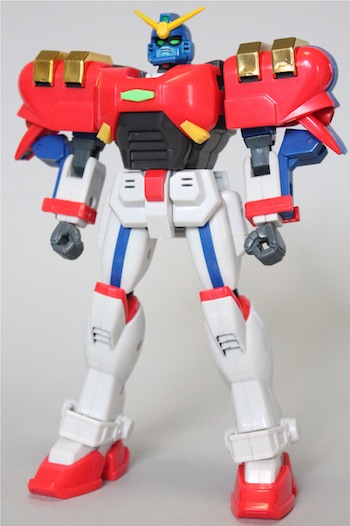 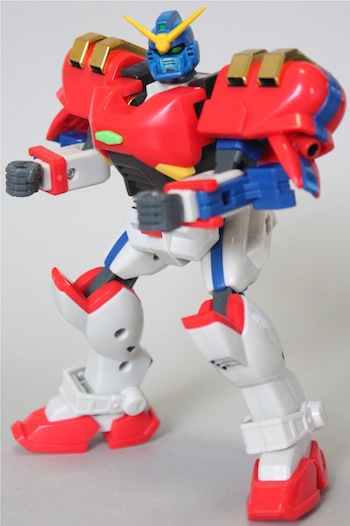 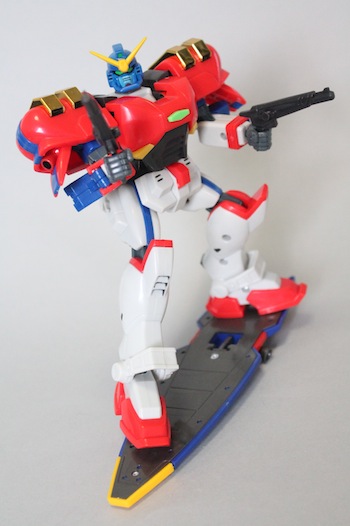 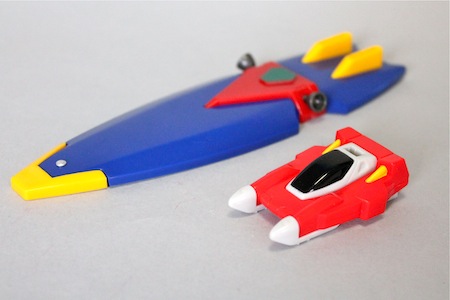 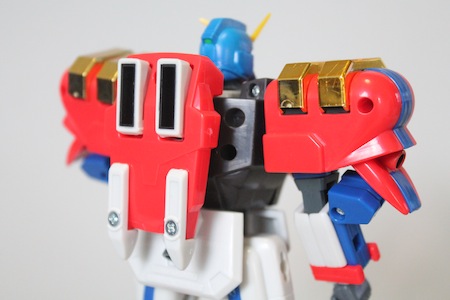 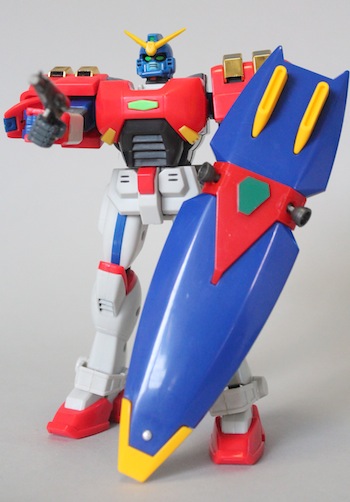 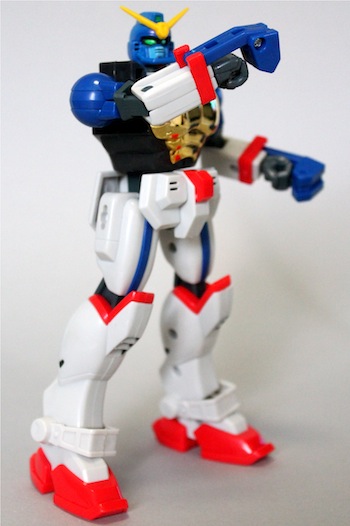 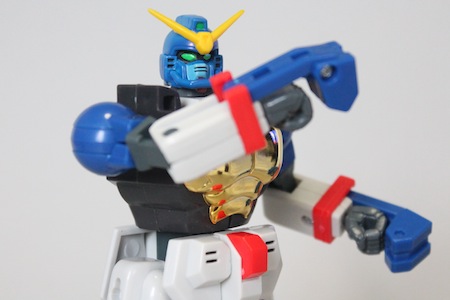 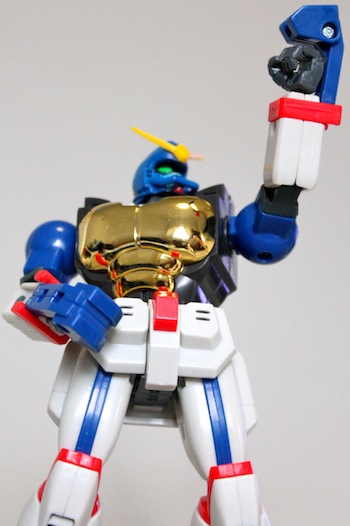 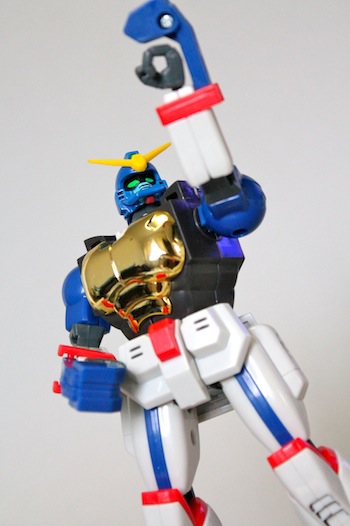 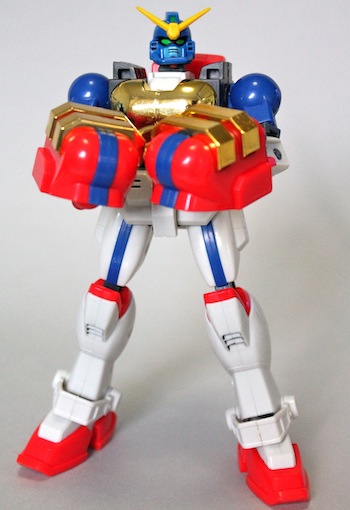 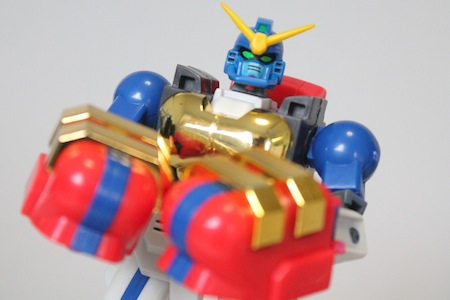 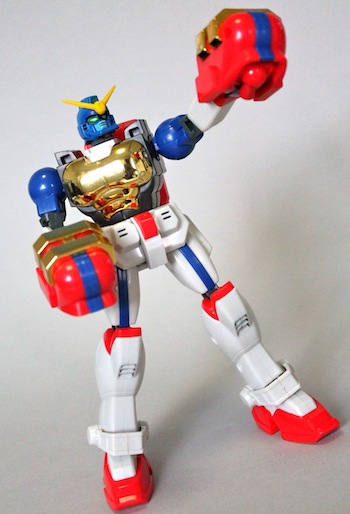 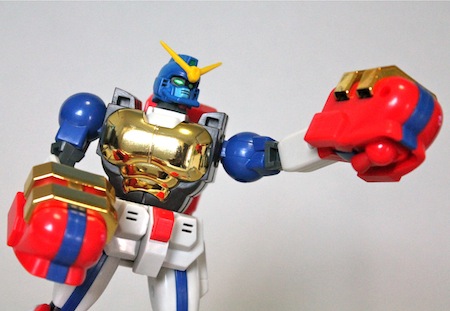 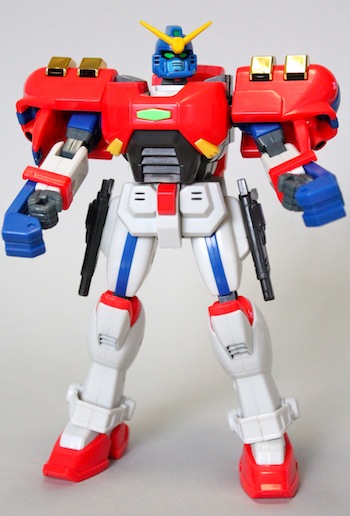 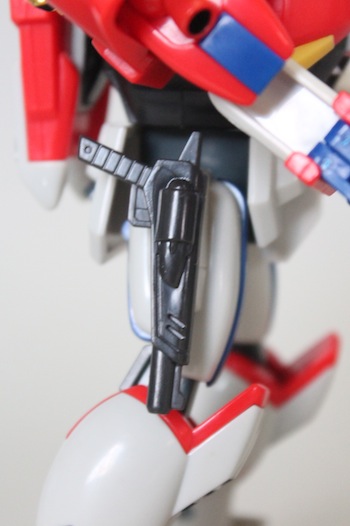 Hey Japanese!!! Machine Gun Punch!!!! These quotes of Chibodee Crocket (pilot) stuck in my mind for a long time having watched the Japanese language version of 'Mobile Suit Gundam G'. GF13-006NA Gundam Maxter is a mobile fighter for the nation of Neo America built for the 13th Gundam Fight. It was featured in the anime Mobile Fighter G Gundam.

The unit is piloted by boxer Chibodee Crocket always entering splendidly with grand entrance. Chibodee is much of a comic relief and the Neo America Gundam design is truly a strong stigma of US from American Footballer design with surfboard as shield, a pair of cowboy's gun aka Gigantic Magnum and best of all, the American Footballer shoulder pad. My favourite Gundam mobile suit from G Gundam. It's very U.S.A iconic mobile suit that dressed up like American football player and holding two pistols like cowboy. If you have watched the animation, You either love or be annoyed by Chibodee yelling Maxter Gundam killing move "Machine Gun Punch".

This is a revamped post of my previous. I'm using the packaging is the Japan version and had replaced the actual toy with a reissued version for U.S market. The U.S version had replaced the yellow portion of the Gundam with chrome. I had discarded the the Japan version due to yellowing but I do like the packaging a lot. One major flaw of this later version is that the face of Maxter Gundam, supposedly white had been smeared with blue. Also in comparison, the U.S version feel more plastic.

maybe is just me, but this mecha has a sort of funky look, like it were from the 80s, despite the Mobile Fighter G Gundam Series was released in the middle of the 90s...

yet, the color scheme with golden parts and the design of this action figure is very appealing and well, it looks for me as "plastic" as any other figure of this kind... =)

Bro, if you don't show its packaging, I thought this is an unofficial gundam figures by a third party company.

>> Chrismandesign
G Gundam might be re-looked by Gundam fans again now that Gundam Build Fighters Try focus on Build Burning Gundam as the protagonist MS with punches and kicks.

Still a UC fan as I'm always am. I also like the u typical nature of G Gundam. Crazy and out of the box. The anime was a good attempt through even might not be entirely successful.

>> deSMOnd
Come to think about that, now there are many 3 party model for Gundam as well. At times, their quality might even exceed expectations.

Thank you for your interesting and informative blog. I have enjoyed reading it and appreciate the work you have put into it. Here is some relevant information for you to review .
Toy Machine Guns