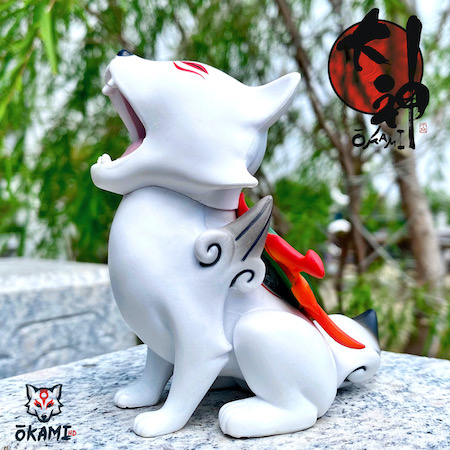 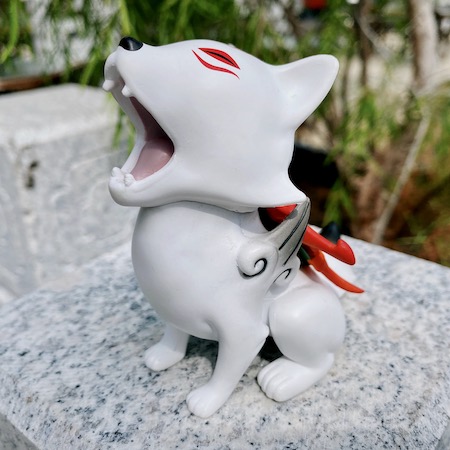 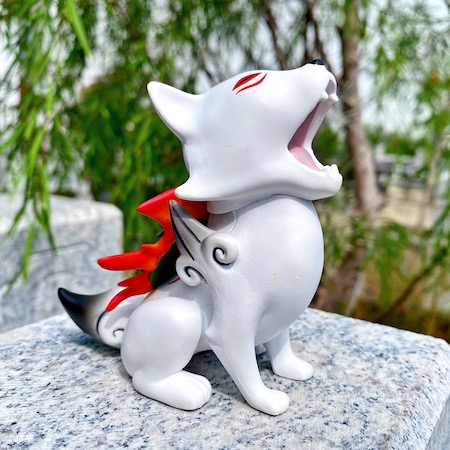 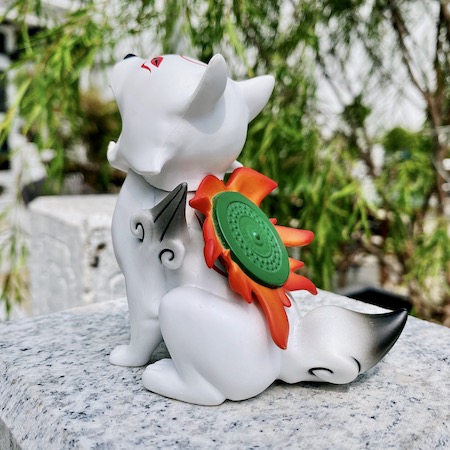 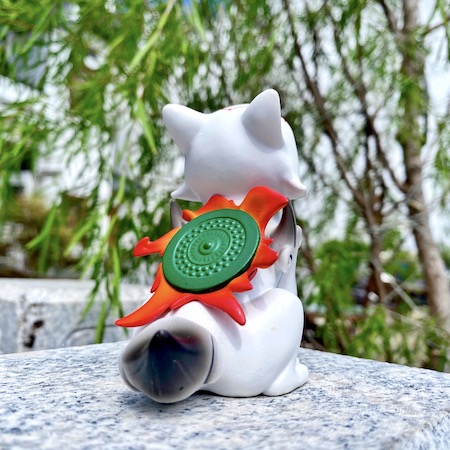 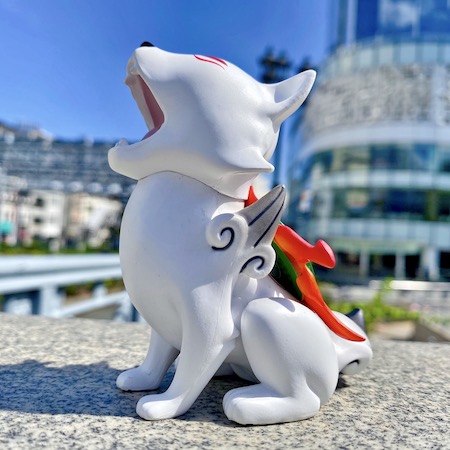 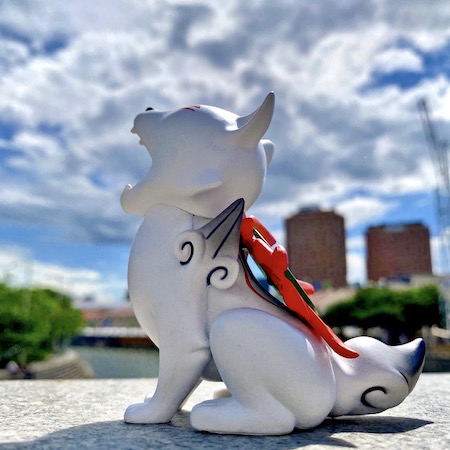 The great spirit Ōkami ... Pray that all things go smooth and well ... Ōkami is an action-adventure video game developed by Clover Studio and published by Capcom. It was released for PlayStation 2. Ōkami is a snowy white wolf as a deity in Japanese myth and legend. In the game, it has that coin like wheel with flame ignition. Appearing as though it has descended from the Celestial Plain, this SD version of divine Ōkami by Lootcrate.
at March 12, 2021

Wait pal!... I have this character as option to play in Marvel Vs. Capcom Ultimate, where it’s named Amateratsu and yeah, it has some great moves and attacks, albeit it looks less tooned than in this version you’re featuring in you publication, that is kind of cute... I’m still trying to explore each character of the game, HE,HE!...

>> Chrismandesign
Never know Capcom inducted Okami into their versus game. More exposure for Okami. Kudos. Oh yes! This is more of a super deformed version of the actual character.

Bro, you should try to add the water effect to the cat in your picture just like the Merlion does.