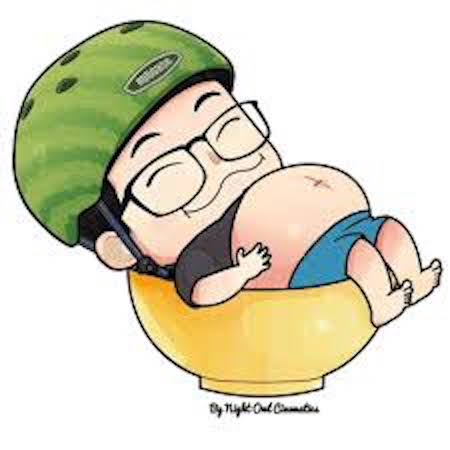 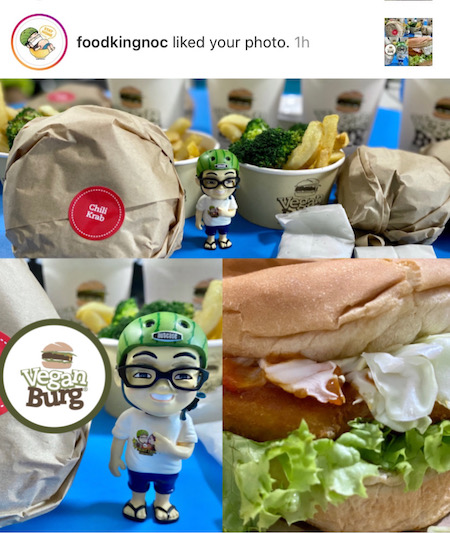 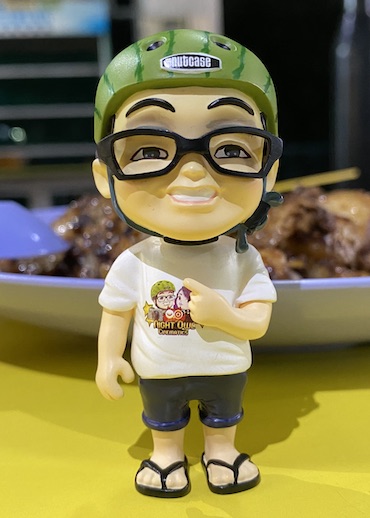 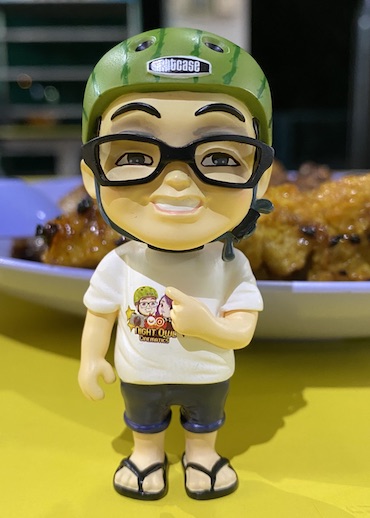 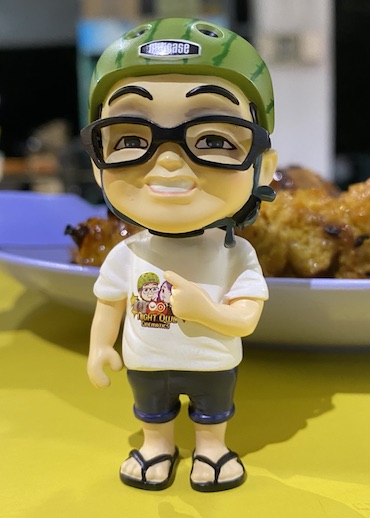 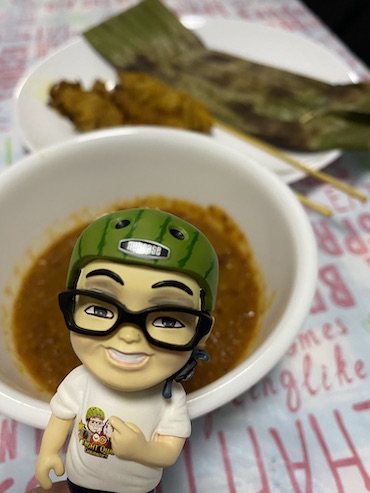 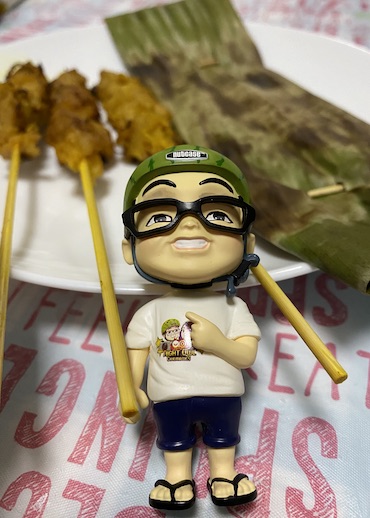 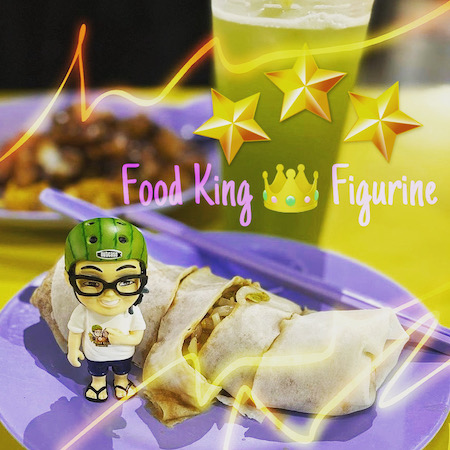 Singapore National Day is approaching so this post is dedicated to all our local content creators! I'm a big fan of N.O.C - Night Owl Cinematics and my favourite food channel on YouTube has got to be “Food King Good”! Delighted to hear the announcement of Food King "Si Kua Ong" figurine released on Shopee online store. Of course, I ordered it from Shopee and this figure is now my super Instagram prop!

Anyway, watermelon is translated as "Si Kua" in dialect Hokkien. Goes to say when combined with his surname will be "Si Kua Ong". Actually, Ong also means "King" in Hokkian, therefore he is referred as the "Watermelon King". Lolz... It's getting confusing so ultimately he is "Food King" on the channel.

The figure is pretty heavy and I believed is made of resin. It comes with a stand though the figure holds itself well without it. The icon of Night Owl Cinematics printing on the figure is also very sharp.

Today is my mother's birthday! She's born on the eve of National Day and I would like to wish both my mum and our national happy birthday! Cheers and beers : )

A collectible with ties to food!... Uhmmm, I find it tasty, right?... HEHE... By the pictures, it seems someone has a weakness for food, I don’t blame you, it’s kryptonite, LOL... That’s a curious figurine and yeah, by the neat sculpt you can tell it was made in some kind of resin (cold cast porcelain, polystone and the like), albeit the character looks less cute than in the illustration and the stamp in the t-shirt is quite detailed for the size, very interesting!...

Yeah bro, the figure is pretty detailed... It’s resin cos it’s quite hard and hard. Food with toy is a direction that I’m going with my Instagram IG...

First, I wish your mother a belated happy birthday. Second, could you give me the link for Ryan figurine as I also watch his NOC channel? Looks cute!

Thanx bro on behalf of my mum and I will DM the link for the figure...