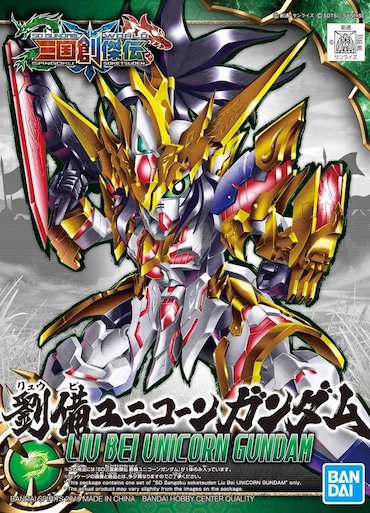 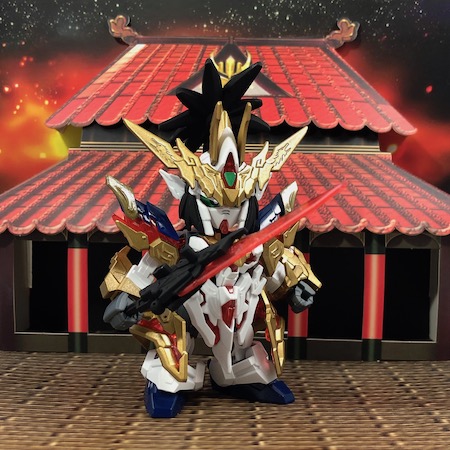 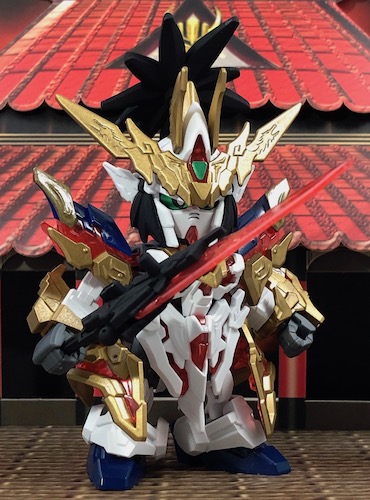 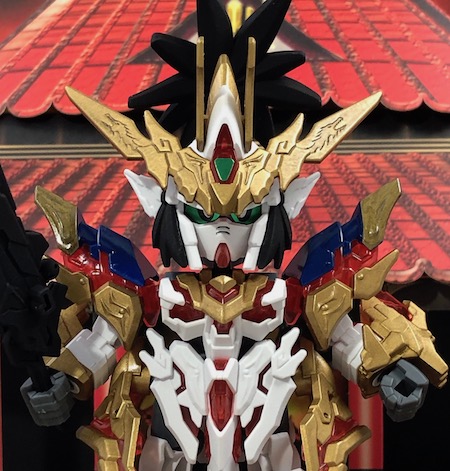 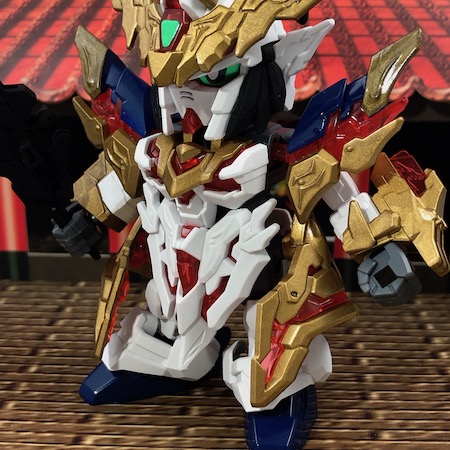 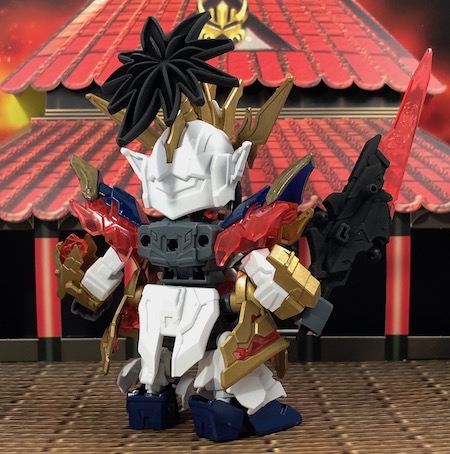 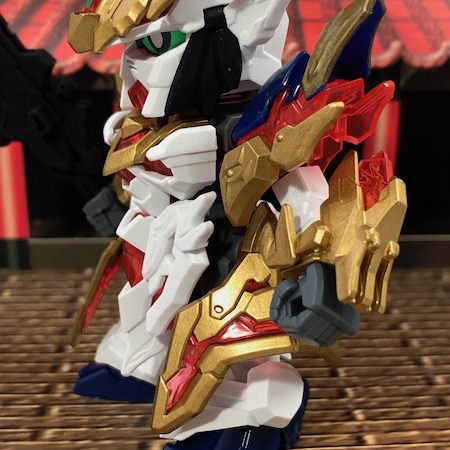 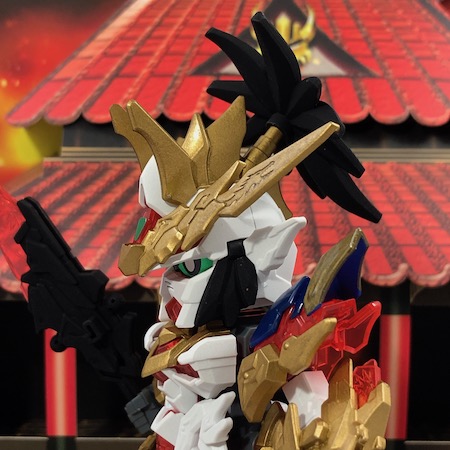 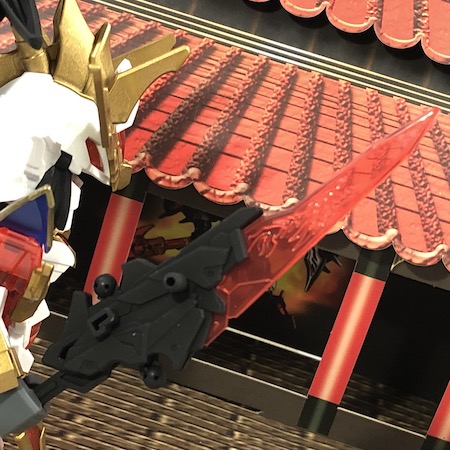 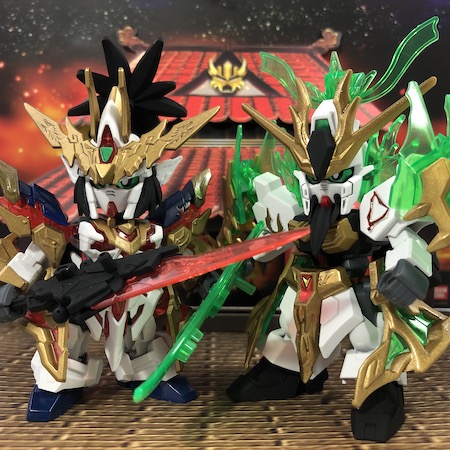 From the SD Sangoku Soketsuden series comes the Liu Bei Unicorn Gundam, a member of Dragon's Watch. He along with his allies Guan Yu Nu Gundam and Zhang Fei God Gundam set out to save the world plague with Yellow Zombie Virus. In this story, Liu Bei is the member of the Dragon's Watch, a vigilante group in the Shu region.

This model comes with the red Dragon Memory and its weapon can combine with Guan Yu and Zhang Fei. When assembled, it's stands about 9cm in height. Can really tell that Unicorn Gundam is the current emphasis with the 1/1 scale statue standing tall at Diver City (Odaiba). Perhaps Unicorn Gundam would one day supersede the RX-78-2.

Once again, I would like to thank Leon (Open the Toy) for the SD Gundam Sangoku Soketsuden Liu Bei Unicorn Gundam model kit to begin a new era of SD Gundam Three Kingdoms. If you have noticed, Bandai has increase the amount of effect parts and reduced the number of foil stickers to this SD toyline.
at October 11, 2019

I have heard that his evolved Sangokuden line features several improvements regarding the previous lines, with more parts, better / more detailed molds, better proportions and a bit more articulation; looking at your models I would say that they look more appealing, even with the shortage of stickers... I didn’t know that there was a timeline when yellow zombies were a threat, it sounds interesting!...

>> chris - Bandai keeps evolving but I'm notsure if getting less SD looking would be the best idea. Only time will tell. As for model kit, having less stickers and more effect parts makes better it more value for money.

Bro, the backdrop matches your figures posing in front.

This backdrop is manned for the previous Sangokuden SD anime. It’s perfect : )