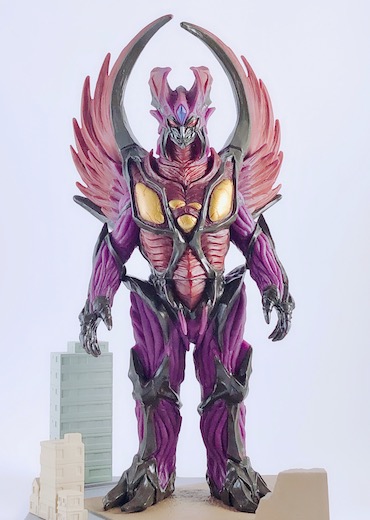 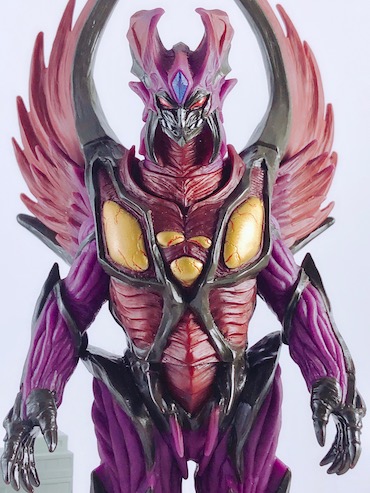 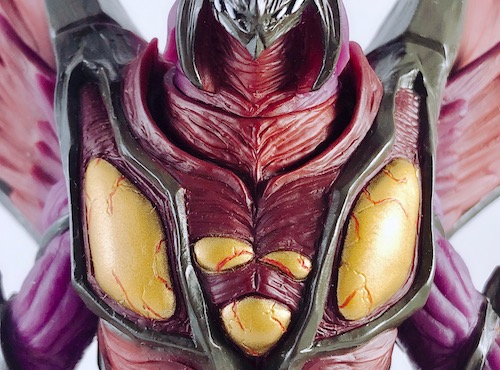 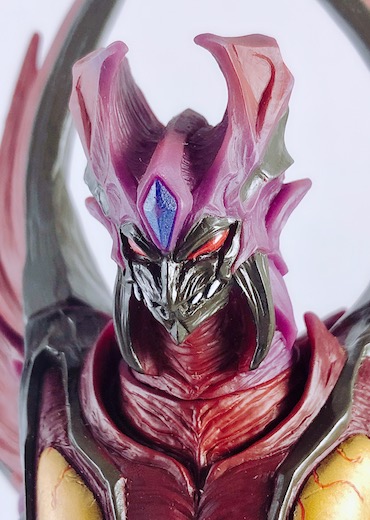 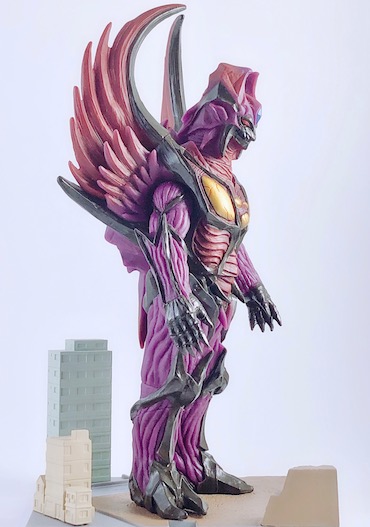 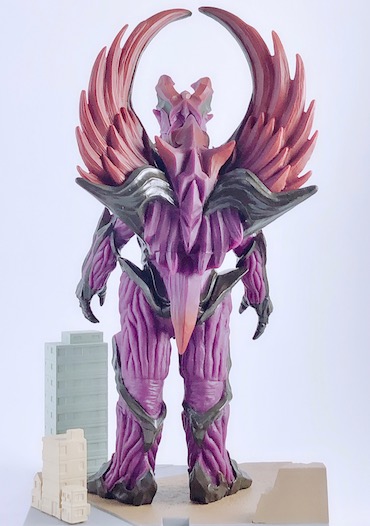 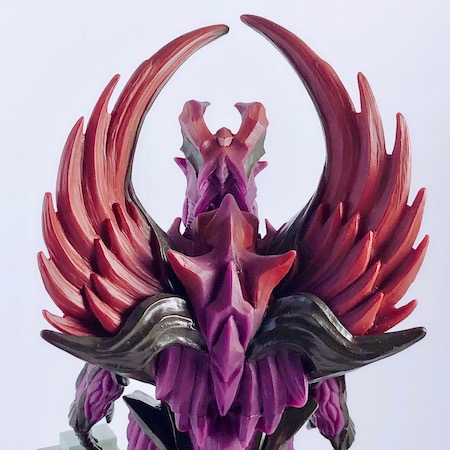 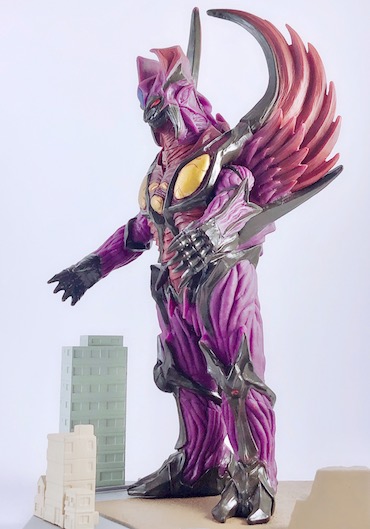 Chaos Header is the main villain of Ultraman Cosmos. He had been infecting monsters several times and Chaos Darkness is one of its evil forms. In 2002, Bandai gives Chaos Darkness An accurate reproduction of the Kaiju monster as seen in the Ultraman TV show or movie. It's a very cool figure that stands about 6 inches tall, made by soft vinyl.

A bit of background to Kaiju Sofubi, meaning Monster Vinyl Figure. The simple figure with several points of articulation movable arms, waist and head. He is molded in purple soft vinyl with various painted colours. One in a large collection of strange and wonderful creatures that appeared in Ultraman series.

I would say the design of the monster is based on the mythic Garuda, a bird creature from Hindu mythology that has a mix of eagle and human features. He is the vehicle (vahana) of Vishnu and appears on the god's banner.
at February 24, 2019

You must be think again. Man in bird suit lolz.