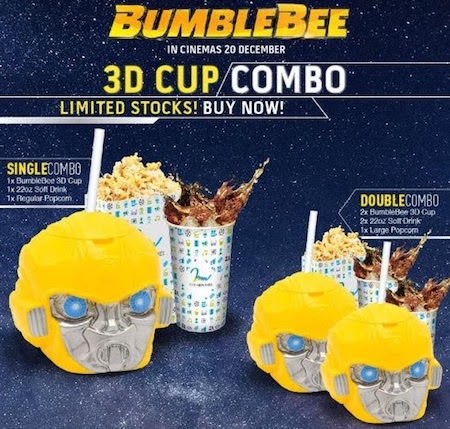 Today's post is on a memorabilia of BumbleBee Movie 2018 which I have watched last Christmas. The BumbleBee 3D Head Cup comes with a combo set of popcorn and drinks. Not too sure if it's available locally as I got this during my short vacation trip across the border at Malaysia, Johor Bahru. 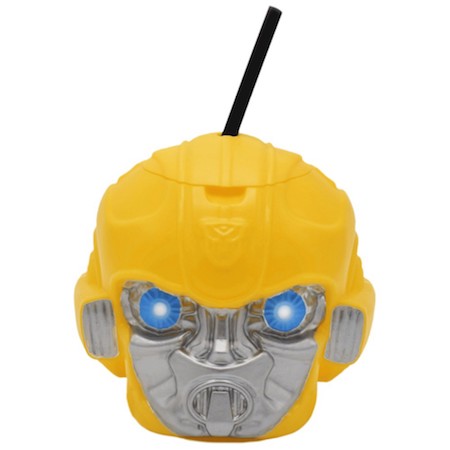 This is the original state of the 3D Head Cup with a lid that opens at the top and a hole for the straw. The cup feels very light and I have to put it on my palm like holding a skull. I hope it didn't creep you out. Frankly, it serve better as a display rather than drinking cup. Somehow, find the cup too plain and decided on hand painting it when I returned home. 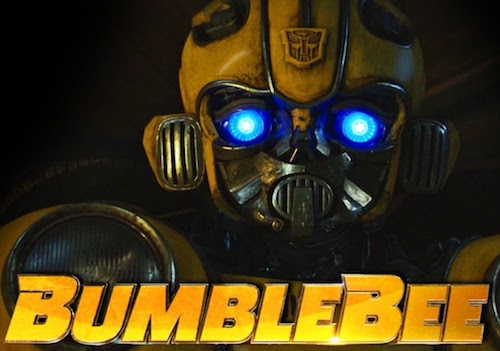 Let's talk a bit about this movie directed by Travis Knight. I truly enjoyed it as it kind of goes back to G1 root and this feels like a prequel to Micheal Bay's previous Transformers movies even though Michael is not involved in this movie.

Mature audience who live through the 80's would appreciate it more as it brings nostalgia like the Breakfast Club salute and even featured Transformers Movie anime song titled 'You got the touch, you got the power!'. Last but not least, this movie is like mecha and wrestling put together since John Cena  played a significant role in the movie. 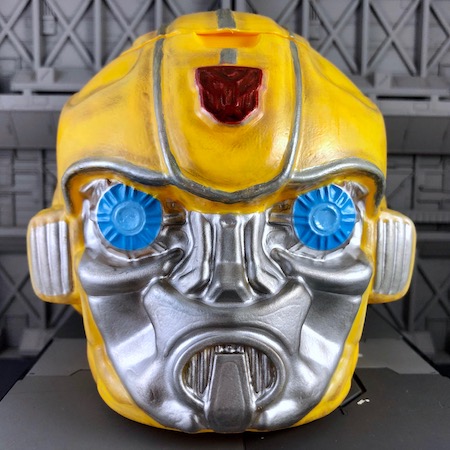 For good or bad, this is the finished product of the touch-up. I painted the plastic with an entire coat of yellow to strengthen the tone. I then hand painted the line areas with silver paint so as to add more details to bring it closer to how it look in the movie. The white eye pupil is painted over with light blue as I find the origin white rather soulless. I decided to deviate by painting the Autobot logo red instead as my impression of G1 Autobot logo is red. 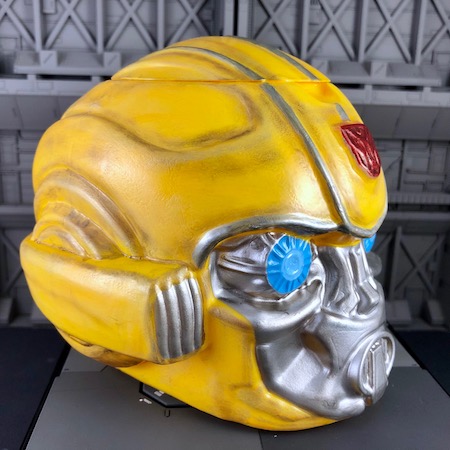 Lastly, BumbleBee appears to be dusty and tarnished most of the time in the movie, hence I added black weathering throughout. 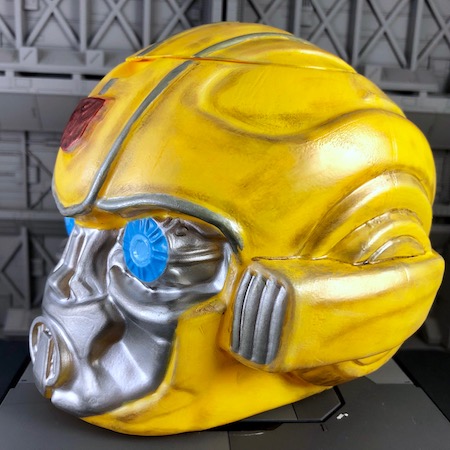 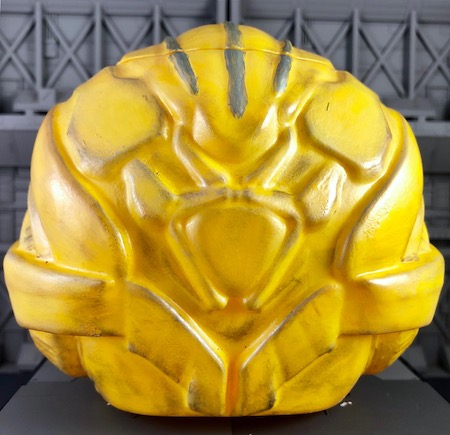 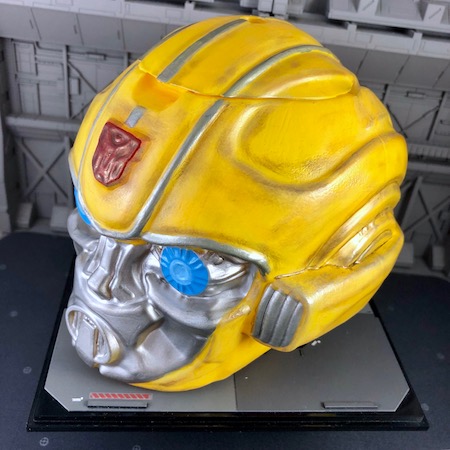 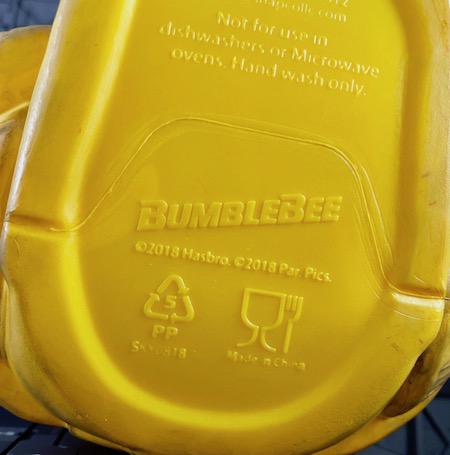 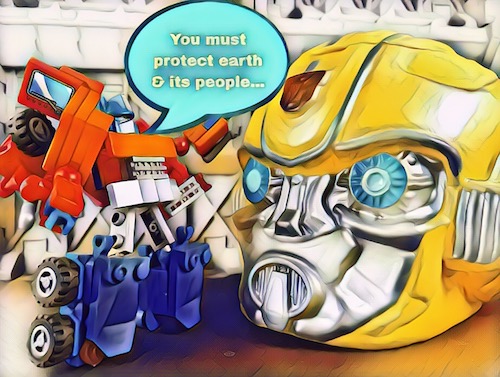 Took some fun pics and simple editing. Here's the mission... 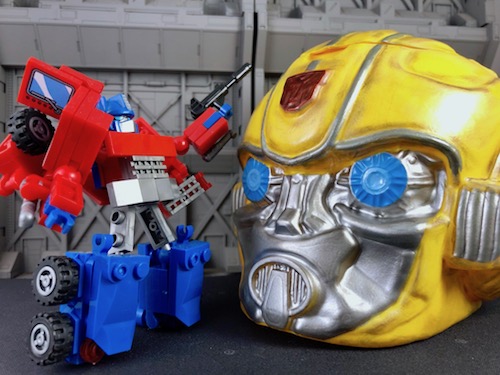 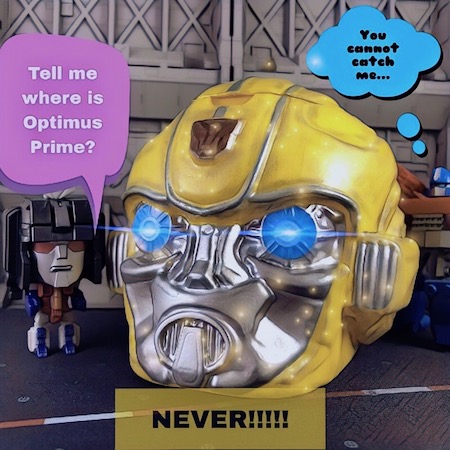 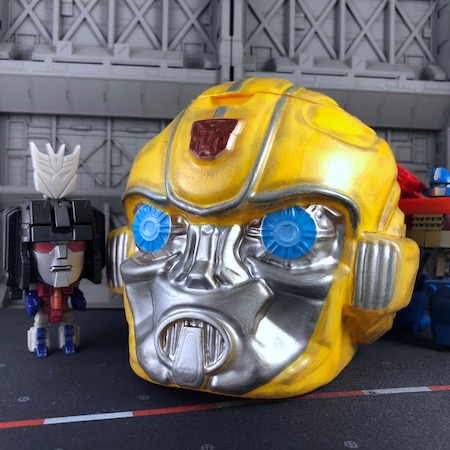 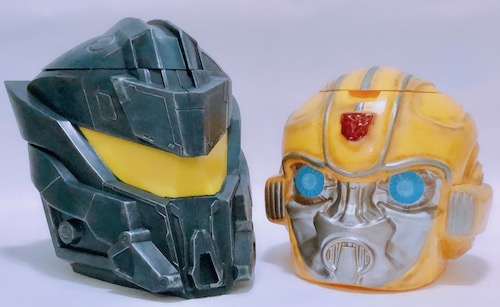 Bro, I personally feel that John Cena was an extra character in the film. The producer just anyhow inserts a well known entertainer to ensure the film can hit certain numbers in global box office.

Still, it’s cool to have Cena around. Undeniably, he is one of the reasons to woo moviegoers. I don’t find his role awkward the story is fluid...