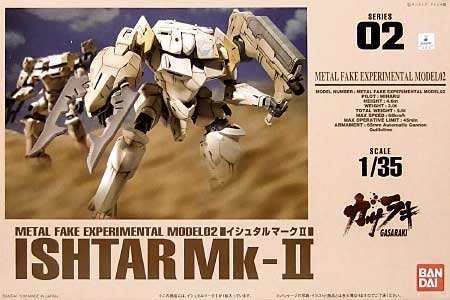 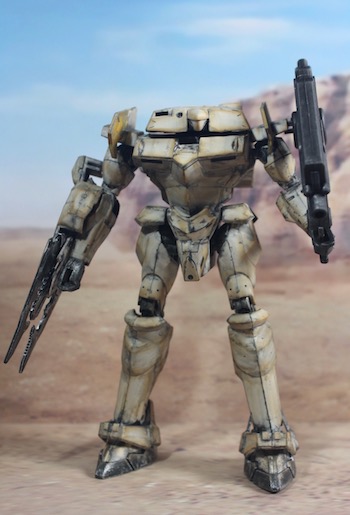 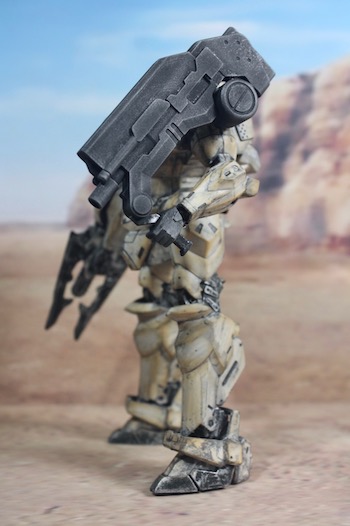 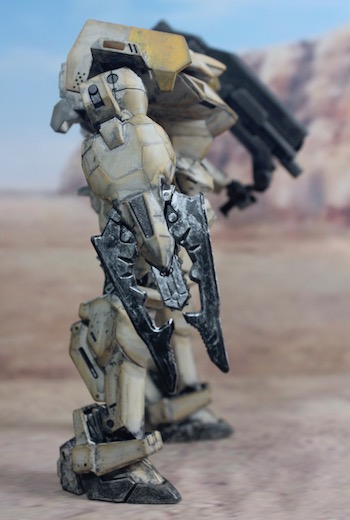 For melee attack is the claw like pincer, on the right arm like a Swiss Army Knife with chainsaw at the center. 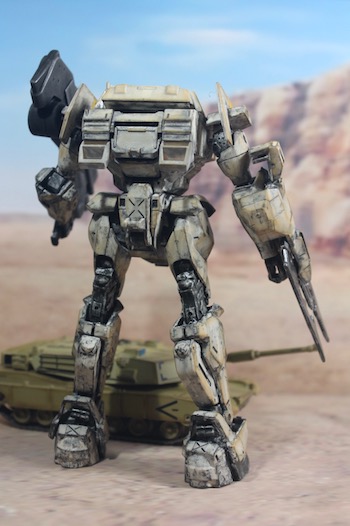 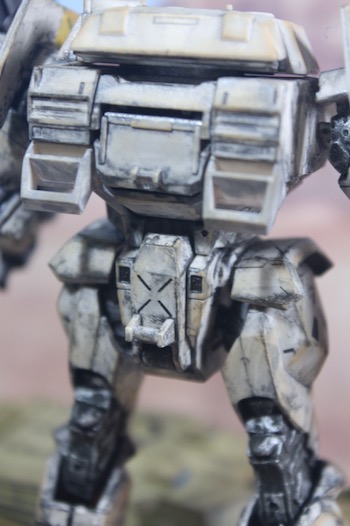 The rear of the model looks like a tank’s rear 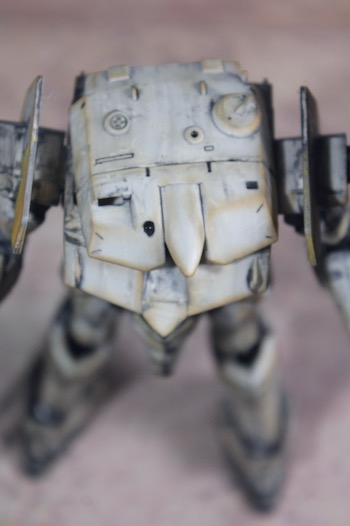 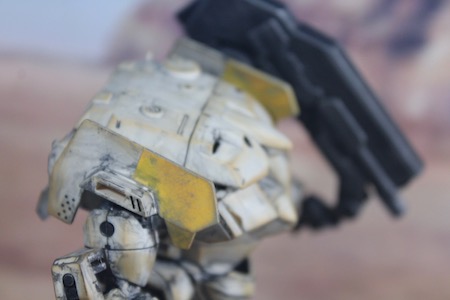 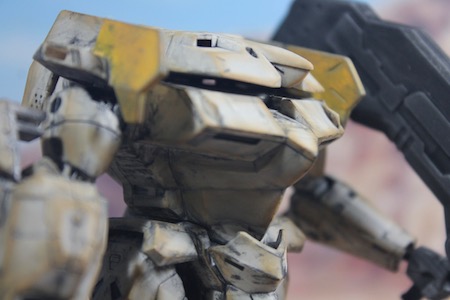 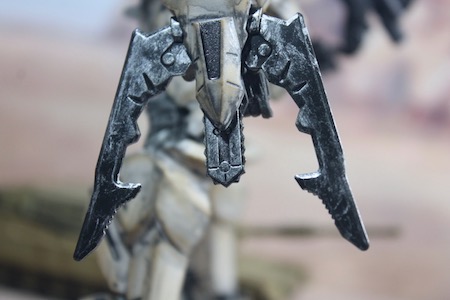 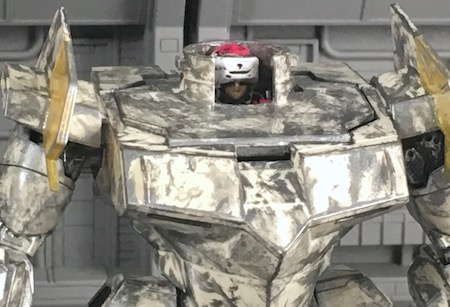 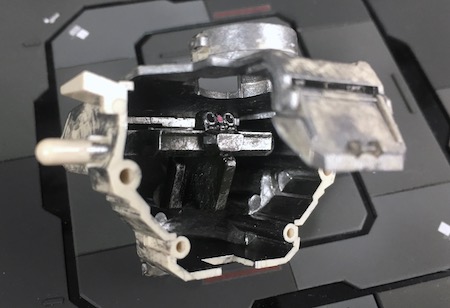 Dissect the kit, you get to see some cockpit interior details 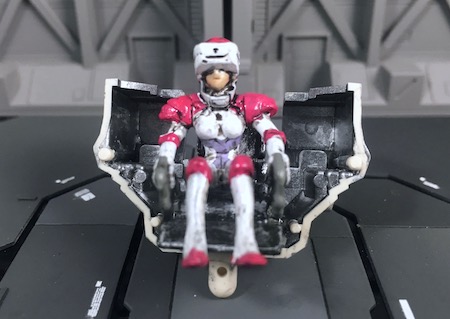 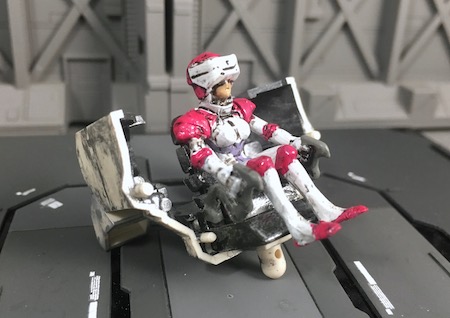 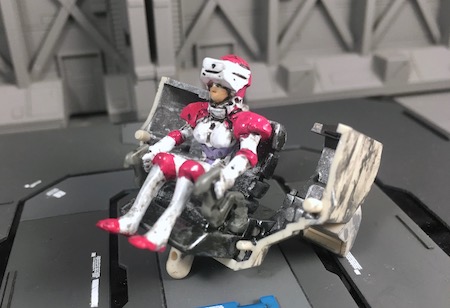 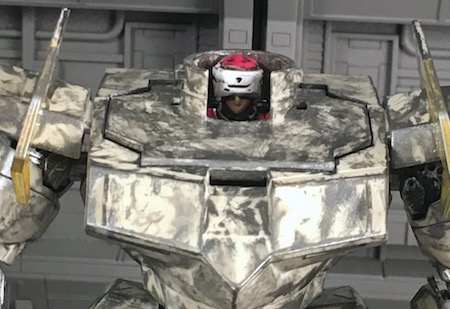 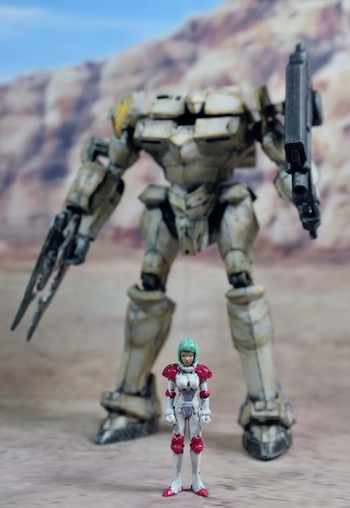 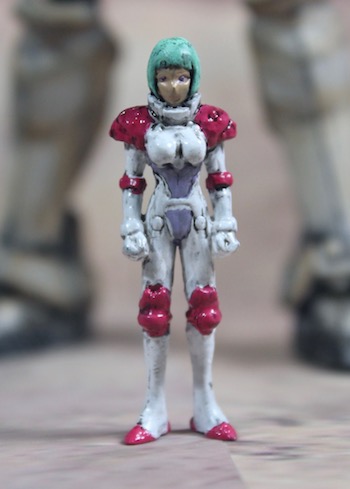 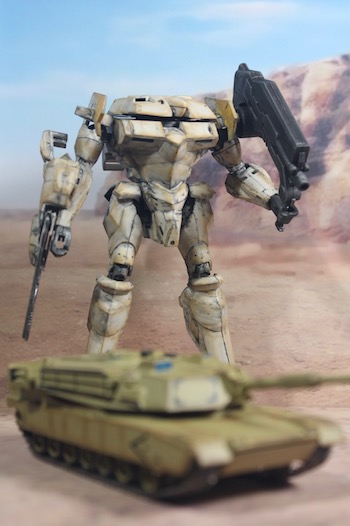 Many might not be familiar to Gasaraki due to its age or the complexity of the plot. Nevertheless, this anime has certainly some of the coolest mecha design (Tank like yet unique design) that looks at the replacement of military armored tank in our not so far future. I shall first start off with the mecha aka "Fake" piloted by the female protagonist, Miharu. The Ishtar Mk II is Symbol's second generation humanoid weapon system much like western version type of tank. The rear of Ishtar looks like a tank’s rear  head design of Ishtar shares similarities to the turret of a tank.

The theory under the limbs movement of the Fake is the use of artificial muscles. The colour scheme of Ishtar Tactical Armor Mk-II is short to desert used Abram tank in light brown or beige. Unlike typical tank that requires multiple personnels to operate, Fake needs only one pilot. However, the anime, the operation duration of this prototype experimental model, seems short and tends to take a ton on its pilot, especially mentally.

Ishtar's weapons are typically founding a pivoting mount, connected to the epaulet extension.  For melee attack is the claw like pincer (Guillotine), on the right arm like a Swiss Army Knife with chainsaw at the center. For long range, Ishtar's tank killer weapon? The solution is LOSAT or Line-Of-Sight Anti-Tank missiles on 65mm Automatic Cannon. Unlike relatively slow missiles with a HEAT warhead, LOSAT uses is a very fast missile with a kinetic energy penetrator.

Let's go to the model kit! One of those grandfather kits, released back in 1998. A fully articulated with polycap joints upon completion. I didn't fully sprayed the kit some the primary colour is the original plastic colour which I top coated it with matte spray, followed by some heavy silver dry brushing and used of Tamiya brown weathering brush.

Most of the painting effort is done on the pilot figures. 2 in-scale, unpainted Miharu figures (standing and sitting. Sorry for the amateur works, I hand painted the figures and uses washing technique for those black tarnishes. Ishtar's face, cockpit hatches, and ladder can open for pilot boarding. Dissect the kit, you also get to see some cockpit interior details.
at June 24, 2018

Bro, your dry brushing skill is getting better and better..looks professional...