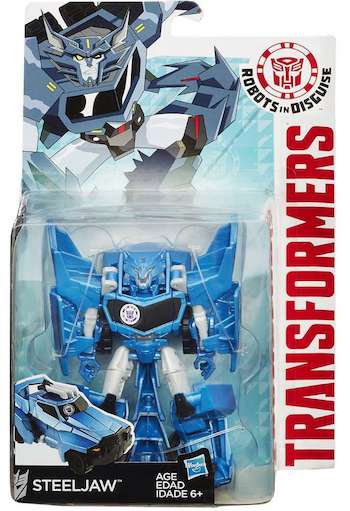 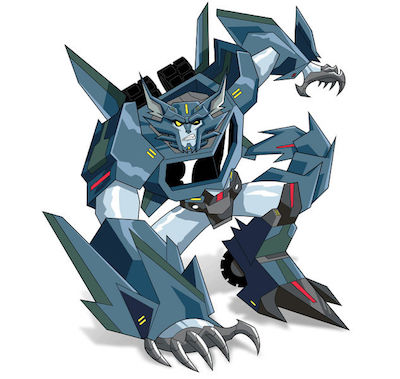 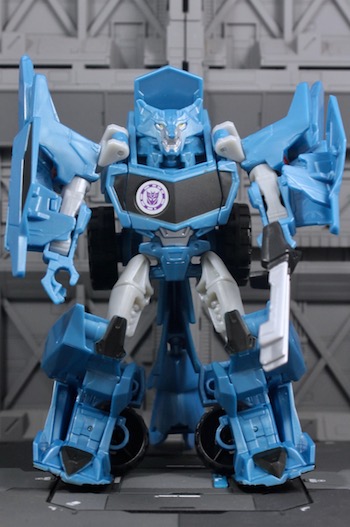 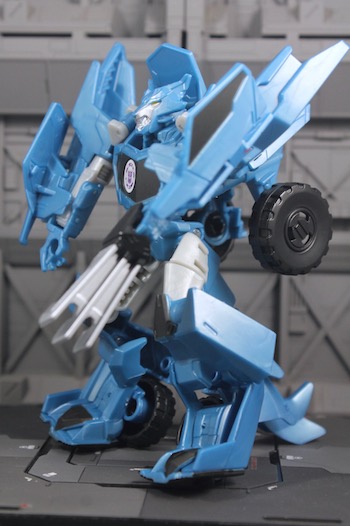 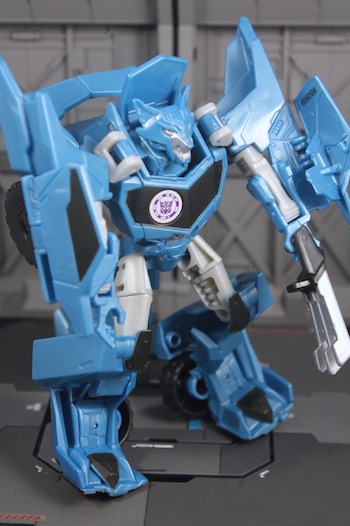 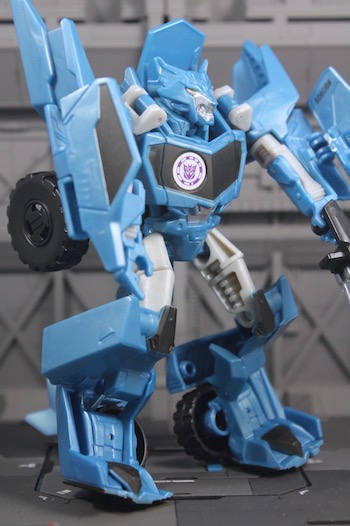 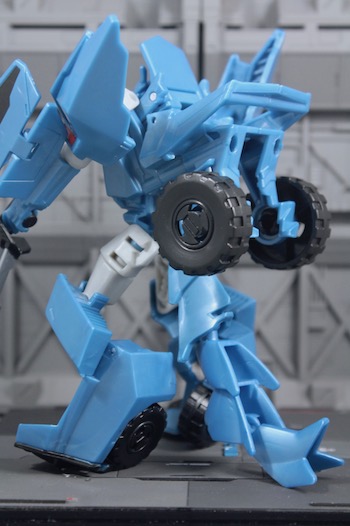 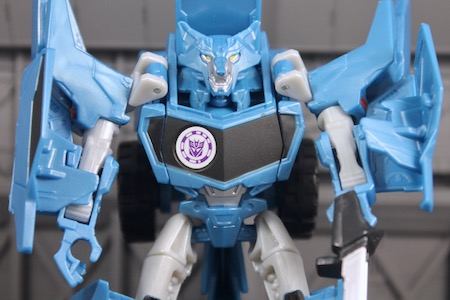 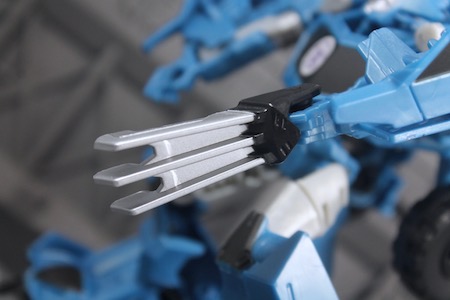 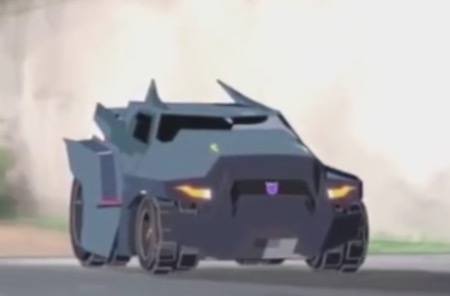 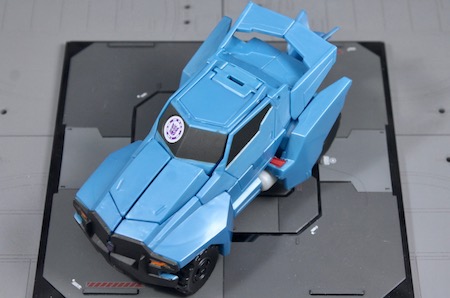 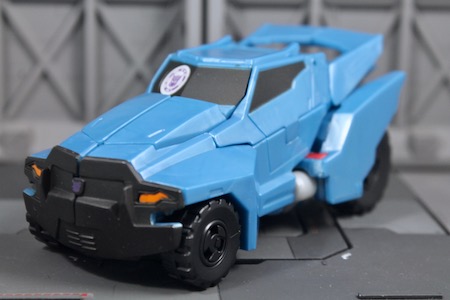 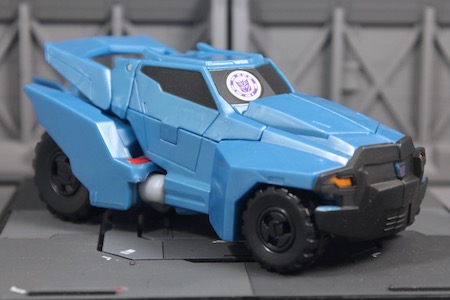 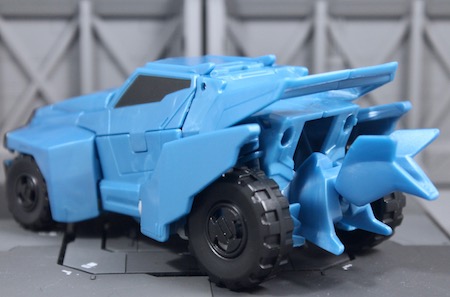 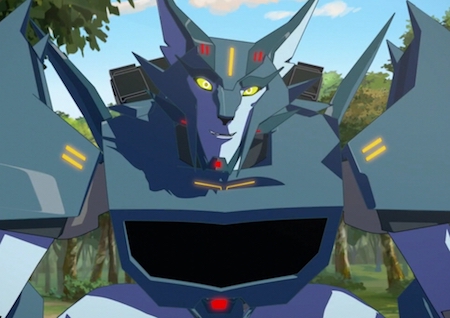 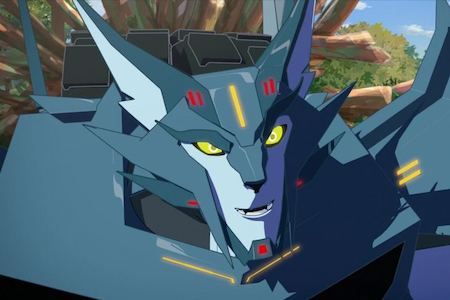 Steeljaw is a Decepticon leader of his pack... wurrwilf!. Initially a fugitive and prisoner on the Alchemor. The big bad wolf was responsible for instigating rebellion and criminal use of subsonics, which eventually got him imprisoned aboard the Alchemor. After his escaped when Megatronus crashed the prison ship on Earth, he tried to rally the other fugitives under his howl of injustice to conquer Earth and begin the Decepticon era anew.

Autobots beware, because this Warrior Class Steel jaw figure converts in a heartbeat from robot mode to combat truck mode and he's got a slashing claw to slash his foes to scrap! Convert him in 9 steps to either mode and keep converting him back and forth so his Autobot enemies can't keep up! Even though the transformation are only 9 steps, I still need to refer to the instruction manual but I got better after a few rounds, helping my kiddos transforming back and forth. In vehicle mode he looks fine like wolf in jeep's clothing. and I seriously like the vehicle mode over the awkward looking wolverine robot with a tail.

Well, the Slashing Claw is kind of cool. He has a great and somewhat angular mold. One impressive detail is the faction symbol on his front bumper however the sticker on the windscreen makes it really childish. All transformers toy in this series seems to bear is obvious sticker. It's a pretty durable toy with good use of some ball joints.
at May 16, 2018

I think so too! More of a toy suitable for my kids..