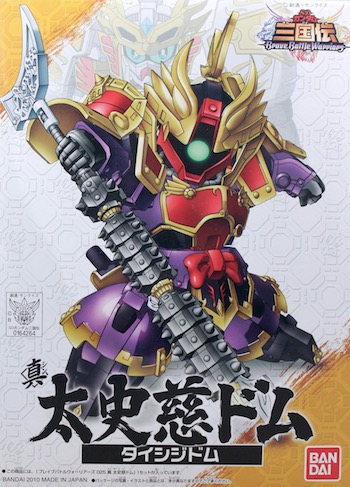 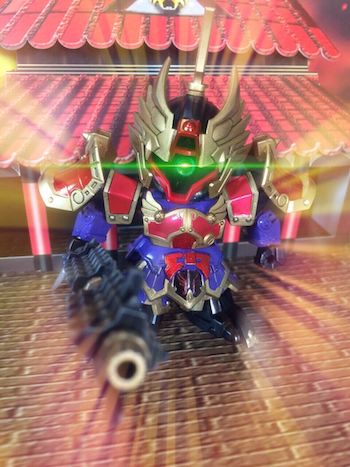 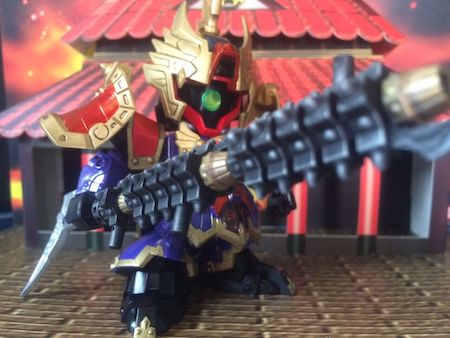 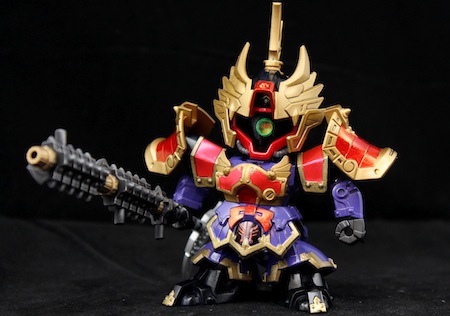 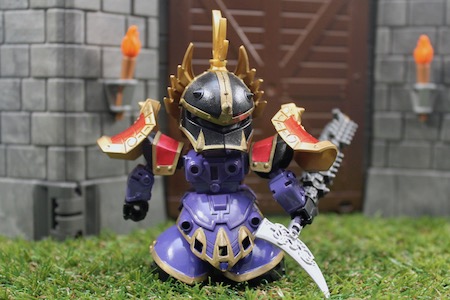 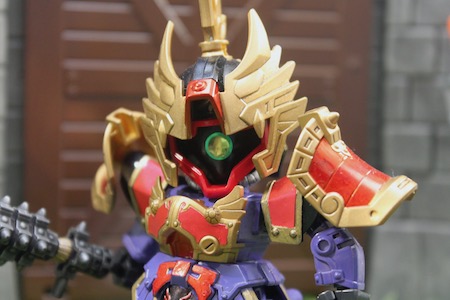 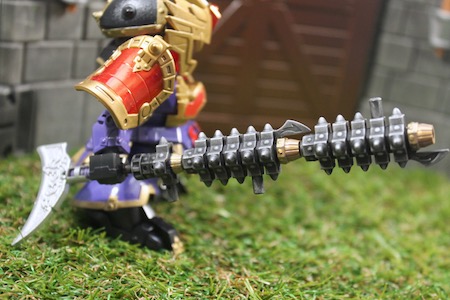 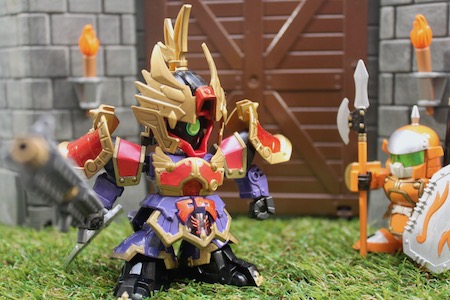 A recollection of BB Senshi Sangokuden that I had built for mono-eye event some time ago and finally a chance for this toy to have its own post. A stylized version of the Dom with the bazooka reshaped to a massive club as a character in the 'Romance of the Three Kingdoms' Gundam adaptation, Brave Battle Warriors. A general of the later Han Dynasty, loyal to Sun family under Wu banner, Taishi Ci has been praised for his bravery and courage, especially during his dual with Sun Ce.

His choice of weapon is a pair of twin rods which in 'Dynasty Warriors' is illustrated as a pair of huge maces. This kit only come with one mace though which maybe indicate that I should buy another set just to make a pair. The kit is 90% sprayed and painted by me with red parts on shoulders and chest applied with stickers. I have used a special translucent round convex sticker for the mono-eye so to make it stands out. The weapon had been dry brushed for the metallic look. The colour scheme of this kit looks great and I'm really thrilled by those heavy armoured plates on the upper torso and grand helmet.
at August 27, 2017

Uhmmm, this is probably one of the most imposing BB Sangokuden I have seen in your collection and the work on the armor is lovely, full of details, more than in other Sangokuden kits... The color scheme was the right selection, since red, golden and violet are color associated with royalty (I think more in the western cultures than in the eastern ones)... The ultra long club was a rather unusual election for the main weapon, but I guess a singular character deserves a singular weapon and it instills more respect for sure !!!... =D

>> Chrismandesign
Indeed imposing for it majestic design and its huge frame compared with other Sangokuden. Purple is unique just like DOM and it sure drawn the attention. The armour and helmet is very medieval general like, not so sure about western commander but it's kind of oriental to me...

Bro this is an old kit. really bring back some memories. LOL

The mono eye did stand out...

>> Desmond
Thanx to a modelling friend for the recommendation : )