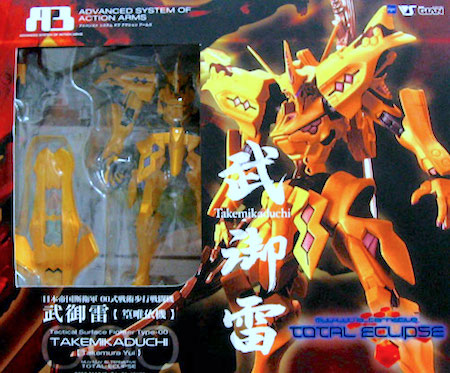 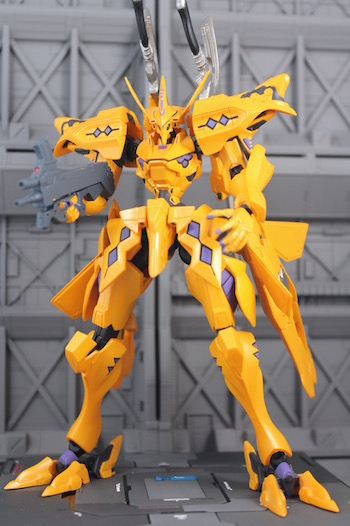 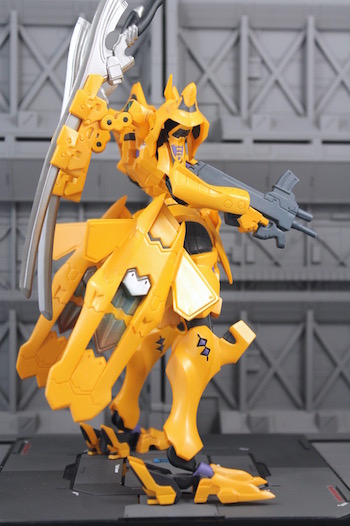 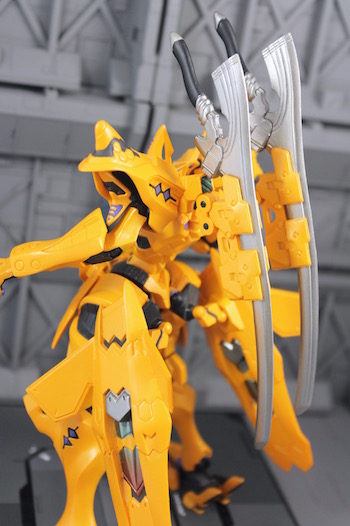 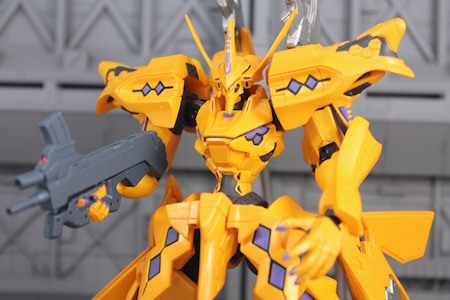 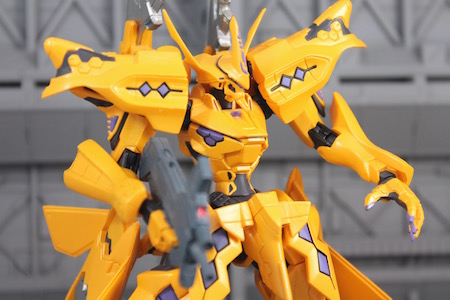 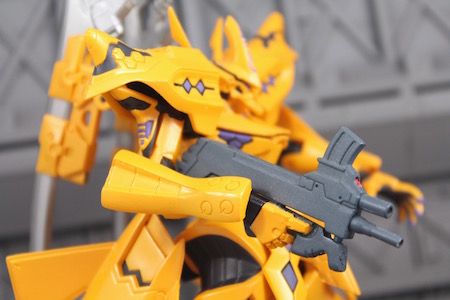 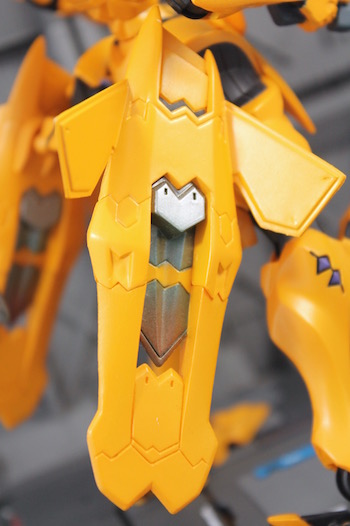 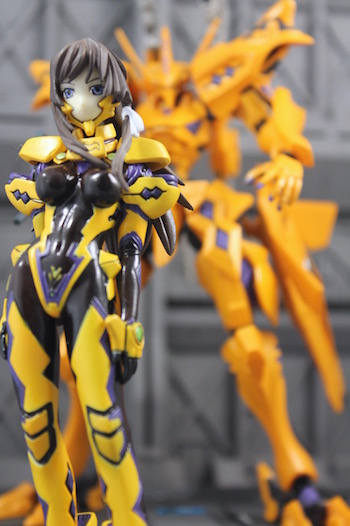 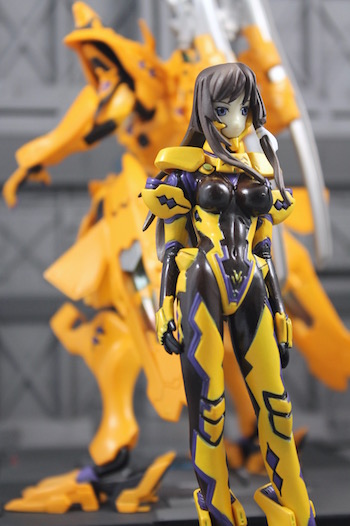 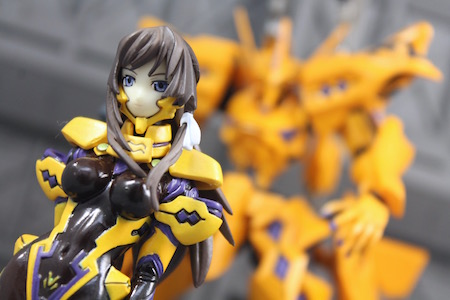 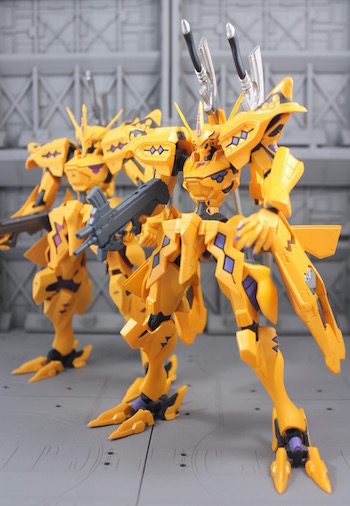 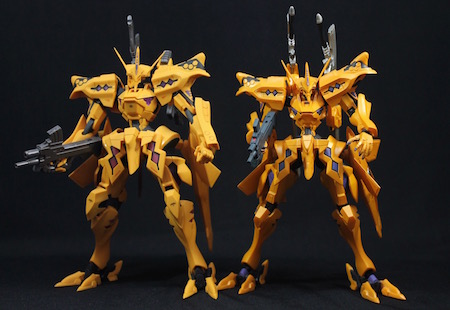 Takemikazuchi is the 3 generation Surface Tactical Fighter manned for royal guard in Japan. Customized for main Heroine Yui Takamura aka Princess Yui. Released by Volks under A3 line as a limited figure. Slightly smaller that Kotobukiya premium model kit, the figure stands roughly 17cm. Good size for display as its bigger than the Revoltech series. In short, this is an in between of the model kit and Revoltech. Definitely more playable that the model kit and looks sleeker the kit in comparison.

The sculpt is sharp and paint by Volks are neat with that slightly gloss finished. In terms of articulations, it loses to Revoltech but wins with good stability, thanx to the A-Lock joints. So good it produces a clicking sound whenever I moves the joints. I don't really see these range of figures locally. My first sighting was back then when I visit Volks store at Akihabara and a few years later when Volks exhibited their stuffs at AFA. Some general Muv-Luv figures can be obtained online fairly priced from Mandarake or AmiAmi.
at November 20, 2016

I don’t know if the rather overwhelming ocher yellow color scheme of this battle unit fits my taste, but the dynamic and sharp mecha design certainly "pays the bill" for me !!!... In the comparison picture, the model kit looks rather dull, in this case the slightly glossy finishing works better in that sense, giving the figure more realism and a better feeling for the unusual color scheme... The trading figure you used as complement (which obviously is not included with this action figure) clearly shows the affinity in the overall design between the mecha unit and the pilot... Stuff like that is even rarer to find here !!!... =OOOOO

>> Chrismandesign
The badass design of one of the reasons I like this mecha. The matte coat I used on the kit attributed to the dull side. The lack of skill on the kit played a part. The paint works and gloss finish to the figurine are impressive and uphold Volks standard. On the down side, many had spoken that those pointed antenna tends to dope downward over time.

>> Desmond
Gloss surface is also not favourited by me, that's way I usually spray my model kit with matte finish.