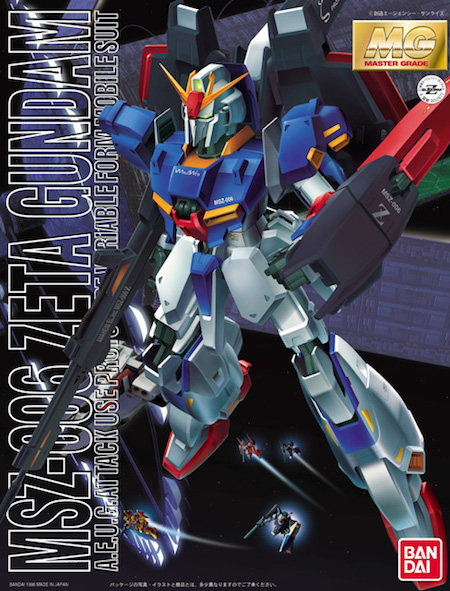 An old kit from my collection. Built and painted, not done by me but one I bought from Carousell app. The previous owner probably sold this for version 2.0. Well, it still a really nice looking kit and awesome on display. 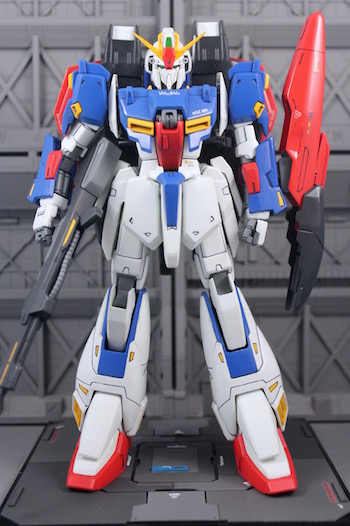 I think in comparison to the newer version, this Zeta probably looks less sleek. Nonetheless, the excellent workmanship and paint job by the previous owner had gave the Gunpla a great boost! 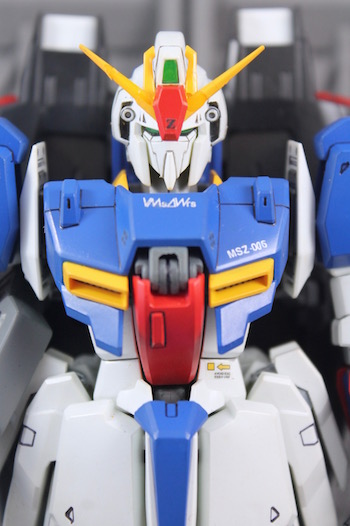 A close-up at the upper torso. Neat penal lines and details. 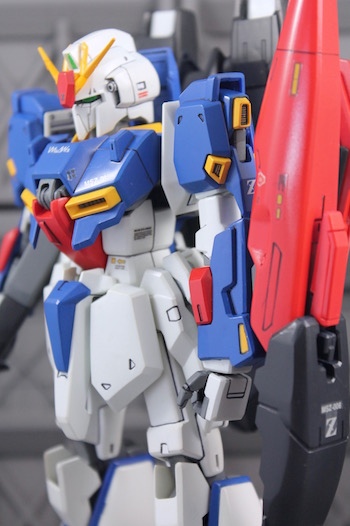 As usual, I did not transform the kit from robot mode to Wave Rider so as not to scratch the paint. Anyway, I prefer the robot mode. 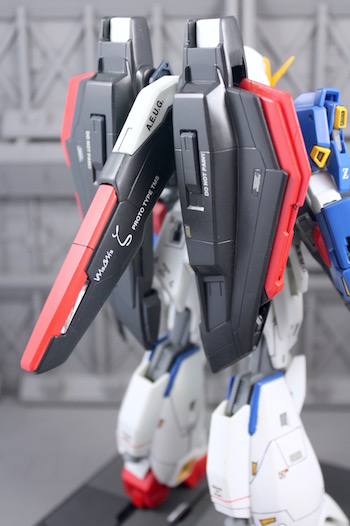 Somehow the flight haversack seems difficult to stay in place. 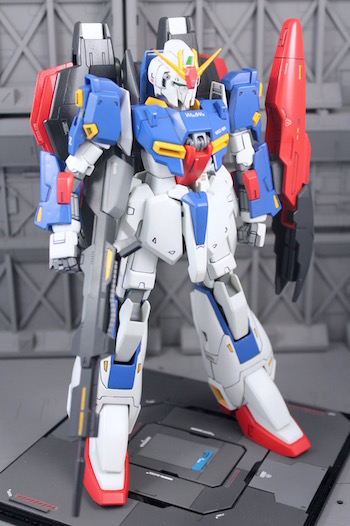 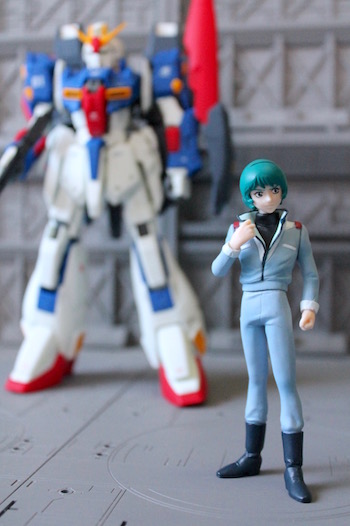 A habit of mine for getting the pilot figure to display with the Gunpla. Bought a trading figure of Kamille Bidan to compliment the Gunpla. 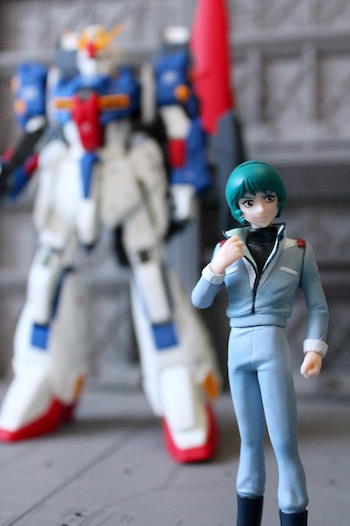 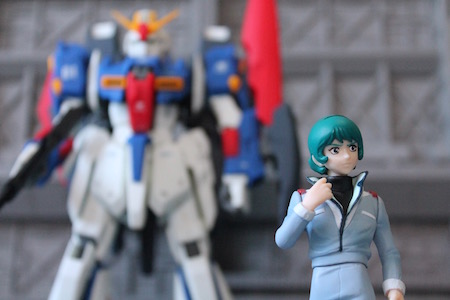 The Zeta Gundam is a transformable mobile suit, which can change from its normal humanoid outlook to a Waverider mode, which is more aerodynamically suited for long-distance flight or atmospheric re-entry. The shield on the left hand serves as both the nose and the heat shield of the flight unit while the legs become the main thrusters. The concept of a transformable mobile suit (TMS) is used throughout the entire series by both sides of the conflict, as Kamille frequently faced enemies with TMS and TMA while still piloting his older RX-178 Gundam Mk-II before switching to the Zeta Gundam.
at July 31, 2016

The old and yet timeless Zeta !!!... When it was featured for the first time in the Gundam Series, I guess it should be like a storm for the fans of the squared mechas... When you said "sleek", I thought in scrawny, which is typical in the modern mecha design; but I think the proportion in the original Zeta is fine and this kit does it justice... Nice paint job, that after all these years looks neat and it arrived to a good home, I’m pretty sure of that !!!... =D

>> Chrismandesign
Like they always say 'Old School Rocks'. Accurate to the anime and perfect by the workmanship. Definitely a must have on my display and specimen to Gundam route to transformation.

The Zeta Gundam!! i love this gundam in the gundam series and i buy a gundam on toyswill

With panel lines, they definitely enhance the details to make the figure stands out.

How much you pay for this? I'm interested to get something like this as well (build and painted kit) since I have no time to build PlaMoKit nowadays....

I managed to get it for around $50 Sing for Carousell app.