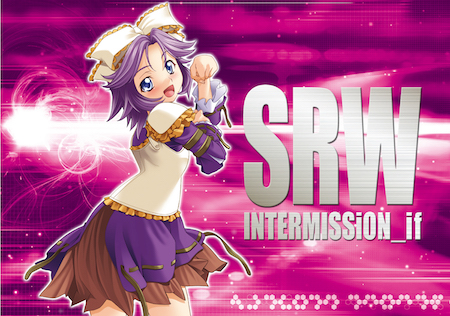 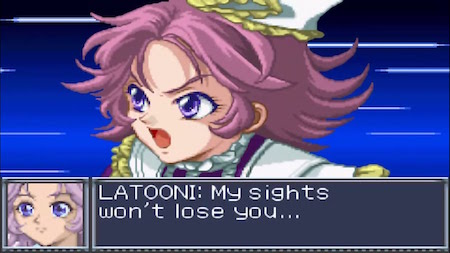 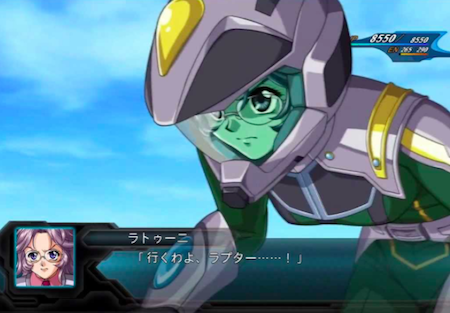 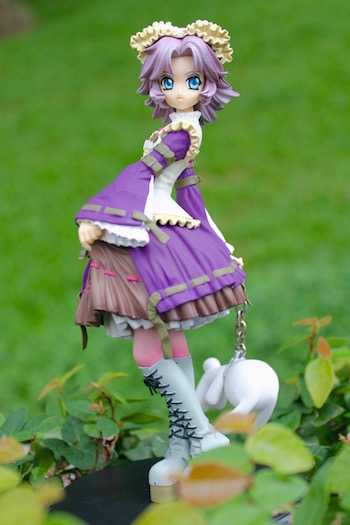 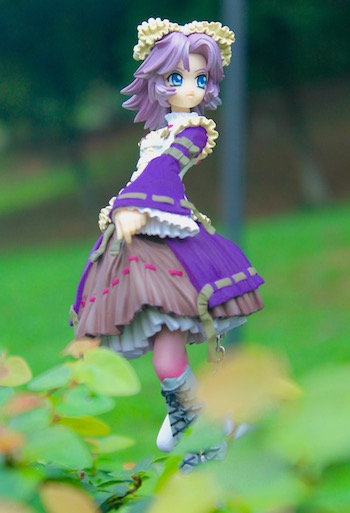 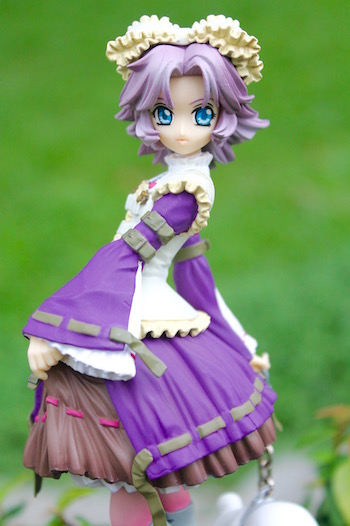 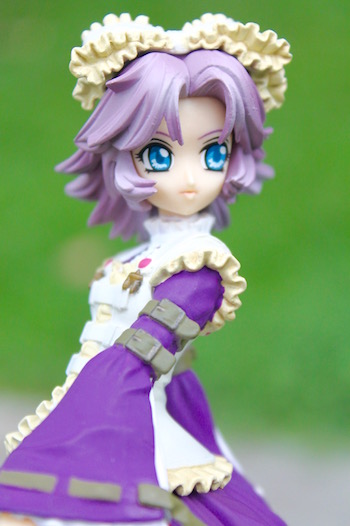 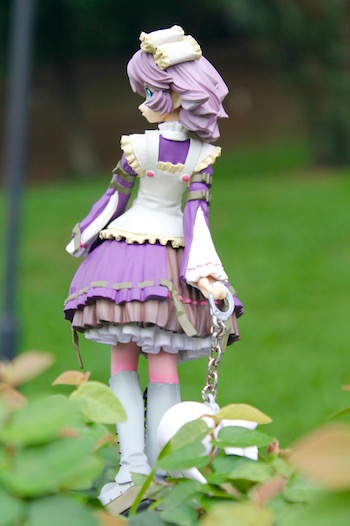 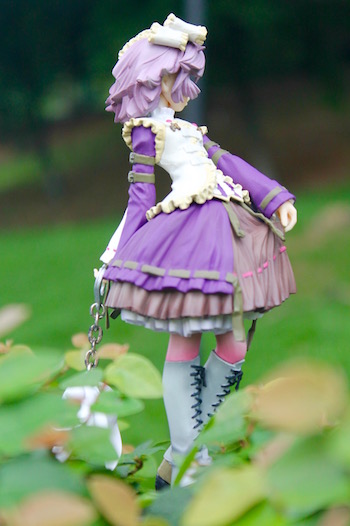 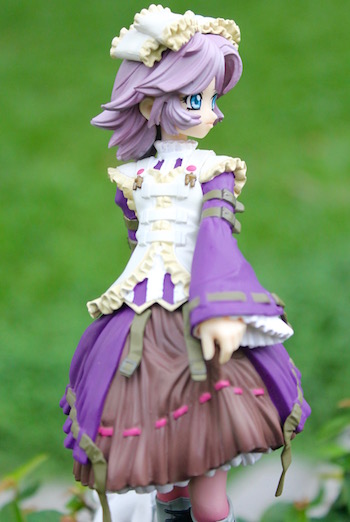 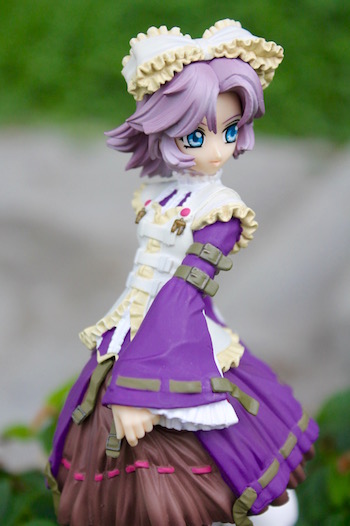 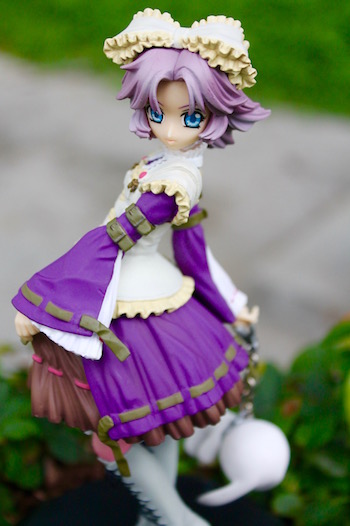 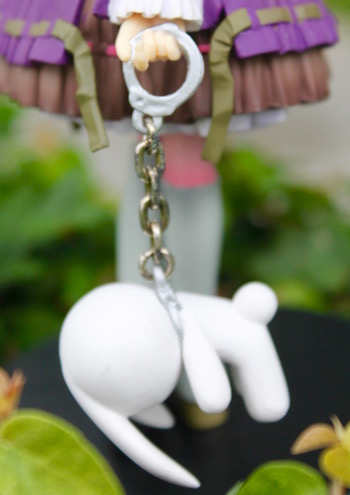 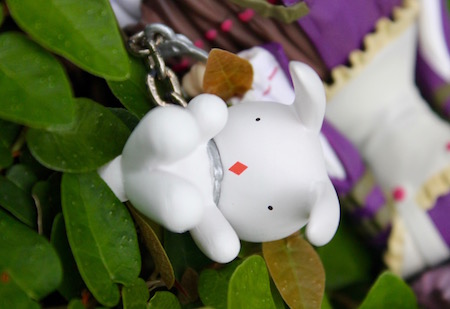 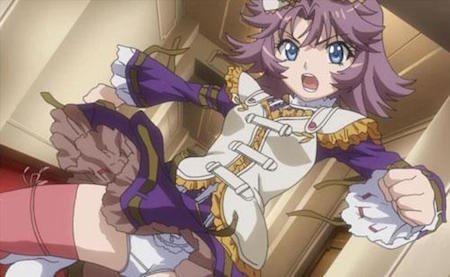 What a weird name to start with which I don't know really know how should I pronounce her name. A character figure from SRW better known as 'Super Robot Wars' OG Original Generation. Seriously, I know very little of this character as I got the figure in a bundle deal. NaTYHb Cy66oTa is Russian and her name translated as Latune Subbota or some may pronounced it as Latooni Subbota. Definitely an unlikely youngest pilot in the game and anime @ such young age of 14-year-old, already trained to operate several machines such as the Gespenst MK II M, Wild Raubtie, Wild Falken R. Please don't not underestimate her as she's hold the rank of Lieutenant in Earth Federation Army and well-versed with martial art.

It's hard to imagine that she's still wearing dolly dress and holding onto a plush toy. Latin Subbota is a playable character in the game and also featured in the anime. 1/8 scale pre-painted figure by SOLID WORKS and sculpted by Mr. Toukaimura Genpachi. However within those big eyes hide an extremely withdrawn personality, suffering from androphobia and depression, as NaTYHb Cy66oTa - Latune Subbota rarely talking to anyone. The suffocating plush bunny by handcuff probably expressed her feeling. Figure material are ABS and PVC and the chain to the bunny is metal.
at June 25, 2016

What a weird character, I totally agree... But the Super Robot Wars franchise doesn’t seem to be quite orthodox anyway... I know very little about it (that will change in the future, I’m pretty sure); however, the videogame saga (which is, I think, the most extensive) has dozens of mechas with motley designs and well, this character looks at least as motley as the mechas themselves !!!... What stands out in the statue, is the intricate work on the sculpt for the dress, very in the mood of baroque; there must be a lot of symbolisms in the design of this character: the color scheme, where the violet is the protagonist, the multiple layers of the dress, the brocades, the lilac hair and, as you mentioned, the kinda bizarre pet... It’s a rare and interesting haul, from a series that I will be pleased to know in deep later !!!... =D

>> Chrismandesign
Guess there are too much characters in SRW OR and we tends to overlook the weird ones.. Lolz.. Unseemly pilot which I think I would like figurine of characters in pilot suit instead of holy motley dress.. Lolz.. Still I have to compliment the intricate sculpt.

The first photo is very nice. The colour of the costume matches very well with the green background.

>> Desmond
Thank bro! Pics were taken at Fort Canning.. Relatively near to my workplace.