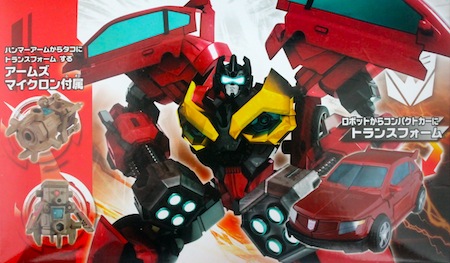 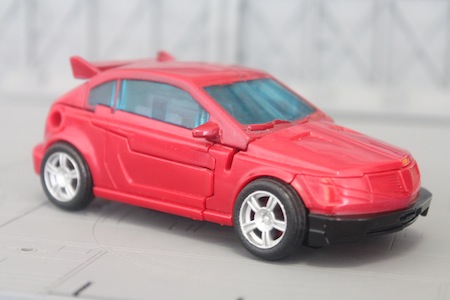 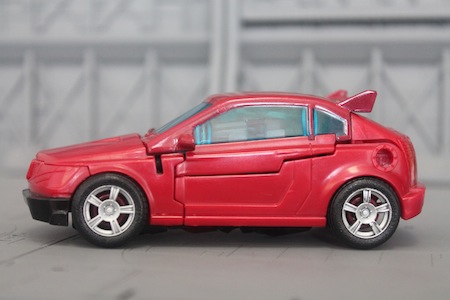 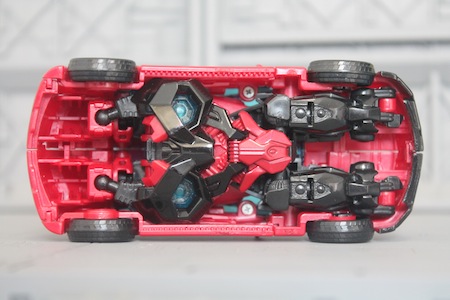 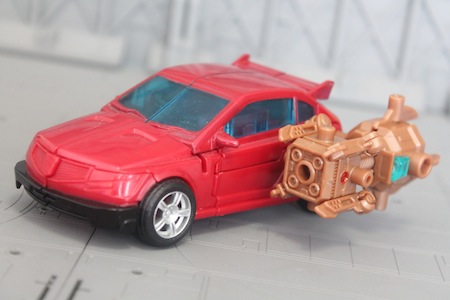 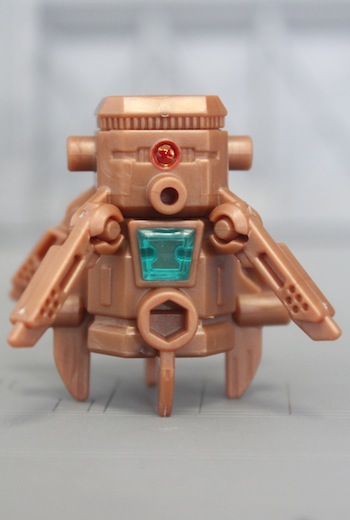 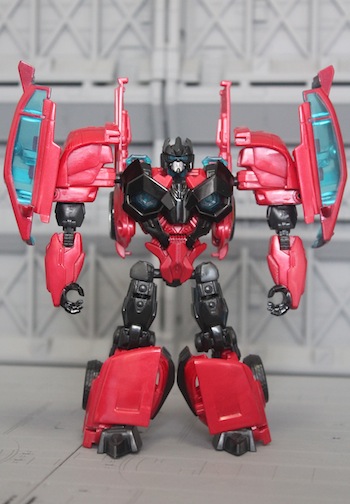 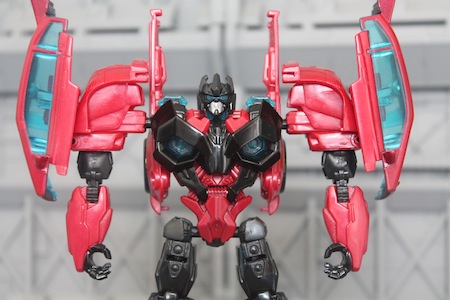 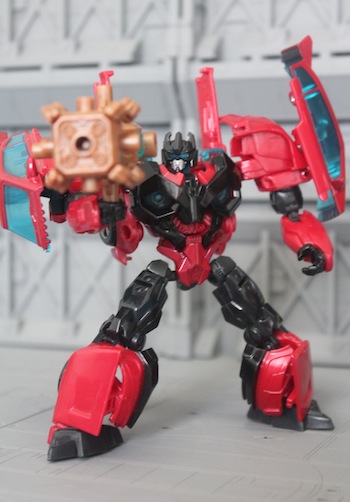 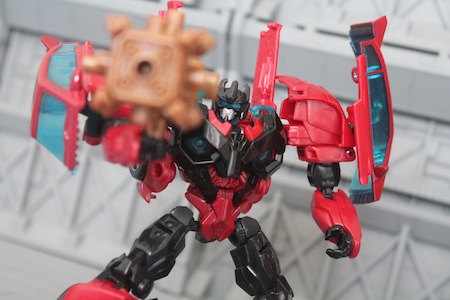 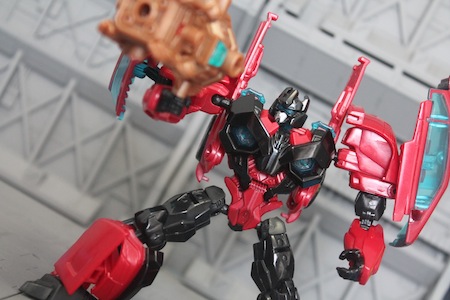 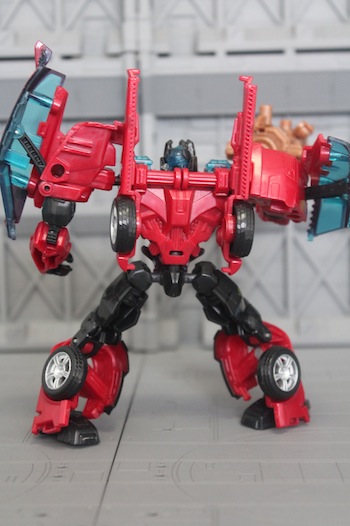 A gift I bought from my son to lure him to liking robots. An occasional Transformers review on my blog, Rumble AM-30 Transformers Prime Takara Tomy. This reintroduction of Decepticon Rumble was featured in Japanese Transformers Prime series, the toy is licensed under Takara Tomy as it can be seen on the opaque Japanese packaging, nice artwork however the box came in a rather odd dimension. Rumble in this series is a red hatchback car and in running serial number AM-31 is Frenzy sharing identical design but blue colour scheme. Anyway, both Rumble and Frenzy are better known to me as cassette tapes sidekick of Soundwave.

Open the box and the toy was presented in car mode with tinted blue windows. The weapon came in plastic kit on tree and required some assembling. The weapon rather oversized for Rumble and could be transformed into a droid, think its official name is 'Arms Micron'. The Arms Micron can be attached to either side of Rumble in car mode. I didn't apply the stickers, which primarily make up the Decepticons Logo at the car bonnet, the headlights, side decal on the car and chrome on Rumble's chest in robot mode. I think the toy looks good in both car (well conceal) and robot modes (proportional and well articulated). Many points of articulation with great movement range, smooth transformation, well balanced and great mould.
at October 31, 2014

the concept of Decepticons with a vehicle as their alternative mode is not new, but a coupe hatchback is certainly an atypical choice for Transformers toys, you will not see it so often...

as for the toy itself, the quality and finishing is just what you can expect from Takara and the overall design is catching, there is a perfect balance between the black and the red in the color scheme... other than that, i found unusual the addition of stickers instead of tampos, specially from Takara, which is not a cheap brand... =)

>> Chrismandesign
It's true that we usually don't relate decepticons to cars. It's kind of a change and now that Rumble is more of a Deluxe Class. Attractive hatchback design and good looking robot where Rumble looks more like a good guy now. Well, the red and back suited well in disguised. The price fitted the bill well too!

>> deSMOnd
You know kids, always play a while then change to another toy. He has changed to playing sword and bow now...