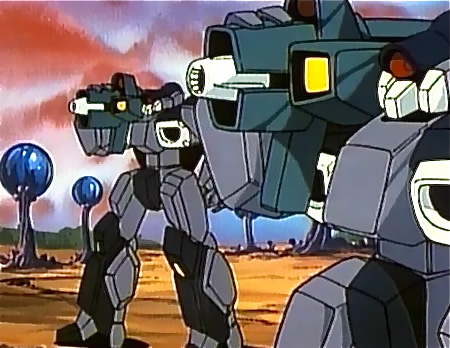 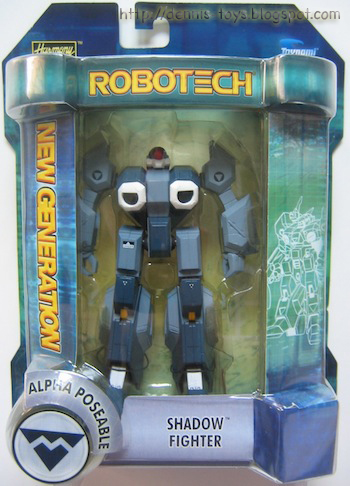 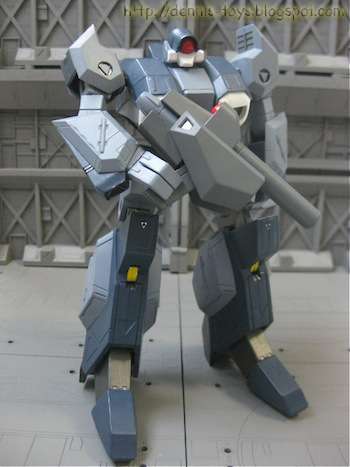 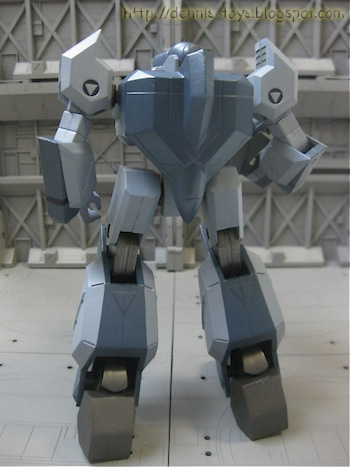 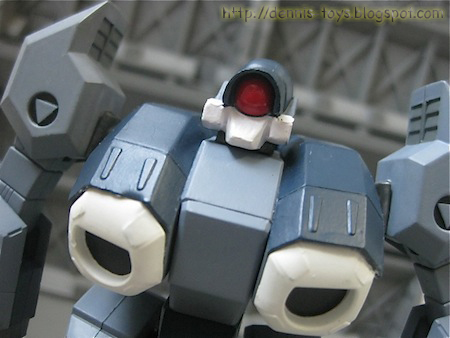 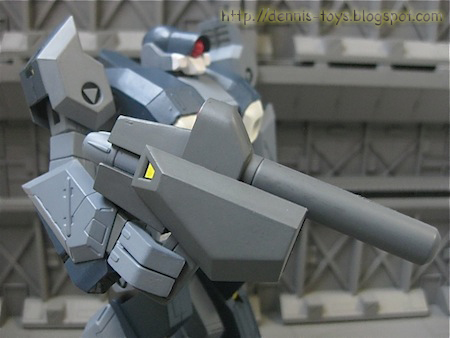 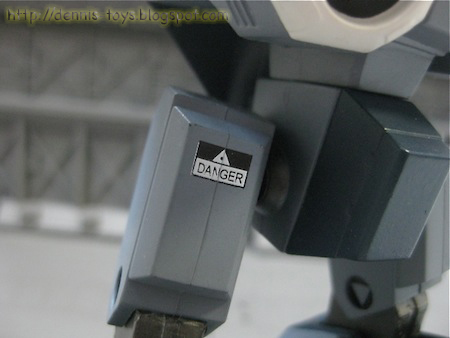 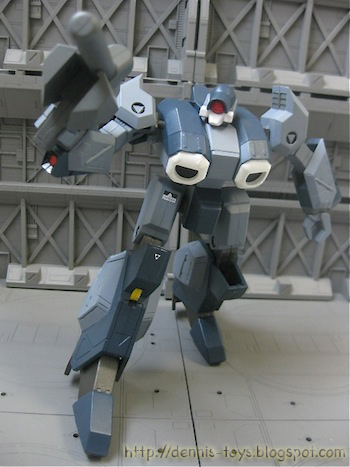 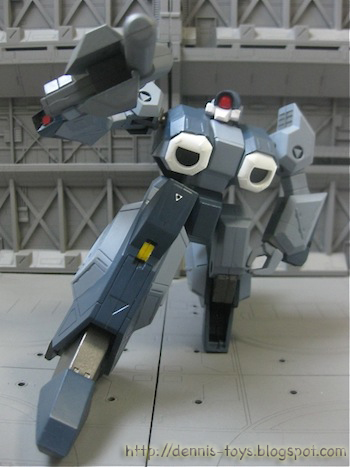 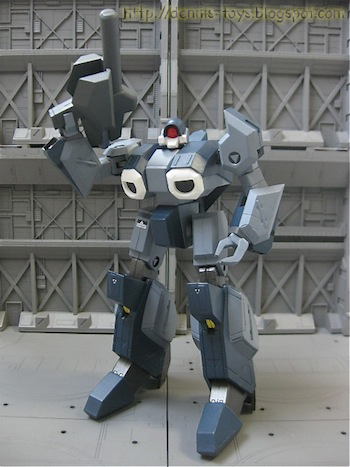 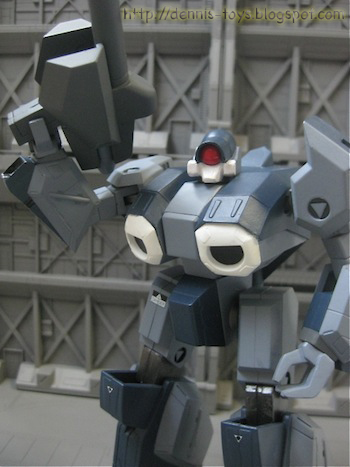 In 2003, Toynami had made an attempt to revive Robotech with a full scale assault of Robotech merchandises to test market, the first wave was the introduction of Super Poseable Veritechs from the Macross saga. After learning that there’s demand on Robotech stuffs, especially in the US market, Toynami had then moved onwards to explore Alpha Tech Specs! Therefore, Alpha Fighters later injected to the Super-Poseable line, with these exciting action figures!

Alpha Shadow Fighter stands out among other Alphas with its variation. Produced in the later part of Robotech 3rd saga or Mospeada, Shadow Alphas were produced for the final earth reclaim assault on the invids. Improved on the weaknesses on a typical Alpha Fighter, the Shadows can be piloted by human or unmanned. It can go into stealth mode which explained the black/grey colour scheme. Shadow’s armament had also improved as it had been equipped with high velocity beam rifle rather than bullet rounds.

The figure originally came in a blister card, but somehow the plastic packaging had turned yellow over time, so I was forced to un-card it. Even though the figure is non-transformable, it stands tall at 7”, is dynamically sculpted and fully articulated with over 28 points of articulation from ball-jointed hips, shoulders to rotating heels to toes for solid balance. It also comes with gunpod accessory.
at July 15, 2012

Another classic! The condition look good!

I like that they kept close to the color setup on these. THe weapon is a bit 'bulky' and wish it was a bit more detailed. I like the shoulder mounts like in the anime :)

Except for the plastic blistered packaging. The figure is great. The pic of the packaging was taken when just bought it...

The figure is quite anime correct. The weapon is like a proton cannon in my opinion. Unlike the anime, I'm not that certain that the weapon can be mounted to the shoulder.

i had a "meeting" with the whole set of this guys not so long ago (which i think is like a 3rd type encounter HAHAHAHAHAHA...i mean, this set is hard to find, right ???) but the price point made me reject the offer...

actually they have a great paint job and nice detail, bearing in mind that they’re vintage, also the articulation level looks above the average of that time and the mecha design is appealing even several years after their appearance in the original TV series...

well, lately i must admit that i’m very picky, specially with my very limited budget... =O

Familiar meeting that something the same toy keeps appearing before you, tempting you to get them. I used to have the other poseable Alphas but had sold them. This is the only piece left but not to fear, I'm still keeping the Masterpiece Alphas and they are nicely display. I must agree that it's now rare to find these especially in asia region and considering how long ago they were produced. Somehow, it just feel that I just bought them a while ago.

in a way, we can consider this as "vintage" now..... i would personally would love it if this comes with pink color... more gorgeous that way :-)

Most a decade old, I guess it can be inducted into the "Hall of Vintage". Lolz. If it comes in pink, then there will be too many variants like bearbrick.... Ha! Ha!