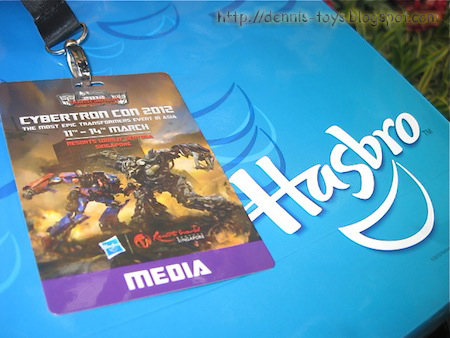 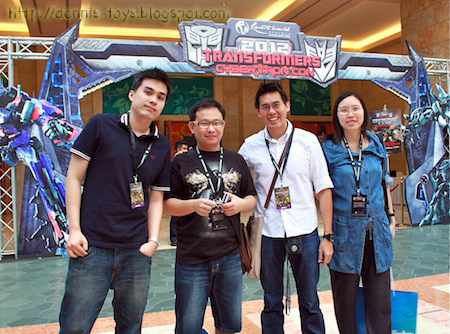 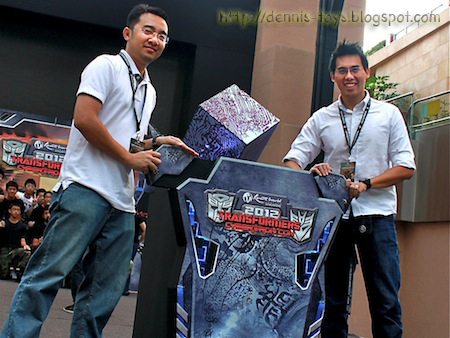 Unofficial launching by Leon and I 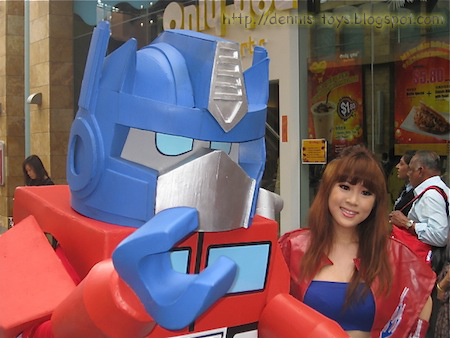 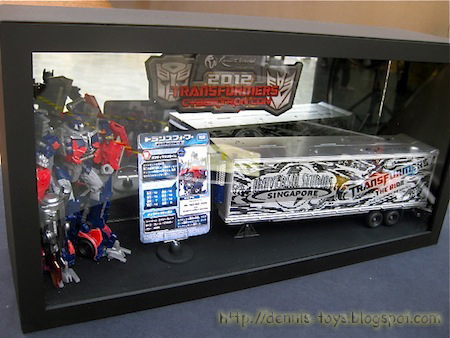 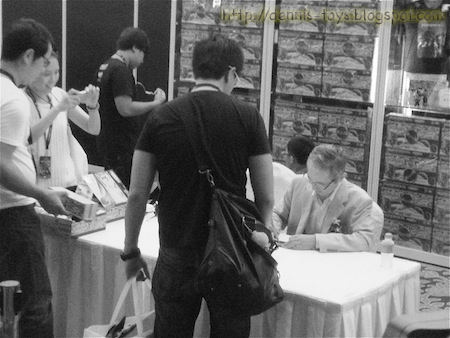 Early birds get the chance to meet the brand's founding father, Takara Tomy lead designer Hideaki Yoke, and get their figurines signed by him. 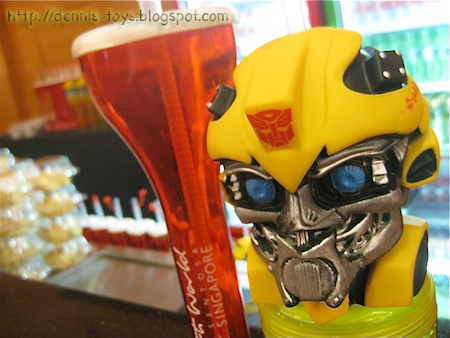 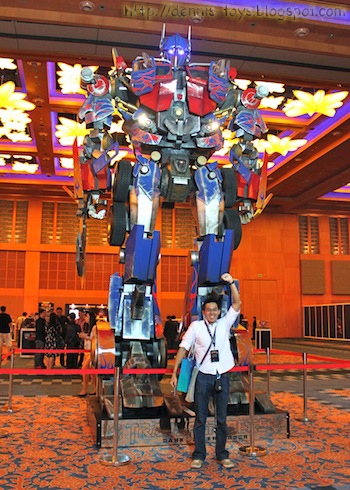 The experience is crazy just to able to stand beside this 6.7m-tall Optimus Prime statue, of Micheal Bay movie trilogy. The handpainted steel, aluminium and plexiglass behemoth, which weighs in at 1 ton and consists of 3000 parts, was specially built for the four day convention.


It's has been quite a while Juliana, Adrian and I met up and as much as I could recall our last meet-up was STGCC 2009, therefore today is of much anticipation to see members of our unofficial toy bloggers' community banded together once more! This time for Cybertron invasion! First in all, I need to thank Juliana for her generosity in giving me the Capsule Gundam Age 1 gasaphon. Appreciate that! Apologizes, I should be talking about Transformers instead. Lolz...

It's gives me great honor to be invited as a media journalist to cover this epic Transformers event held first time in Singapore @ Resort World Sentosa Compass Ballroom. We were there around 8.00am and there were already countless TF fans queuing for the convention's exclusive Prime. Heard that some had even queued overnight hoping to be among the first 100 to have their Prime signed by renowned Takara Tomy lead designer, Hideaki Yoke.

To cheer up the morning crowd even more was the official opening, happening just outside and entrance. The Transformers KRE-O mascots and Transformers gals had also set early visitors in  delight. Being invited as a media come with privilege like entering the event hall before most in a guided tour. Just before entering the ballroom, I had noticed kiosks selling bottled drinks with collectibles Bumblebee's head which in my opinion makes great head bust on display
at March 11, 2012

Well coverage of the event :)

nice that you get to pose with a live-sized prime^^

Great to have you around yesterday. Looking forward to your coverage bro. It's an awesome day dedicated to toys!

This guy weighs a ton! He better not fall man! Jusk kidding...

Very cool to get a 'press' badge to this event. Meeting up with friends is even better.

Looking forward to the other posts

The media pass is just second to the VIP passes and it's real powerful. The meeting up with friends is really wonderful. Catching up with one another and updating with current news.