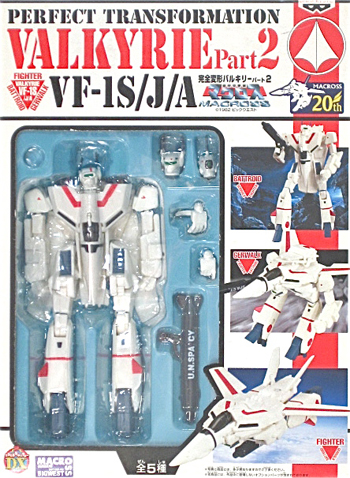 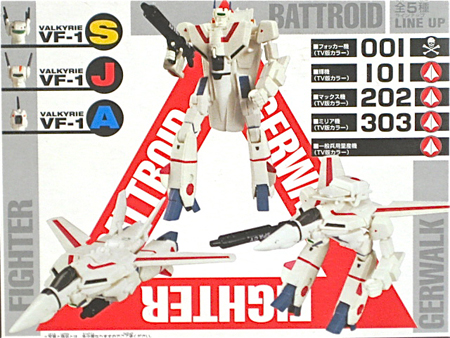 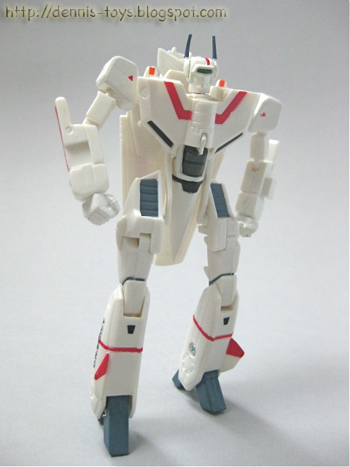 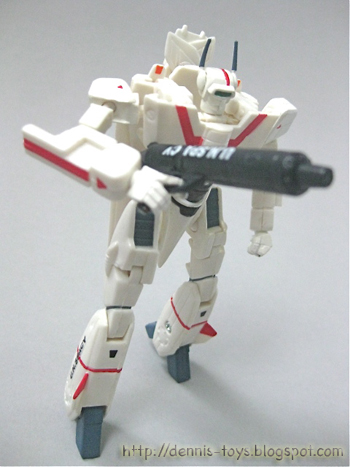 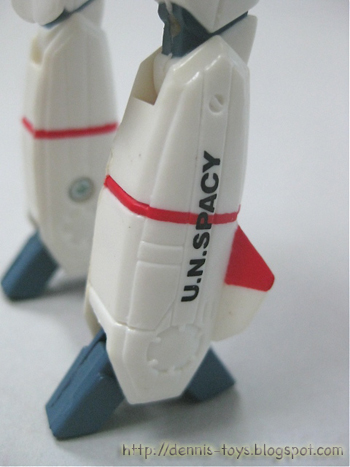 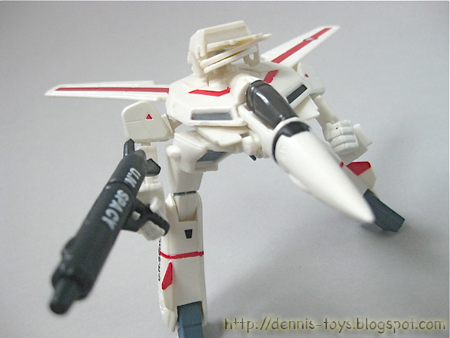 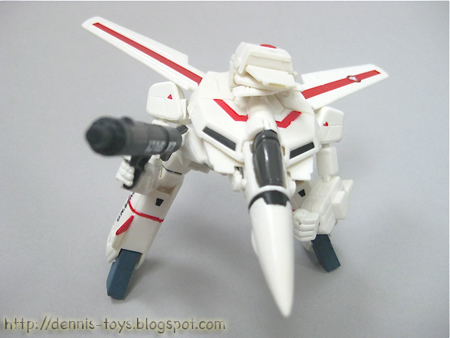 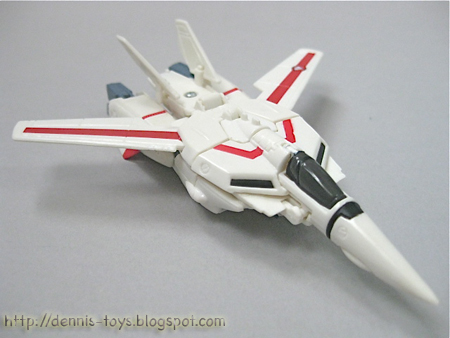 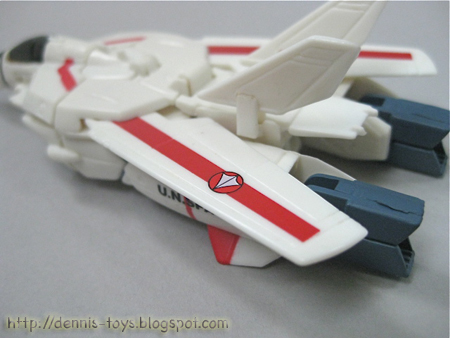 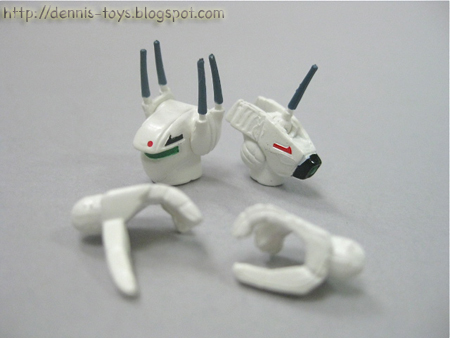 A budget toy released in 2002 by Banpresto to commemorate the 20th anniversary of Macross. It was kept a long time in my closet till I recently decided to have a feel of it. The toy was attractive at first sight, flattering that it actually transforms. There's a window showing the actual toy and all the accessories that come with it. Accessories included a rifle, optional fists as well as the head of a VF-1S & VF-1A so you would think it's value for money. A rather small toy standing approximately 13cm in battroid mode, it was secured on a big plastic insert so the box interior is very much hollow.

Upon handling the toy, I could feel how fragile the plastic is, but at least there isn't any yellowing. Transforming it is like taking care of a patient in intensive care and I actually broke the clip securing the cockpit cover (had repaired it with plastic cement). I have to compliment the toy for its articulation as the toy did pose well in Gerwalk mode as the legs can be spread nicely apart. In conclusion, I would think this toy is still a good collection taking into considerate the low price of less than S$20/-. My advise is that it's best that the toy remains inside the box.
at January 08, 2012

this version quite worth it as you pay the price for 1 but get 2 version just by changing the head. Can transformed too!

Banpresto is wise on that move to compensate on the quality of the toy. One the antenna on the head are rubber hence hard to straighten it when it came bend.

mind giving it to me? I can give you something else ^__^

Suddenly it reminded me to Hikaru Ichijo...

yeah, i agree, this toy is worth more than it cost and is a rarity since is a figure from Banpresto... i know David will appreciate this gift ’cause it comes from a friend and fellow collector, very nice gesture of you pal =D

Still waiting for David to email me. If not I will contact him instead. I already have the set with the strike pack. Now I don't think I will open the toy. Lol...

It was interesting seeing the different heads as well. Usually that isn't an option on these type of figures.

give to me FOC? damn, so nice of you.

Leon Open The Toy will be jealous hahahahaha....

dennis, your final advise was kinda harsh, lol. But we never mind any kind of macross toys^^

I love the Gerwalk mode of every Macross figures..Signature Mode!!

>> David John Shewsbury
Bro, I had posted the valkyrie to you. Checked my email reply for the tracking no.

>> Andy
Man! You are a forgiving Macross toy collector. I still think the toy is cool taking into consideration that it's rather innovative of Banpresto to come up with this at the era when Yamato was unheard of in making Macross toy.

>> deSMOnd
I like it more in fighter mode as it resemble a lot to F14 Tomcat. Battroid is cool too as robot.