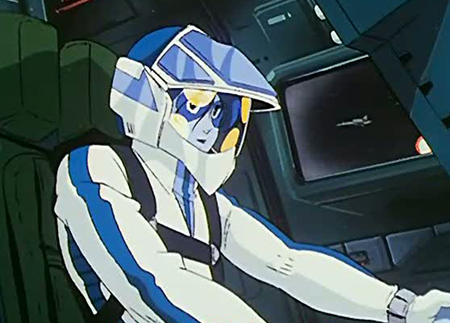 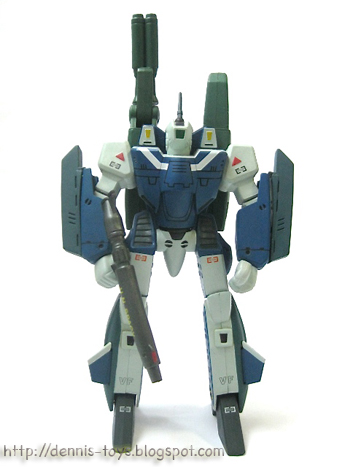 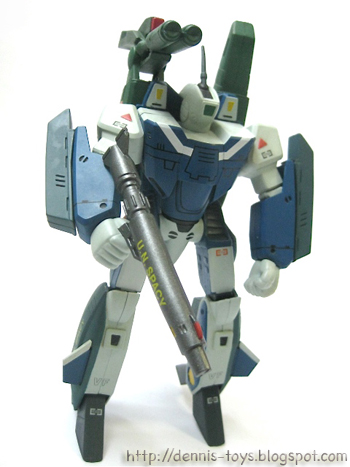 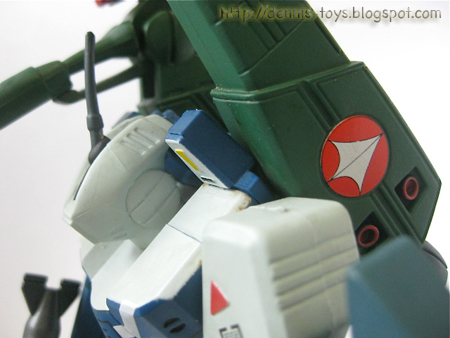 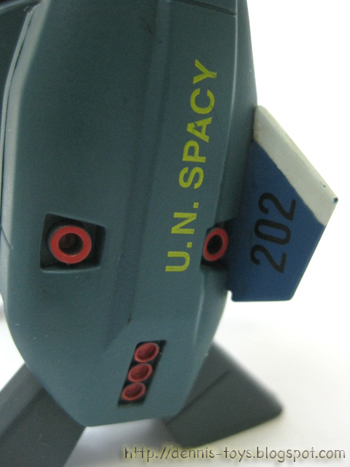 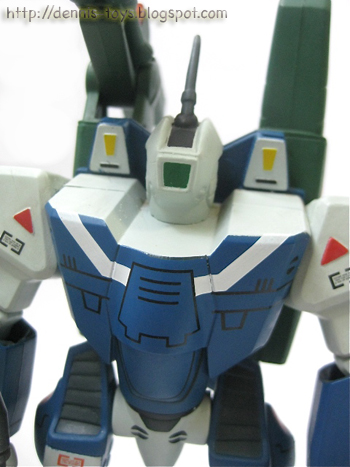 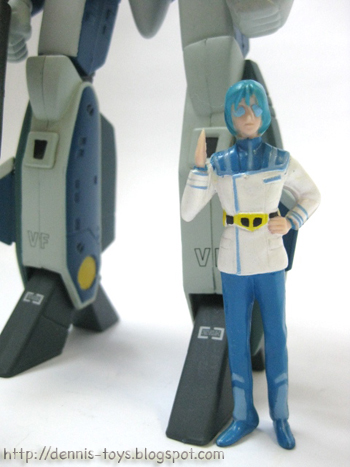 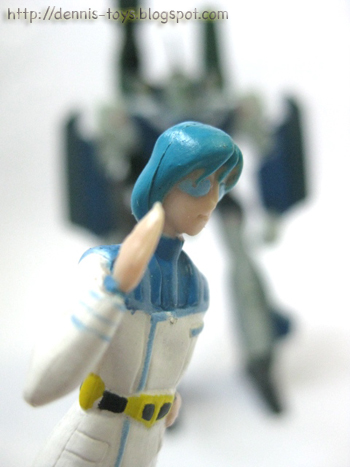 Arii is better known for their Macross model kit so this action figure released during Macross 15th anniversary can say to be a daring attempt. Well, nice effort but strangely, I have not seen Max's valkyrie appearing like this in the anime series or movie. Given a VF-1J head would be more appropriate I think? Anyway, I won't mind having this unique action figure in my collection especially when it's a birthday gift from my wife ages a long. This is a non-transformable 8" action figure and the rifle is the only accessory. Limited articulation as the limbs can only go back and forth. Thankfully, there are elbow joints and the cannon at the rear can rotate forward. As a novelty, a figure of Max was thrown in so to give Macross fans more reason to buy it. This battroid figure had been on my display for more than a decade so this photography session allows the figure to have a thorough clean up.
at July 25, 2011

The color and detail is just nice and what more important is, it is a present gift from your wife. It is some kind of treasure now :D

Yes, it's a great gift that's way I kept it with me for many years. Still good till today.

I wish my wife paid that much attention to my collections. She has a good heart, but not good at picking things I would like :(

Whoa, can't believe that this has been with you for a decade already. Good job for keeping it in such good condition XD

>> bluedrakon
My wife knows a little about my hobby but I don't expect her like it. I'm just glad that she bother to lend her listening ears whenever I go blah blah blah... Hee! Hee!

>> Gundam Gunso
There's was a thick coat of grease and dust before I wiped it and was glad that it survived and still going strong. It guess it's contributed to the good QC.

Good maintenace for a gift from wife :P

I used Autosol plastic solution to wipe my toys. It's quite effective. Can get it from NTUC.

i keep the toy gifts of the people i appreciate as gems... it doesn’t really matter if it fulfill my requirements (although some of them just exceed my requirements LOL)... this is certainly a sturdy toy & the paint job is very good for a figure with 10 years or so... also u have a very supportive wife, congrats pal !!! =D

Thx pal. Can tell that you are someone who treasure toy as much as friendship. The toy remain strong just like my relationship with my missus.

a toy/collectable doesnt need to have outrages articulations, precise engineering flicks and turns or microscopic details to give it life and memories. It's the origin or moments that it came from that does. ^^

That's is so well said bro. It's the kind of feeling we have towards the toy. There are toy that are vintage and lacks details compared to newer version but they the ones we were so fond of and those that bring back memories.