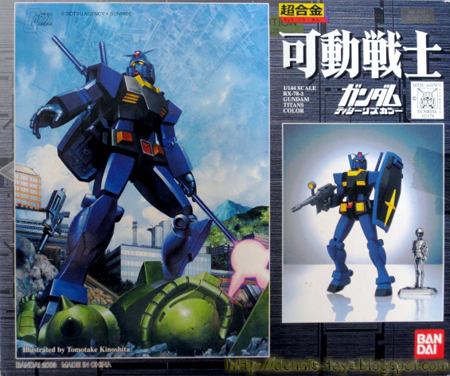 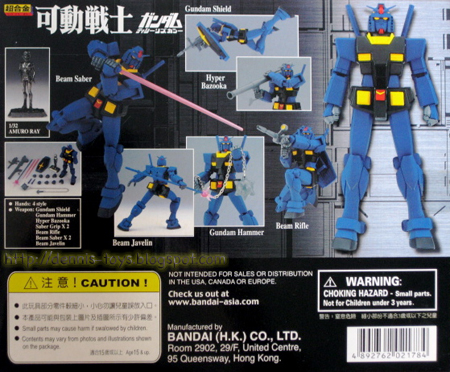 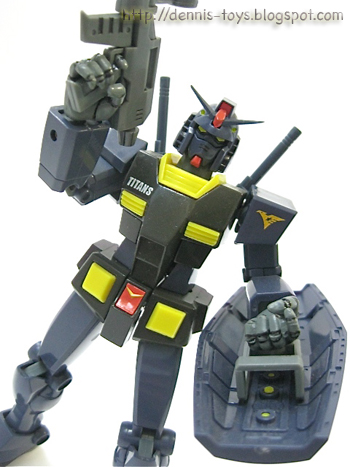 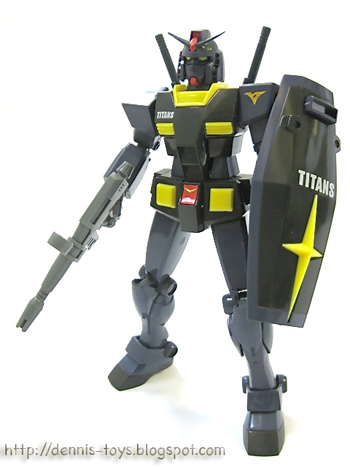 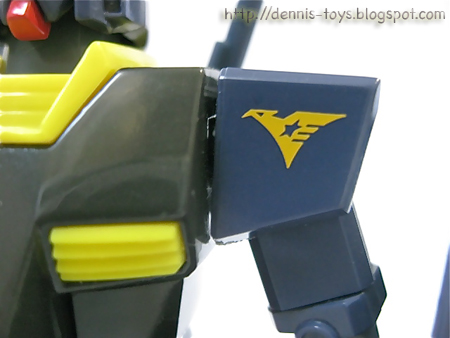 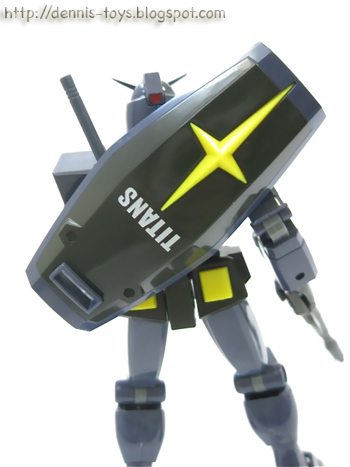 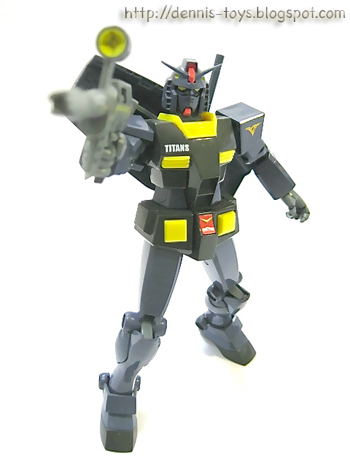 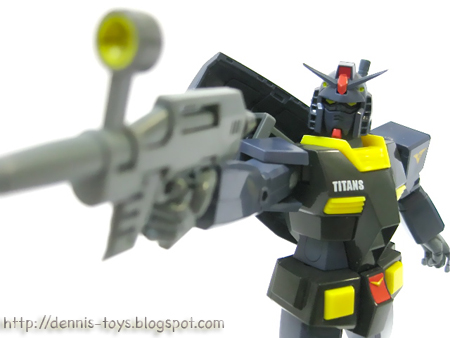 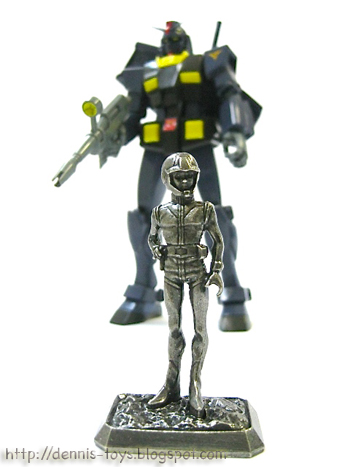 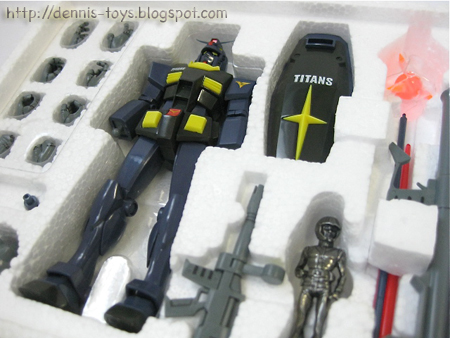 After the one year war in U.C timeline, the Earth Federation Space Force E.F.S.F had formed up an elite regime to take control of the spacenoids. However, the ruthless methods of Titans had caused many to detest them. The mobile suit belongings to Titans usually are sprayed in the sinister dark blue colour. I don't remember seeing the Gundam RX-78-2 in Titans version on the animation. It's just another variant of 20th Anniversary Chogokin Gundam RX-78-2. The Titans Gundam mobile suit shown in Zeta Gundam anime is the Gundam MK2.
at July 23, 2011

wooow titans version,, I love the color and look at the amuro figures O_O
just love it bro

I think it's an interesting variant and the colour makes Gundam more fierce looking.

I still prefer the original version..Haha!!

Can understand your sentiment. The origin is the icon.

i barely noticed that this is not an original Titans MS, but the RX-78 disguised as one of them... (as u said, to make an original Titans u must add 100 + Mark II & voilá a RX-178 Mark II is served xDDDDDD)... the color scheme contributes to give him a bad character... in that case, the F91 Harrison Madin Gundam is one of those bad guys too???

Kind of reminds me of what a Ninja Gundam would look like. Would be a great use on those night raids, but then we couldn't see him :(

The Titans colour scheme really gives a sinister feel to the MS.

>> chrismandesign
I didn't follow the side story on Harrison Madin but I think he's a good guy when I play G Generation.

>> bluedrakon
May stealth colour should be more appropriate in space. Amuro's white and Char's red are both too prominent. Lol...

I guess in anime , it's more of looking good than being realistic. Lol...

Actually, there's another variant that is more white that the original Gundam that resembles more like angel. 'Angel and Demons' sounded like a movie title. Lol...