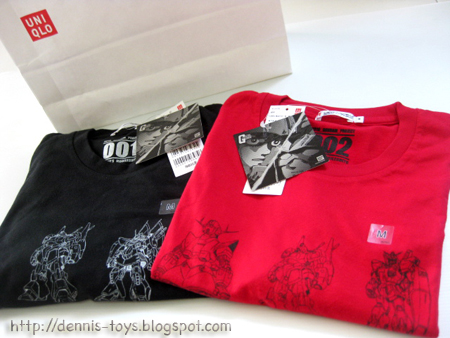 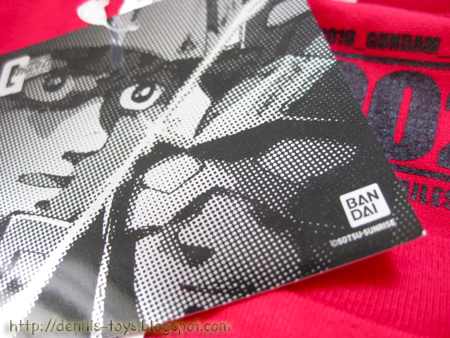 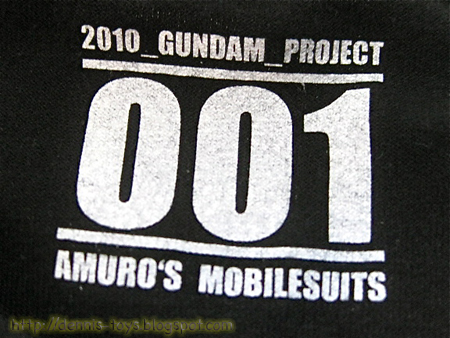 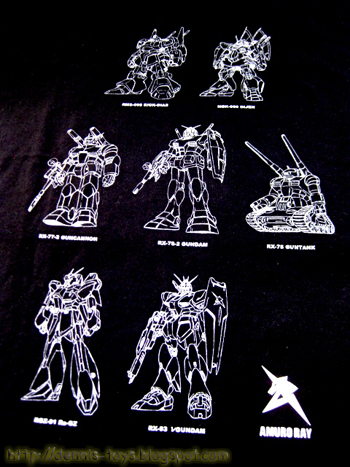 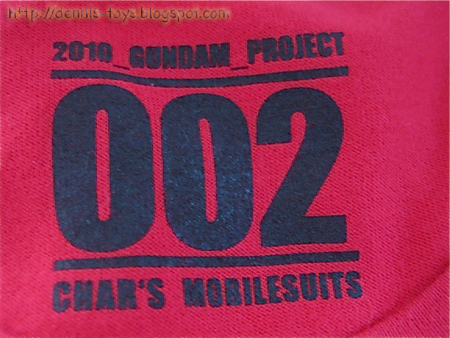 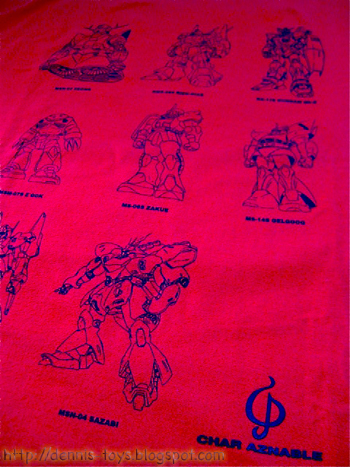 I always believe that what you wear are an expression of your style and personality. That's why I will usually go for apparels related to anime or movies I'm interested. This time round, I got a good deal on EBay Singapore for this pair of Gundam arch enemies T-shirts by Uniqlo. The prints of these T-shirts have got all the MS and transportation mode both Amuro and Char had ever taken.

Product: First broadcast on television in 1979, this popular animation series celebrated its 30th anniversary in 2009. To commemorate this milestone an enormous Gundam figure, soaring 18m in height, has appeared in height, has appeared in the Odaiba district of Tokyo, attracting attention from all quarters. 2010 will mark the 30 anniversary of the ubiquitous Gundam plastic models and toys. UT throws the spotlight on the two characters of Amuro Ray and Char Aznable as they develop the Mobile Suit Gundam UT series.
at January 26, 2011

That is so cool and me and my son do the same thing. If it is too small for me, he gets it. Either a night shirt or for outside.

He got a Eureka 7, Naruto, Kingdom Hearts and Bleach shirt this past weekend and he has worn 2 so far - one to school

Bro, can wear it for the coming CNY liao!! HAHA!!

Yes, planning to wear the Char's T-shirt on CNY.

i wonder does Uniqlo is Msia take in these stocks! XD

very, very nice souvenirs =O i guess the Uniqlo bag was included (it has a simple & nice design too)... obviously this kind of things r really hard (though not impossible) to get here... i remember to someone offering a Domo embroidered t-shirt, but since my priority r the figures i let it go...

going to cheak at the local uniqlo asap

>> sl619
I think for a period, Singapore had it but the season was over and M size is always out of stock.

>> chrismandesign
I know your interest is always on toy figures and it's good to set the priority right. For it, I like wearing anime stuff the emo way. Ha! Ha!

>> Asrul "iLham" Sany
I hope you get what you like cos they are T-shirt on other anime and prices are cheaper that Cospa.

Since the dawn of the Stone Age, drawing has been a primary method of human expression, one of man’s many tools of reflection and interpretation.
"how to draw cartoons"

If I have that shirt,I will buy two of them. one for me to wear and another one will be framed...
To Bluedrakon...
It's good for you that your son interest is same as yours...
My parent is not like that...
They have their own Interest...

Ha! Ha! I will wear them and in future to have more to come. Bluedrakon had been fortunate. I have yet to know if my two sons will follow my interests.