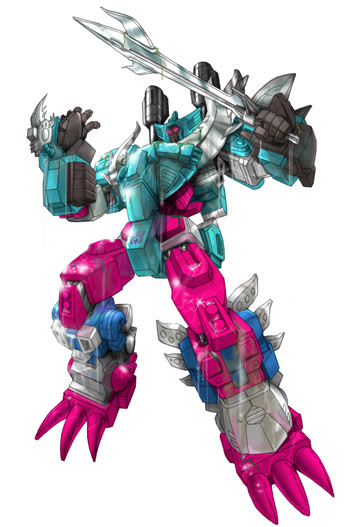 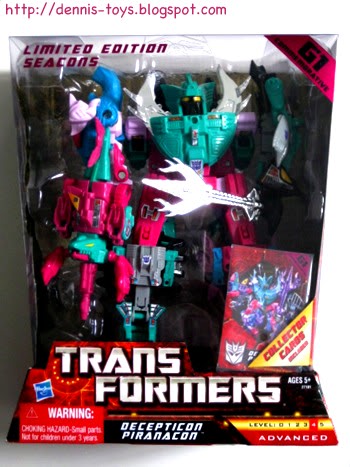 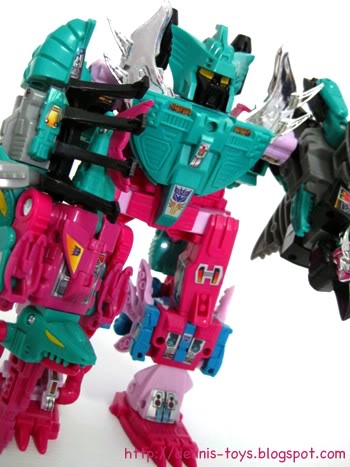 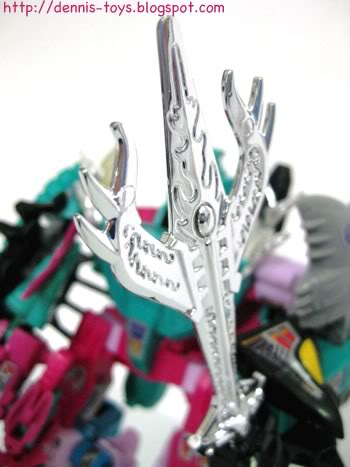 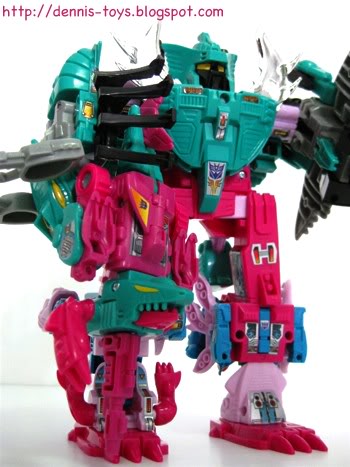 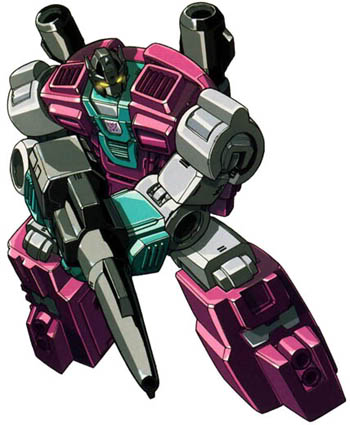 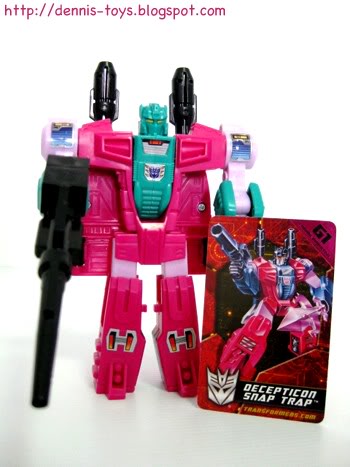 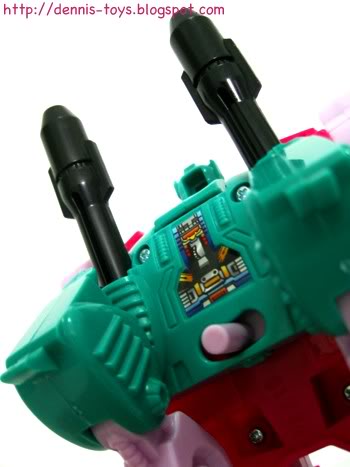 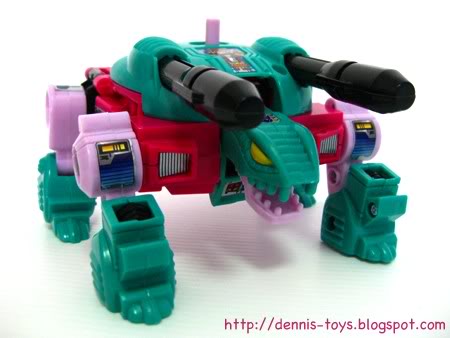 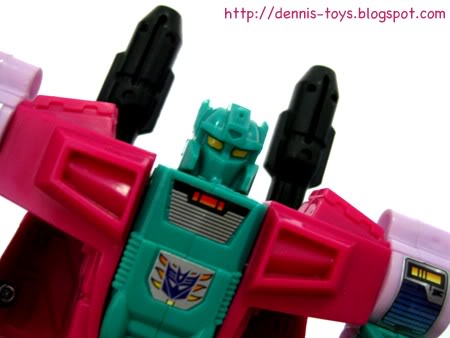 Quote from Snaptrap: "Seacons, combine to form Piranacon". Continuing from my previous posting on other members of Seacons, I now present you with Hasbro reissued Piranacon. I guess most G1 TF fans would be pleased to see an encore of this combiner especially when those vintage ones come so pricey.

Packaging of this toy is just a straight forward clear plastic fold-up box with some trims on the sides to give a V contour. The transparency package means that theres nothing to hide. It's probably eco-friendly but I believed Hasbro can do a better job.

If you have seen the original G1 version, you will realise that some of the parts to the encore version had been produced in different colours. Snaptrap's head used to be black but now it's green. The sword of Pirancon is supposed to be purple and now it's covered in chrome. the difference maybe Hasbro's intention to differential this issue version from the vintage version.

The toy comes with all stickers pasted on the toy however any TF fans rather do the pasting on their own for a neater finishing. Somehow, the leg joints of piranacon seems loose causing the combiner to tilt forward.
at September 29, 2010

uhmmmm obviously the illustration at the beggining is a "bit" different to the action figure itself, but the overall feeling is still there... the packaging is in the line of other Hasbro products (as masterpieces, FE) but yep, could b better in design (i mean, the print design)... the loose leg joint could b a major problem (Hasbro must work on that) but the figure is stricking in colour scheme & very detailed, so is a great toy anyway =)))

Looking at it, I presumed Takara might also do a reissue on Piranacon that would better Hasbro version in terms of packaging (with more artworks) and more specs like tighter joints. Just my presumption. Hee! Hee! Indeed, this is nice toy as a whole.

i think this figure's a cutie.
but also manage to look killer.
love the way the match the different colours between upper and lower body

This was a recent release right? The figure look plump but still look good.

Although the color is kinda girlish, but I find myself liking it.

Argh....if I have the budget and time...I'll mod this baby hehe to look more like the first picture!

>> Asrul "iLham" Sany
I guess the board body gives the cuteness and the overall outlook means ferocious.

>> LEon
A very recent release for all the TF peeps out there.

>> G.G.
The colour gives that nostalgic boogie feels I guess. You really have a wow number of MP Grimlock.

>> deSMOnd
So colourful and I wonder how it could blend with the sea. Ha! Ha!

>> chubbybots
Those TF fans would be pleased if you do it and mass produced it and you will earn big bucks as a fan project master. Hee! Hee!