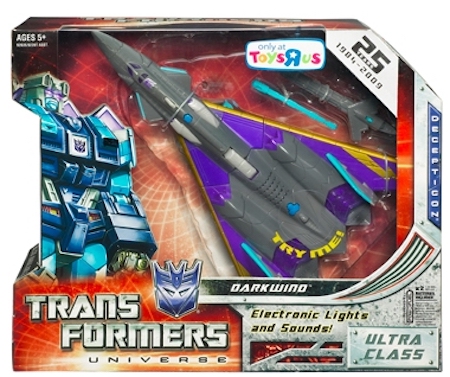 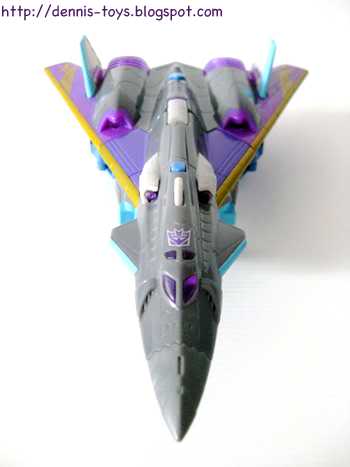 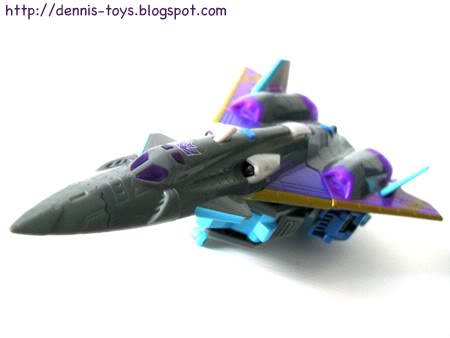 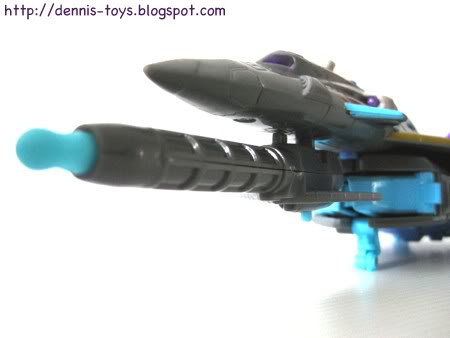 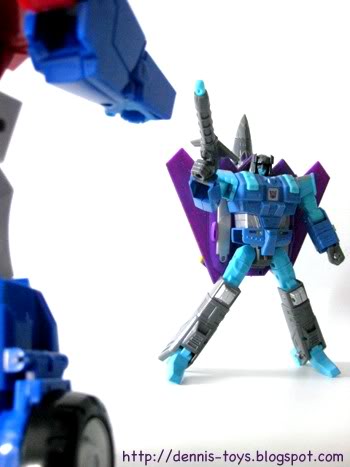 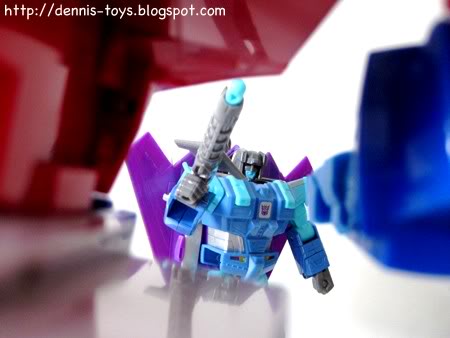 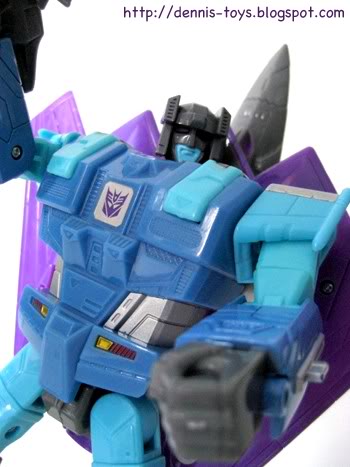 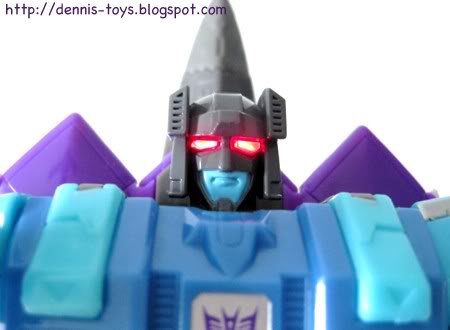 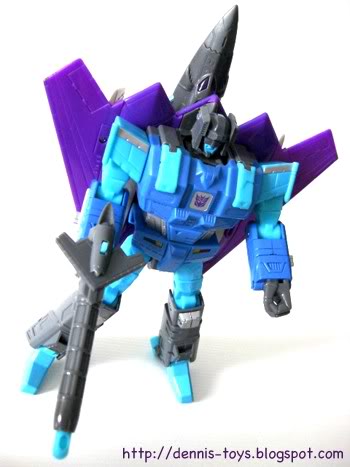 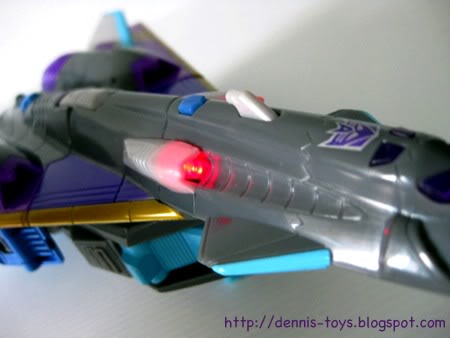 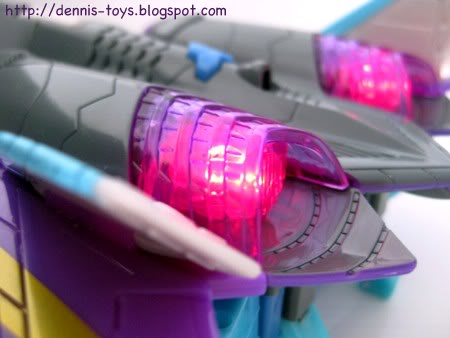 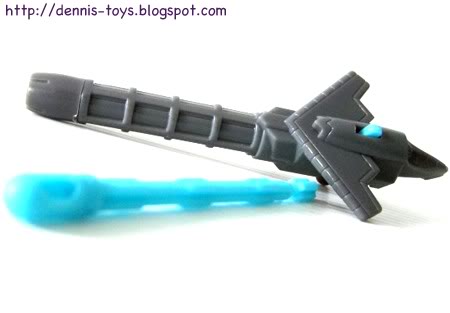 This Darkwind is a Toy'R'Us exclusive and a variant of Silverbolt TF Universe. Hasbro had stand true to the cartoon by sticking to the original Darkwind colour scheme. The toy is handy and measures about 7" to 8" both in plane and robot mode. Transformation of the toy is pretty straightforward whereas one glance at the instruction manual you will understand the concept. I had let my son played with for a while and he got amused by the light and sound action produced by the toy. The rifle can be attached to the toy in plane mode. The rifle also served as a missile launcher with spring action. This Darkwind is courtesy of Jason Lim aka the guru of Transformers.
at August 26, 2010

great figure there actually... plenty of details & with a fabulous colour scheme, brilliant & the led lights gives him a lot of charm... i think it must b the TOYSRUS exclusive factor... i mean, a hav some TF Target exclusive figures & they r above the average among the normal Hasbro figures (& they r Hasbro too @___@)...

I'm not so much of a TF fan nowadays but I'm impressive with the quality and design of the toy.

It was look cool due to its eyes are light up

Both robot or vehicle mode look good! Worth it.

i love the light up parts. not too much of that seen now a days as the batteries usually wear out and then that's it :(

the colours look bit like candy which's rare and nice. ;)

Luckily I don't collect transformers...all the recent designs are really tempting!! I don't want to start collecting another line haha...

The design colors for this are really nice bro! Love the light up eyes!

>> mangyver5223
Yes bro, this is the best part to transforming the toy.

>> LEon
Jason really got this excellent catch especially when he only got it for 20 bucks.

>> Bluedrakon
No worries for the batteries issue. To store the toy, you can simply remove the batteries by opening the cover using only screw driver.

>> chubbybots
Transformers is one toy line that never ends and the releases going at ultra speed. Ha! Ha! Good thing I can appreciate these by borrowing from Jason. Hee! Hee!

Some many colours painted on the figure..Colourful!!

I like it's well blend and it makes it even more worth it. Lol...