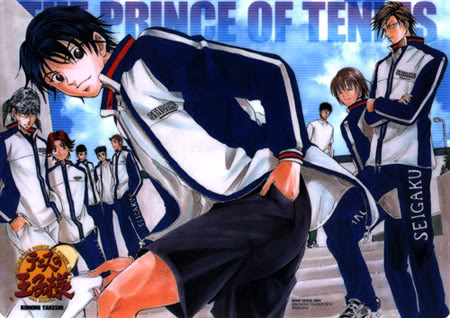 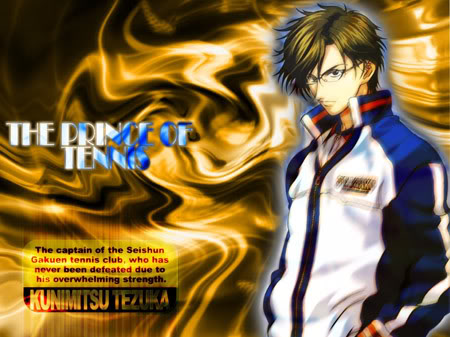 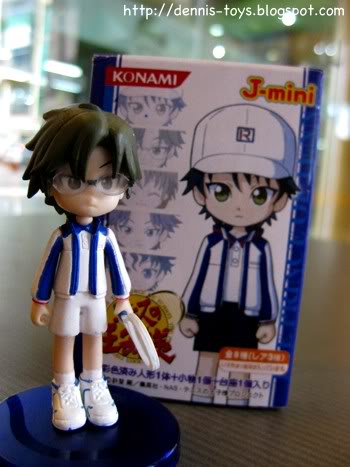 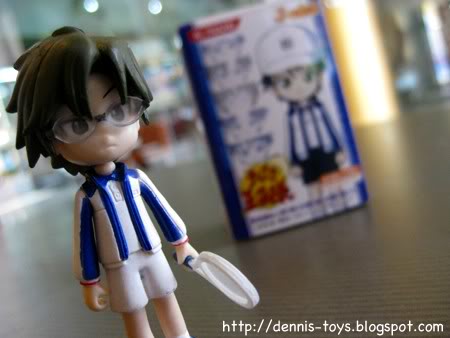 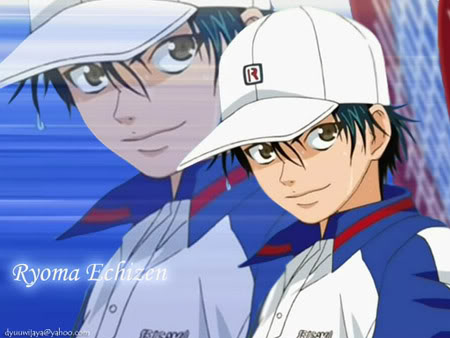 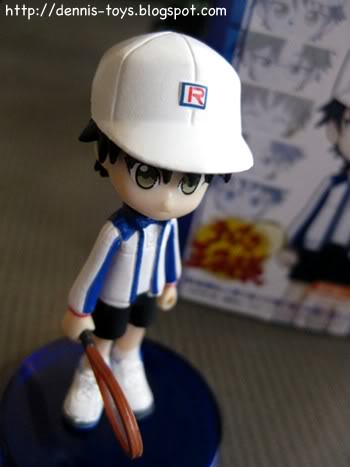 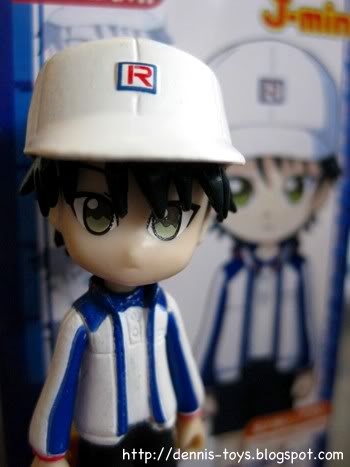 I have only watched this anime a couple of times on T.V and since tennis is never my game, I prefer Slamdunk. Never-mind my preference cos today’s post is on those adorable Prince of Tennis figurines belonging to Darius and between the both, Darius like Kunimitsu Tezuka, captain of Seishun Gakuen tennis club, who is never been defeated due to his overwhelming strength. Who says, those wearing specs can’t look cool hah! I’m a specky too! Ha! Ha!

The second figure Darius bought is none other than the main character Ryoma Echizen, who is talented and focus in his pursuit to help his team achieve the ultimate goal of winning the National Middle School Tennis Championship. Maybe it’s a good time to start watching this popular manga turned anime and live action movie.
at July 21, 2010

hehehe, cute figurines from KONAMI, look great with that translucent base... i dunno, but sport anime series were never my favorites, although the graphic concept & the art direction r in some cases very careful...

There are few figures on Prince of Tennis I think Konami had answered the prayers of fan of the anime even though the characters are in cute form. Thank you for your valuable comment bro.

If you have a set of Slamdunk characters, that will be good :)

I have seen some selling @ CSC in SD form but not sure if they are original. Would consider buying I found one that is significantly nice.

I actually watched this on Cartoon Network when they were actually showing Anime.

Tennis was not my game either, but I liked how they approached the show. Nice cute figures for one who liked the figures

You really know about anime and manga pal and I agree that sport anime could be quite selective but yet appealing to all.