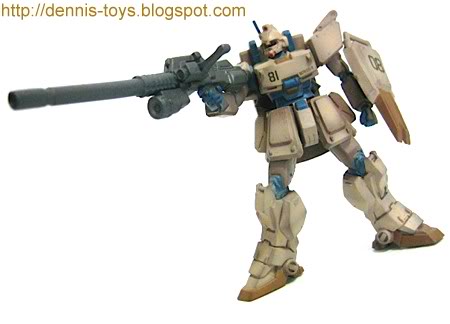 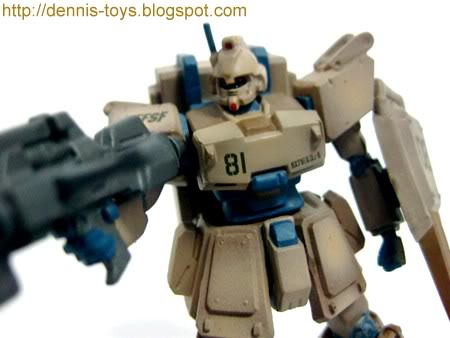 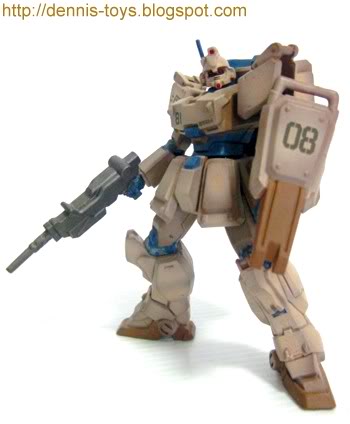 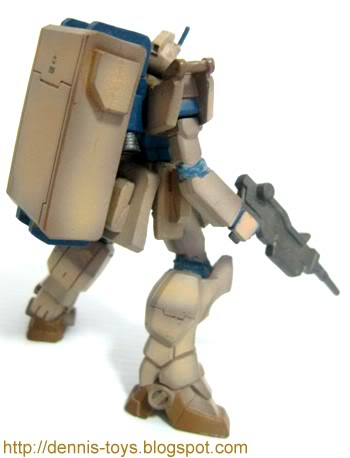 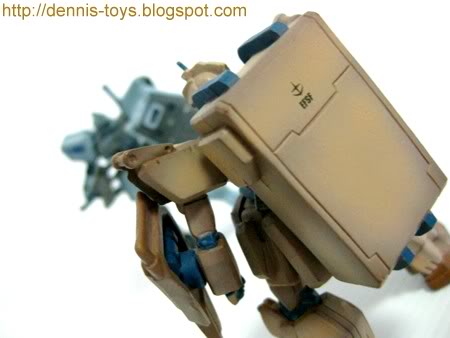 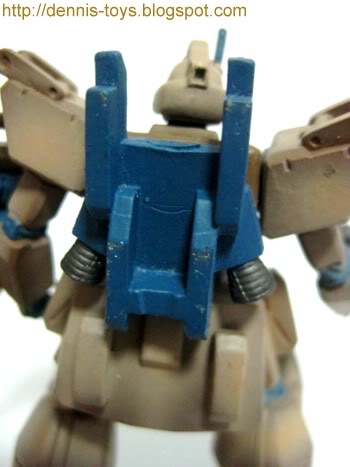 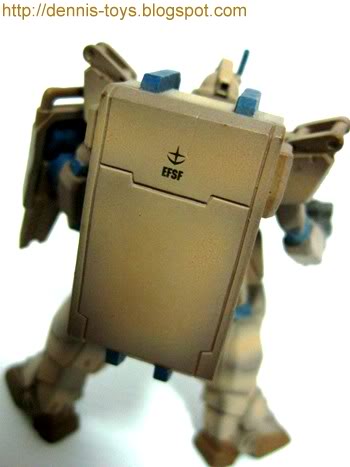 From, Gundam Ultimate Operation 3 Fusion Work, this is RX-79[G] GUNDAM Ez8 (Desert Version). To my knowledge, I don't recall seeing Ez-8 in desert camouflage version, in anime , so I presumed it probably only appeared in games. Despite the small size, this trading figure is highly detailed with nice weathering effects. The thing that is different about this figure, compared to the other FW figures, is the changeable backpack.
at January 12, 2010

here we go again with those nice figures... i like this one a ltl bit more than the "winter" version, but both of them are pretty... i’m wondering when i could post again something bout gunplas or model kits in general... well i must have patience...

I like this better too! I think it's more raggard. I still have a few other FW figures. When post them when I can find time.

You bought a lot of Gundam figures recently??

Oh I love this :D Haha you seem to be on a roll with gunpla figures ^^

I love old UC figures with weathering...that brownish tone on the edges :D

I am curious what in the big backbag of his... Ammunition?

Ah, the good old days of figure collecting, but alas I've turned in a gundam model building fan. And now my hundreds of MSIA figures are resting inside my closet. Hundreds of MSIA meaning that is probably a couple of thousand of my hard earned $$$.

Someday I will post them on my blog as well.

The backpack is to carry ammo & weapons.

>> deSMOnd
Actually, I bought a lot in the past. Slowly blogging them pal.

>> chubbybots
Model kit on Gundam is out of my league. Ha! Ha! So collecting figures and toys of gundam is easier om me. Hee! Hee!

>> LEon
In the anime, the big box is to house ammunition and a parts which could assemble into a cannon rifle.

Thats got some nice weathering applied, looks like by sprayed by hand at the factory.

Lie the idea of a Ez8 desert version, thnikng about it a cold climate version would also looks great and a titans colours.

How big is this guy, is veru detailed and has a cool pose.

It's only around 10 cm in height, pretty small. In fact, I have the Titan version of RGM by Fusion Works and do blog it soon.

I was looking for some Generic Viagra when I blissfully encountered this awesome site. The matter of fact over here is that i have always loved every single thing related to Gasaphon and Gundam and so, your column catched my eye as soon as I rest my eyes on it.