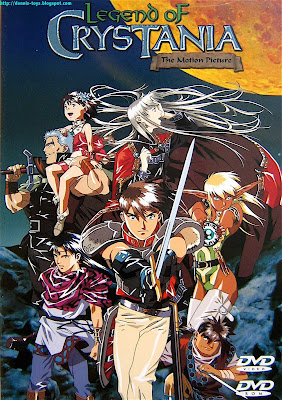 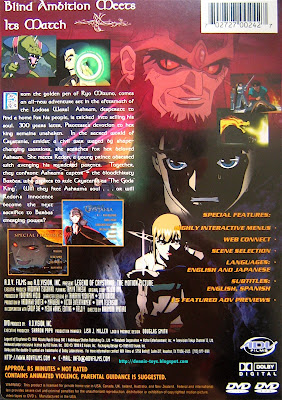 Back cover of DVD 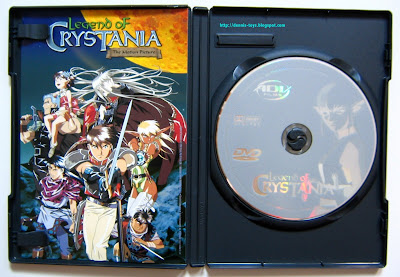 I was rather disappointed with 'Legend of Crystania' and in my opinion, it didn't not live up to the standard of 'Record of Lodoss War'. First of all, the development of main character ain't interesting, the plot is so-so and the drawing is unlike Lodoss War.

Review from Amazon.com:
This three-part OAV is set in the same universe as Record of Lodoss War, but there's little overlap between the stories. The choppy and often difficult-to-follow narrative traces the effort to resurrect the evil wizard-king Barbas. Opposing the attempt are Sir Redon and his retinue, a dark elf, the twins Irim and Kirim, and assorted other warriors. The characters wander through Crystania as the story builds to the inevitable confrontation in which Barbas is defeated not by Redon, but King Ashram, who's spent the last 300 years trapped in the World of Chaos. The filmmakers fail to give the characters distinct identities: at the end of "A New Beginning," Kirim turns into a swan who will carry souls to paradise, but the viewer has no idea how or why he's making this transition. Unrated; suitable for ages 12 and up: Violence, grotesque imagery. --Charles Solomon
The opening of Legend of Crystania...