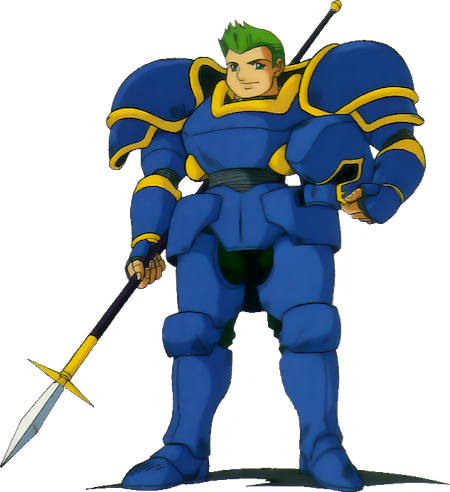 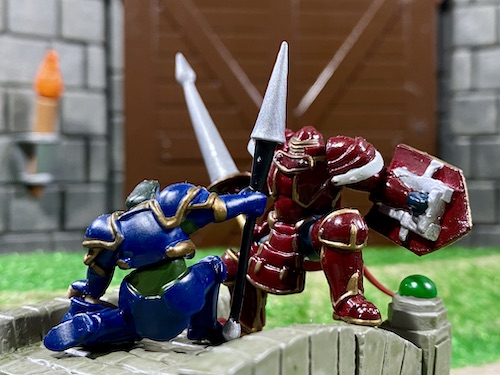 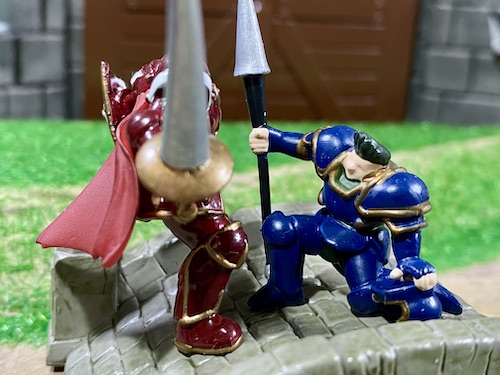 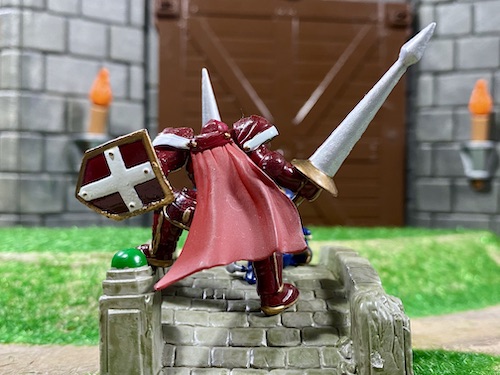 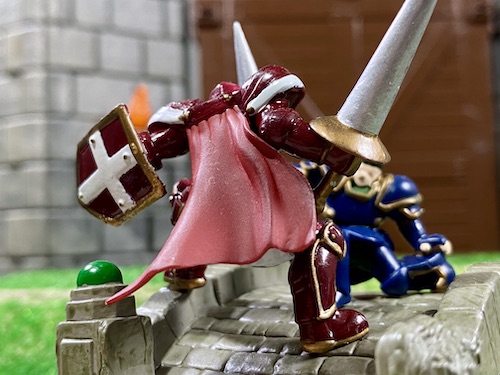 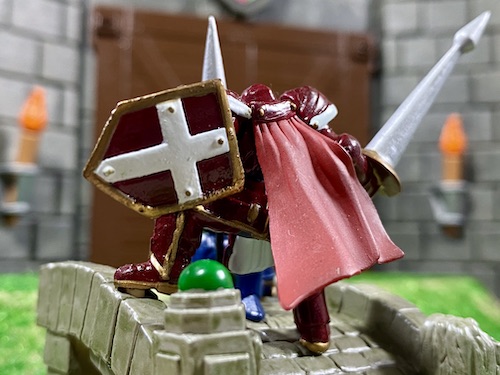 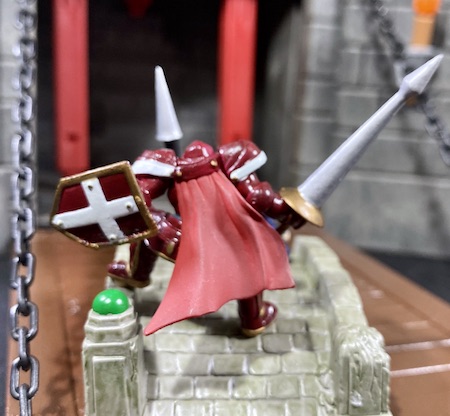 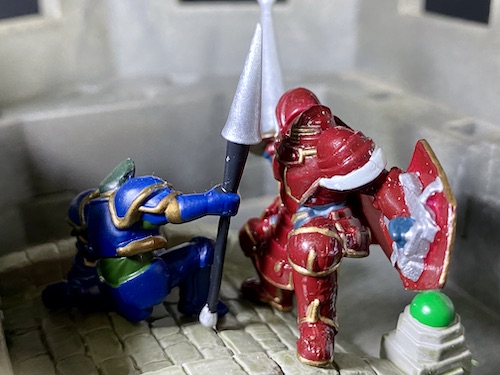 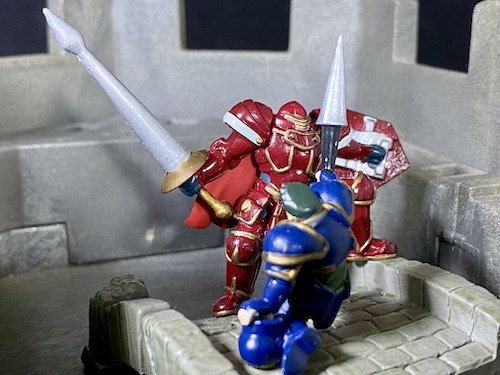 Castle under siege... Fire 🔥 Emblem aka "Monshou no Nazo" Japanese title is one of the earliest turn-based fantasy strategy games I played on console and heavy knights gave me a deep impression. I'm talking about the old NES version which I played as a kid. Here is my ‘Mystery of the Emblem’ trading figure by Yujin. Glad that I pick this mini figurine at the local hobby store. There is isn't a lot of information on this toyline and I believed it was released during early 2000.

Heavily-armoured physical combat class is known as 'Heavy Infantry'. If I'm not too rusty, they are good tanker against physical attacks but seriously fragile against magical attacks.  They look cool all big and bulky but mobility isn't their forfeit. I particularly like this figure showing opposing knight battling on a stone bridge. It's a mini diorama basically.
at November 24, 2020

The figure pose is a bit off that makes you hard to display it with other figures from the same series.

For a budget figure.. I’m not complaining ^_^