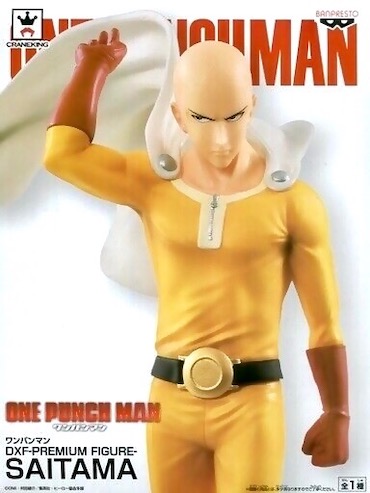 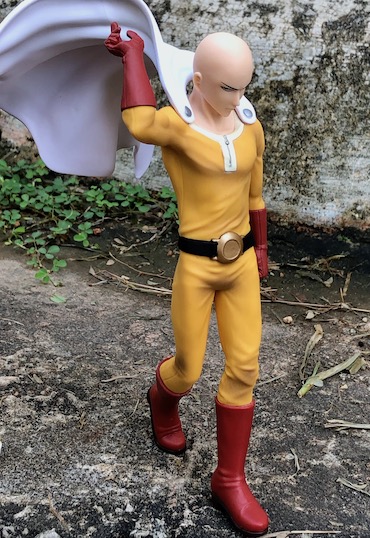 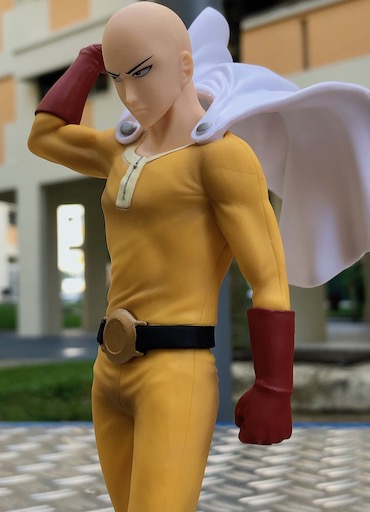 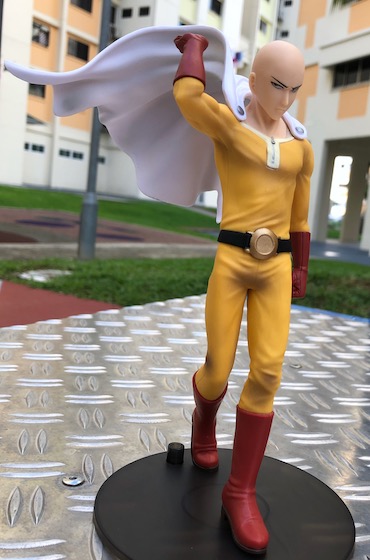 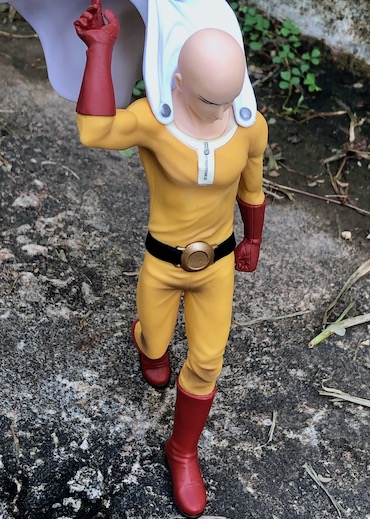 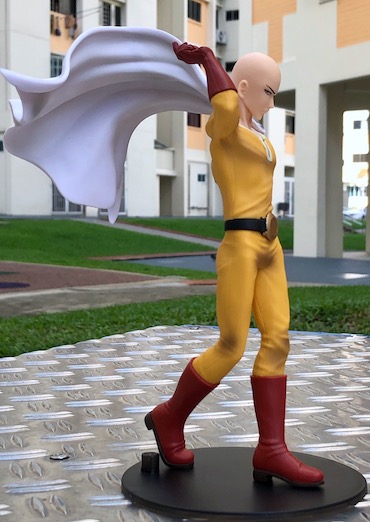 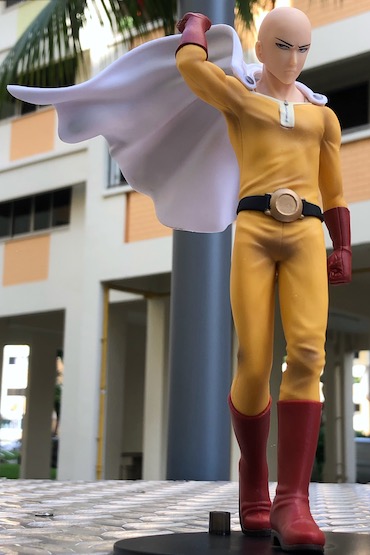 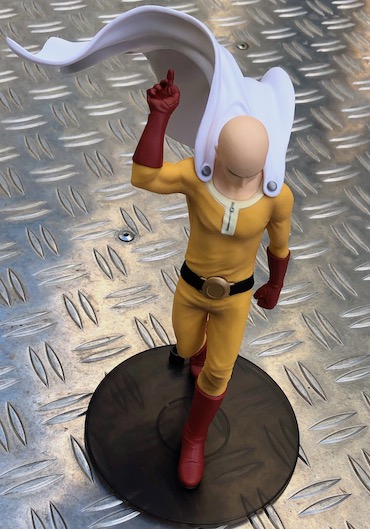 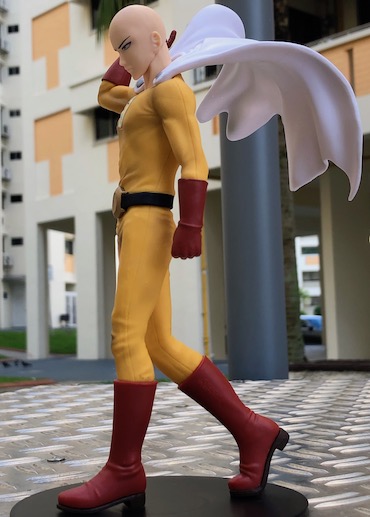 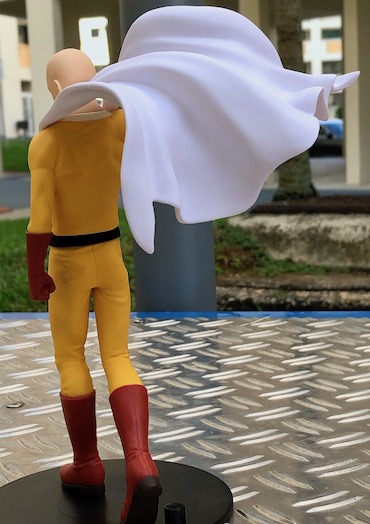 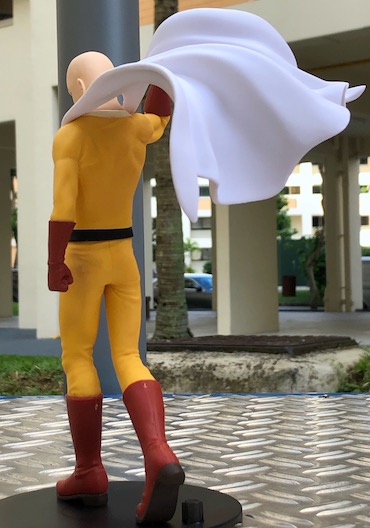 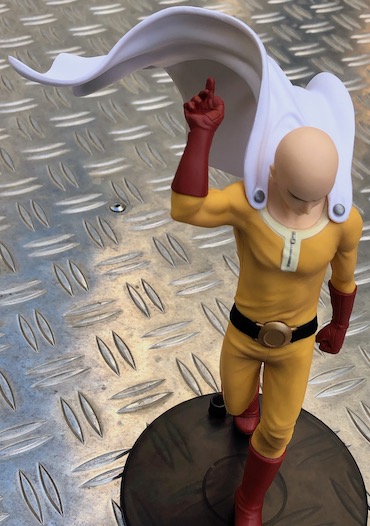 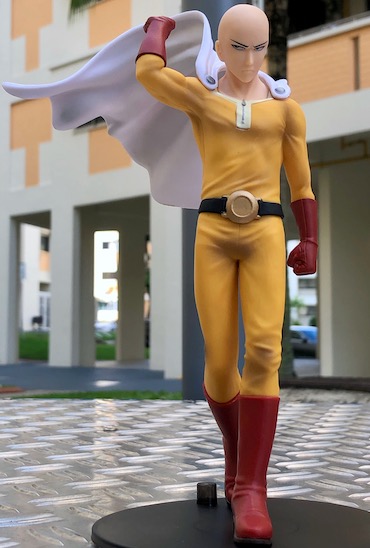 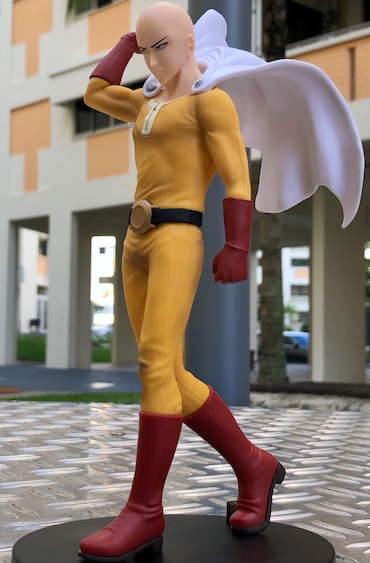 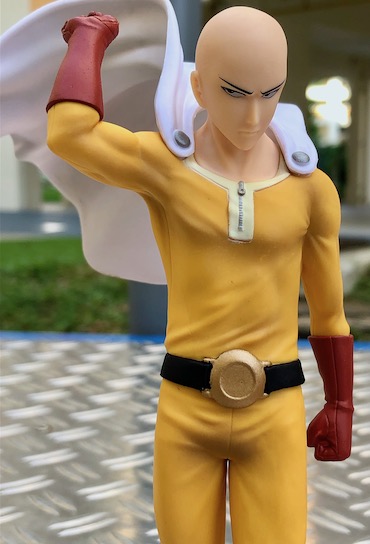 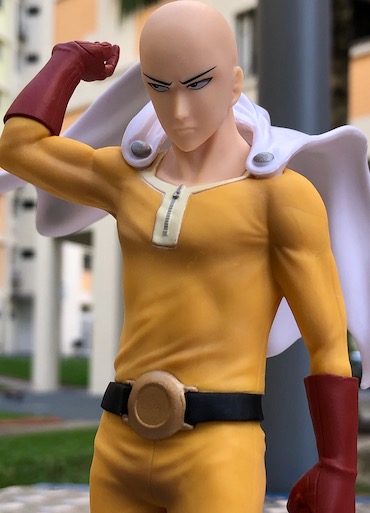 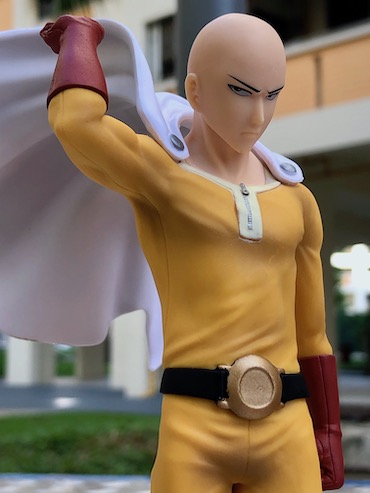 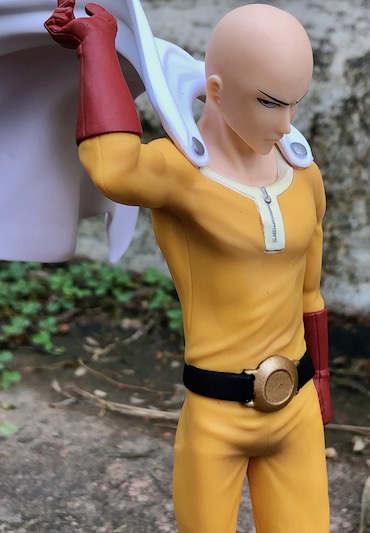 The anime that my kiddos and I just love to watch and can't get enough of it. Not for the storyline but  solely for the humour. Not your typical superhero, certainly not one that come bald and wears a pokerface. Well, took toymakers quite a while to come out with a budget Saitama figure and cool to see Banpresto product at least for now. Anyway, I'm glad to have Saitama figure in his badass look rather than his idiotic expression which we mainly see in the anime. Lolz... Awesome pose of Saitama sweeping his cape with the willowing effect. Unfortunately, the figure is unable to hold up on its own and depend on the base. What's more is an additional pole that support the weight of the cape (I took it out when taking the pics) which spoil the overall appearance.
at September 01, 2019

I have heard that the One Punch Man Series is a parody to the super heroes / super fighters genre as a whole, mocking specially about the power levels for combat and looking at some short videos about it, this guy enjoys (or rather he doesn’t enjoy at all) defeating foes with just one punch, after a flamboyant exhibition of power on their part... The statue features a nice paint job, I like the subtle shadowing and more than anything the expression in his face, a mix of condescension and snub, that fits him like a glove... Banpresto doesn’t fail to offer outstanding quality for a reasonable price, a combination that is harder to find as time goes by...

You sure knows about the anime even though you are not into it. With higher financial commitments and small budget for toys, crane prize figure provided a good alternative for it value for money quality.

This one punch man's pose looks bad ass with confident expression. It looks awesome on shelf :)

Unfortunately no space to display it on shelf. Straight to storage box after photo-taking. I flatten the packaging box and place figure in ziplock bag to maximize storage space.