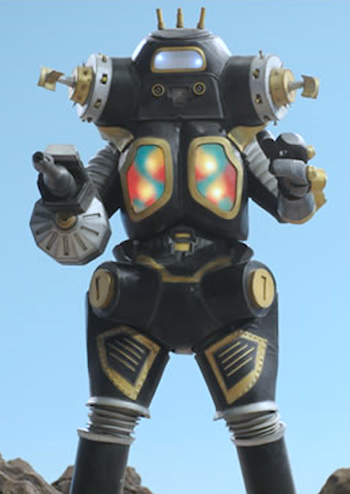 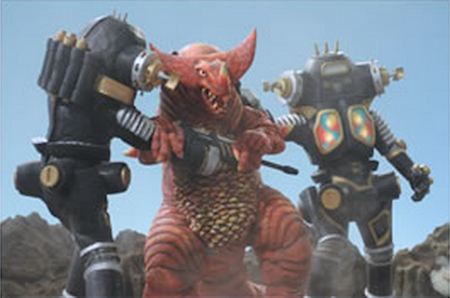 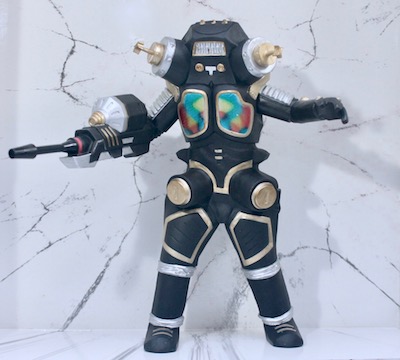 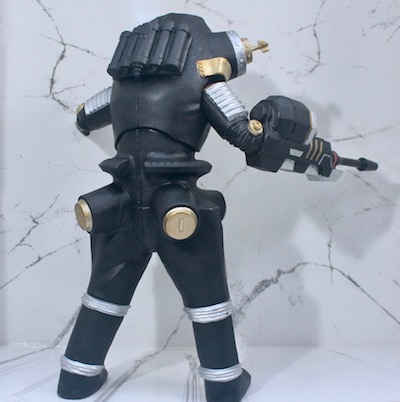 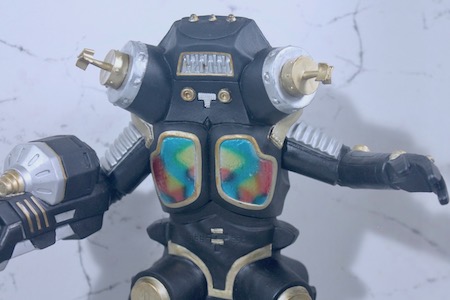 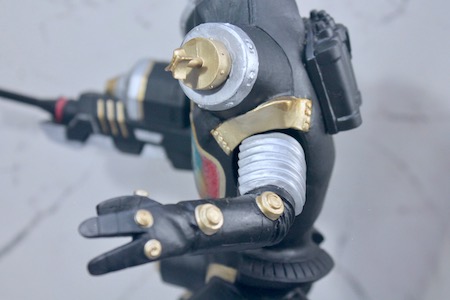 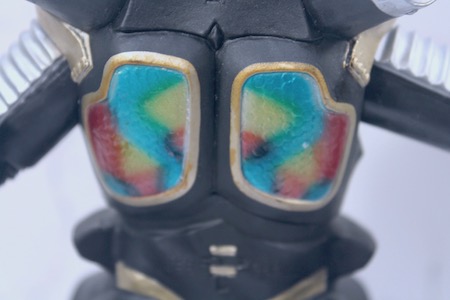 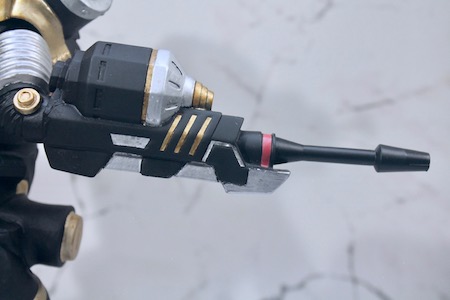 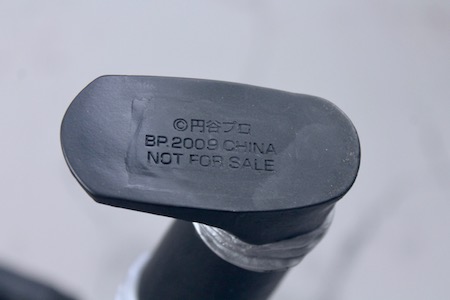 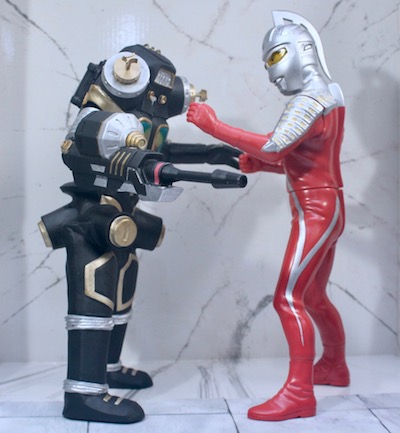 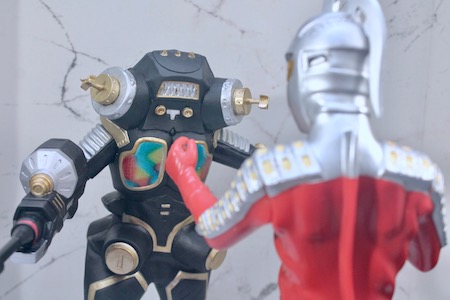 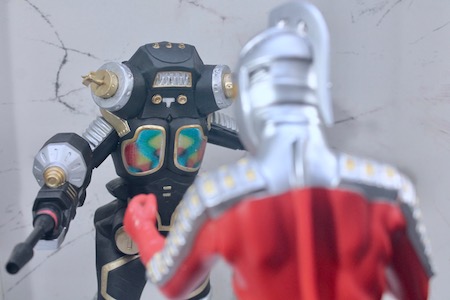 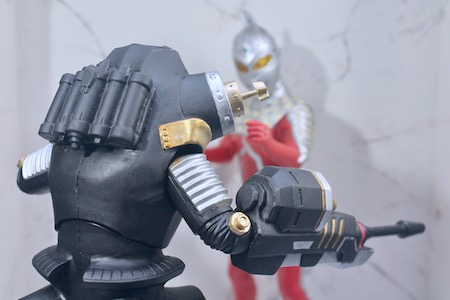 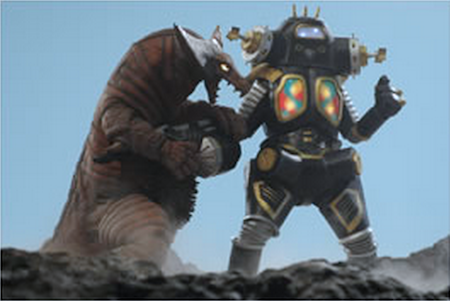 King Joe is an alien robot created by the Alien Pedan, from the TV series, Ultraseven and it reappeared throughout the series Ultra Galaxy Mega Monster Battle as King Joe Black. In this series, the one of the most popular Ultra Kaiju, King Joe appears as an upgraded, the black armor being reinforced Pedanium, former version of himself known as "King Joe Black", a black version of his former self who is also given a powerful cannon arm attachment that replaces his right hand.

The DX, Deluxe I presumed is the big soft vinyl 10" (25 cm) figure toyline by Banpresto with certain posing with 2 points of articulation on the arms. Released in 2009 as a complete painted PVC figure which the best coloured zone in Rainbow on the chest. I believed the figure was initially released as prize item therefore the marking below the feet was printed with 'Not for Sale' which give a sense of exclusiveness.
at February 09, 2018

Bro, you are gonna to become the Ultraman guru soon...

>> Desmond
At times, interest takes us a long way and we learn inevitably : )

Uhmmm... I was wondering, since I haven’t seen much of Ultraman and other related tokusatsu series, is this King Black Joe alien robot a sort of battle companion of Ultraman or just another brutish and fugly mecha foe ???... =O

>> Chrismandesign
I’m also catching up on my Ultraman knowledge and seems like I have a lot to fill in ^_^ King Black Joe served much of the villain and frustrating when produced in mass number. What a threat!