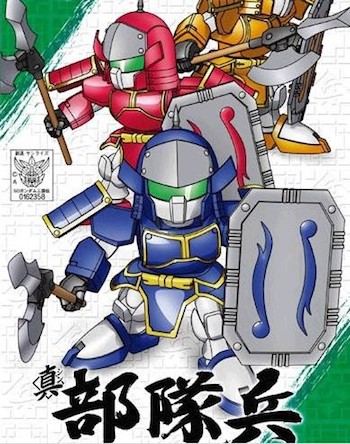 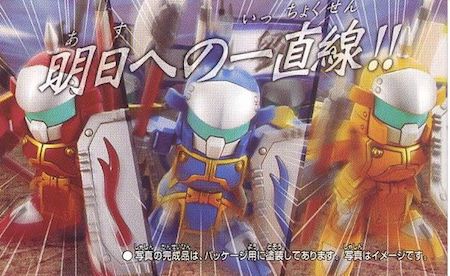 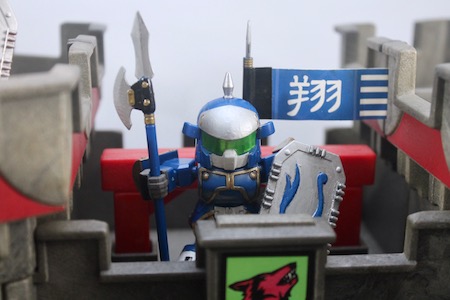 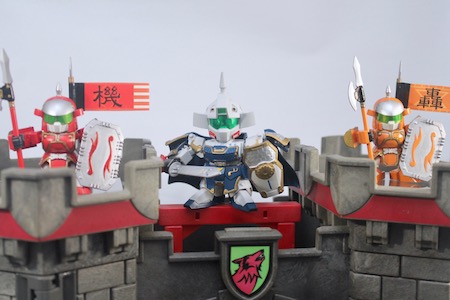 Butaihei Soldiers with their Squad Leader 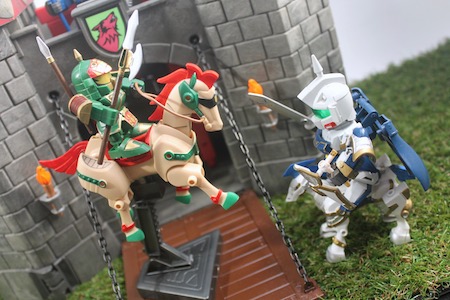 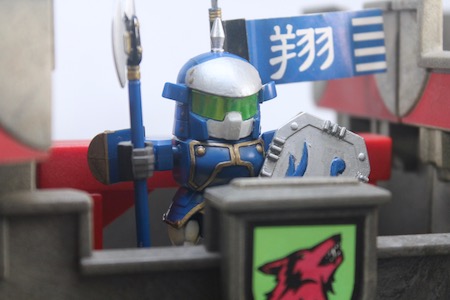 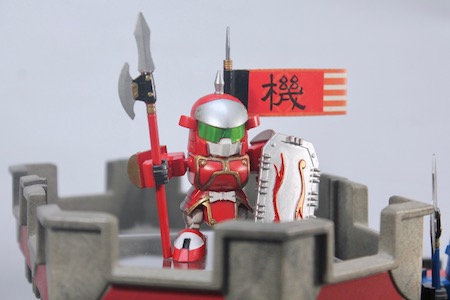 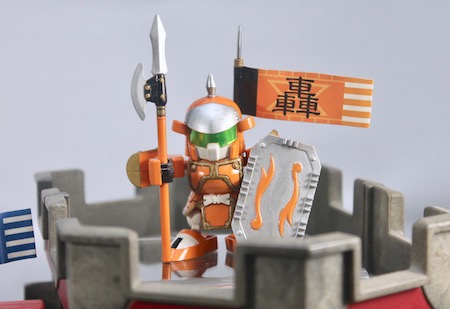 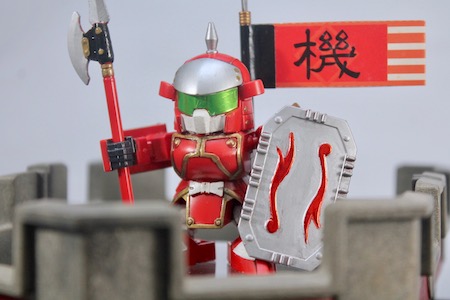 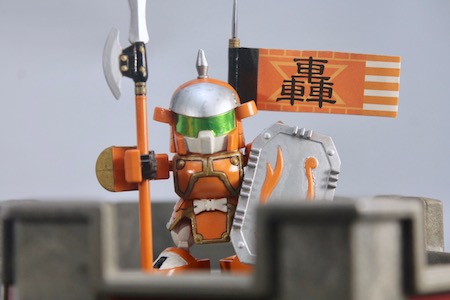 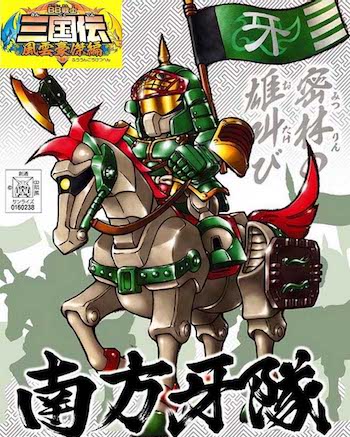 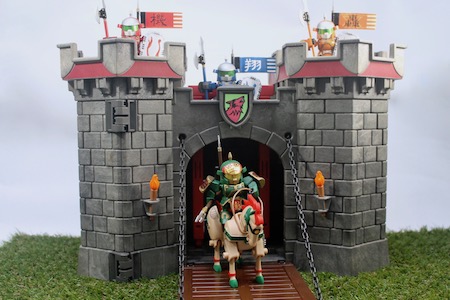 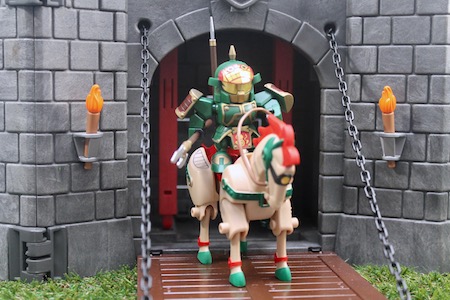 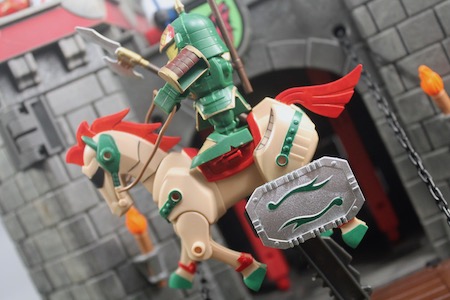 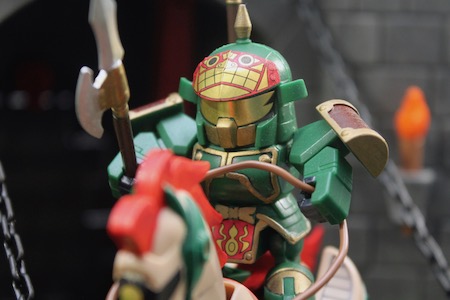 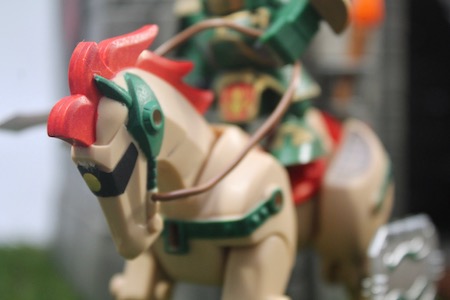 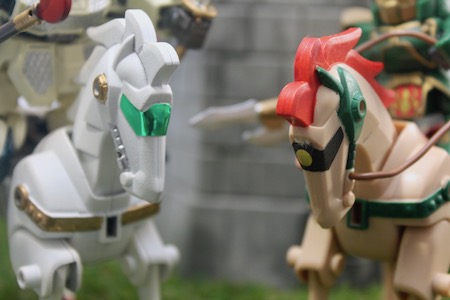 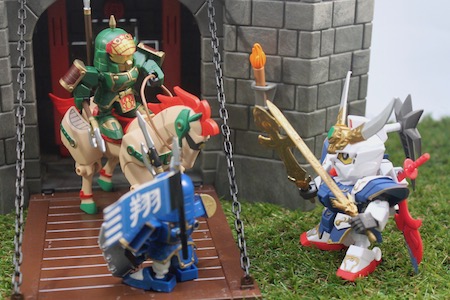 Some old Senshi Sangokuden BB Gundam kits from my collection focused on RGM units. Just like other Gundam anime series, these dispensable army of Brave Battle Warriors, served their lords loyally, always on the front-line like self sacrificial boxing bag. The kits were good props for other main characters and having more would help to build up your army of troops with and allows you to command three kingdoms.

Each Butaihei Soldier, mainly molded in blue, amber, and red from each of the three kingdoms (Giga, Gou, and Shou) in the "BB Senshi Sangokuden" series. The red ones belongs to Cao Cao's (Giga), the amber ones to the Sun Quan's (Gou), and the blue ones are from Ryubi's (Shou).

Ultra simple to construct the three ball-jointed kits of soldiers with each soldier enabling to equipped  either lance-axe, shield and flag spear representing a trooper including a paper flag for the respective kingdom. There were several down sides, one particularly was that each kit came only one colour and required lots of painting. I didn't spray the primary colour, instead I just added other colours such as the white, black, silver and gold. Good thing the kit provided chrome green visor sticker.


Next subject would be the Nanban Horseman, more affiliated to Heng Huo (Asurao Mokaku Gundam), the rebelling tribe against Ryubi's (Shou) in the southern plains. Nanban Horseman kit is a slight more premium set that comes with his personal brown war steed. I would expect it to be a mounted soldier like calvary. The horse kit was entirely light brown so I painted the red fur on the head and green parts to better resemble the anime.

Instead of the visor sticker for normal horse in Senshi Sangokuden Brave Battle Warriors, Nanban Horse's has mono eye sticker. Nanban Horse also allowed the shield to be mounted on it. Just like the Butaihei Soldier, Nanban Horseman also equipped basic weapons like lance-axe, shield and troop flag.
at January 14, 2018

It’s curious that these sets, belonging to the Sangokuden Series, are pretty simple to assemble and yet, quite difficult to finish with accurate color schemes regarding the original anime... But that’s pretty much what happens with B•Daman toys, which have several similarities, for instance, they include stickers too and the size is almost the same, maybe Sangokudens have some more articulation points; however, what I really like is the way Bandai worked horses, they look much better and well articulated !!!... =D

Nice back drop for the photo bro. The castle is Playmobil one?

>> Chrismandesign
You are right to say that the straight build is easy but it will be too plain so some effort there to hand paint these kits so the characters can look closer to how they appeared in manga or anime.

>> Leon
You are sharp bro! The castle is Playmobil! It has been an important prop for many of my pics..

Bro, I thought the castle is originally for these Gundam series :)

>> Desmond
Hehe.. which means the Playmobil castle goes excellent with these kits. Awesome!