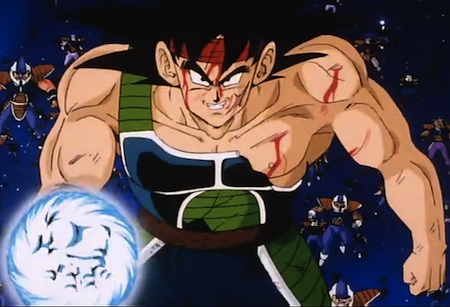 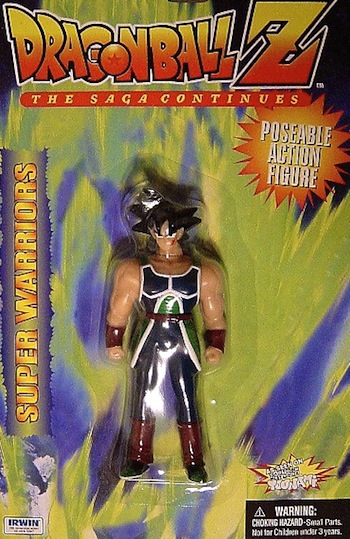 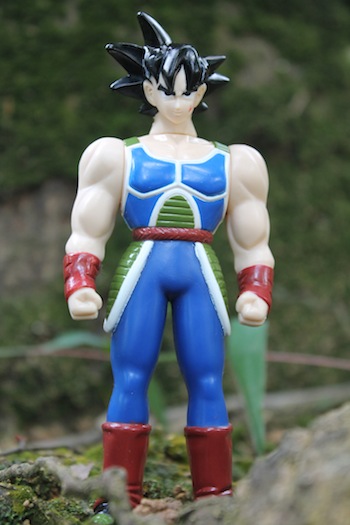 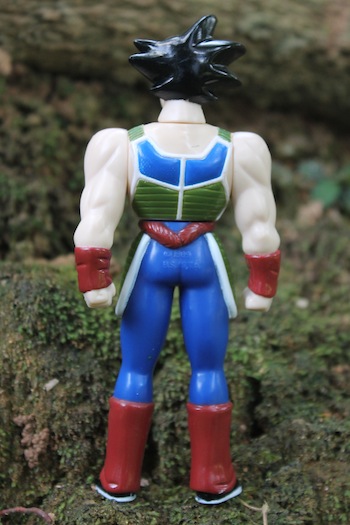 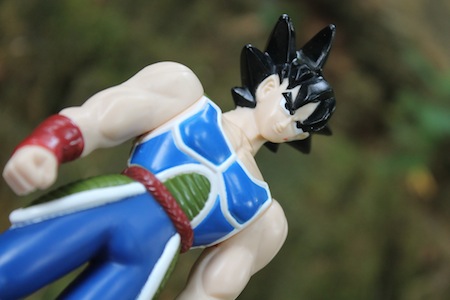 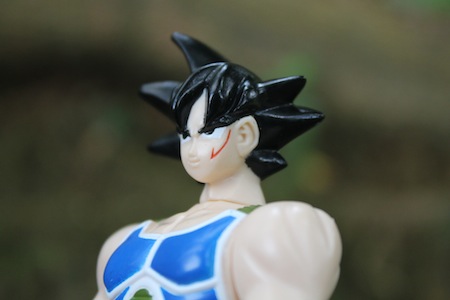 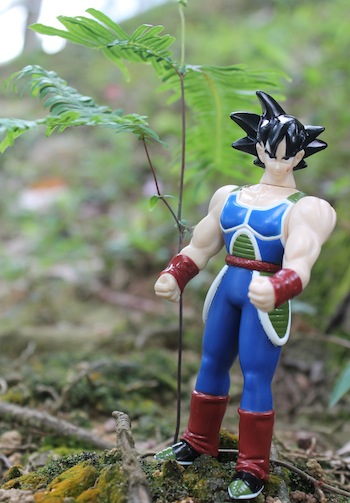 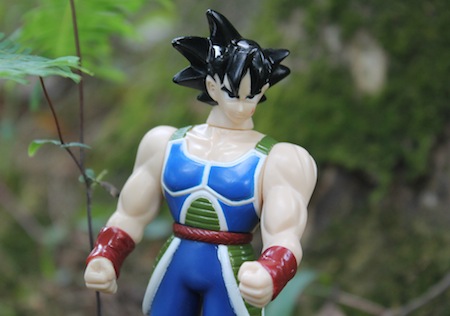 I'm going to take you way back to the jurassic period of Dragonball Z even before the existence of Sun Goku with this nostalgic looking so call posable action figure. This badass character is the father of Sun Goku and goes by the name of Bardock. He's a low-class Saiyan warrior serving under the evil Frieza. He was cursed by a dying Kanassan warrior with the ability to see the future and eventually remitted himself by acting accordance to the prophecy, believing that Goku would one day put Frieza's tyranny to an end.

It's quite any irony that though Dragonball Z was originated in Japan, most of the action figures related to this anime came of the other continent. It explained the popularity of Dragonball Z in western continent and the passion western collection in action figures. This U.S version of Bardock figure standing 13cm, was traced back to 1989 if you could the the year of production at the butt of the figure. Not wrong to say that it's posable since it has 4 rotatable parts which goes 360 degree, the arms, waist and neck, which leave an awful line across the neck.

Bardock and Goku shared the same facial, even the hair style, just that Bardock has a scar on the left cheek, sustained during the battle with Kanassan in his Gorilla Oozaru form. You can see the ape tail around Bardock waist. The figure is Bardock's form during the time, after  he fought the Kanassans and before  his task force members were annihilated, because he only inherited the red hair band from his dead comrades soaked in blood after Frieza double crossed the Saiyans.

the japanese culture, represented in the anime and manga, was fairly admired by US audiences from a very early stage, but remained underground in the geek’s world... obviously, this vintage toy is a sample of such countercurrent, since the US audiences were more used to the comic culture and the american heroes... as far as i know, even anime series were released in the 80s for Latin America !!! =)

Can trace the infiltration of anime to US from the time of Transformers and Robotech and later like Sailormoon and dragonball Z and thereafter much more in the 90s... The equal admiration for comic and cartoon on American heroes which nowadays have very awesome movies, which reminds me I need to catch 'Captain America - Winter Soldier'.