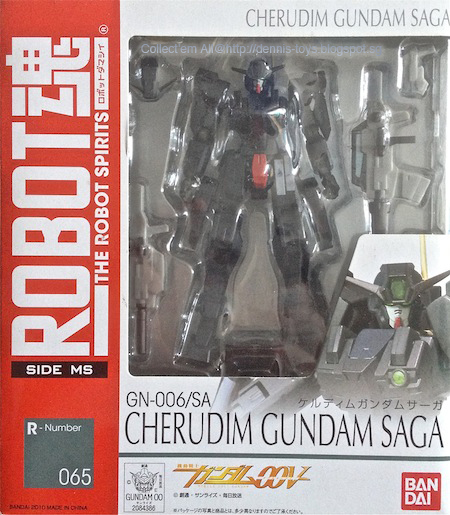 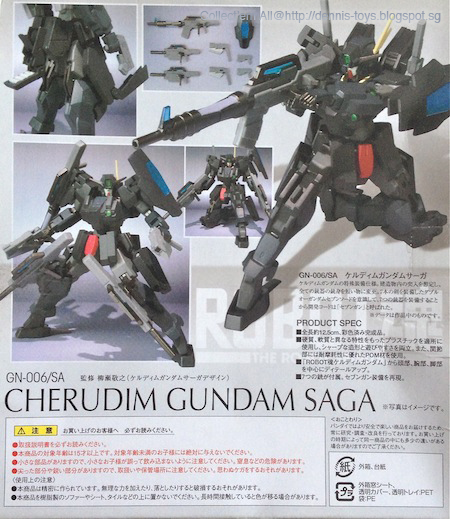 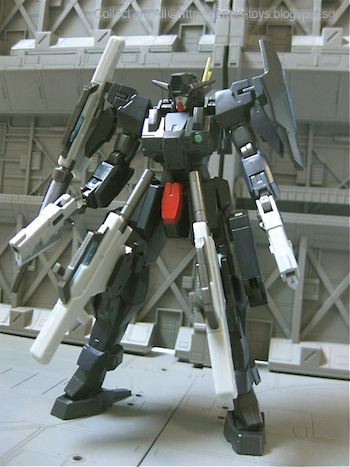 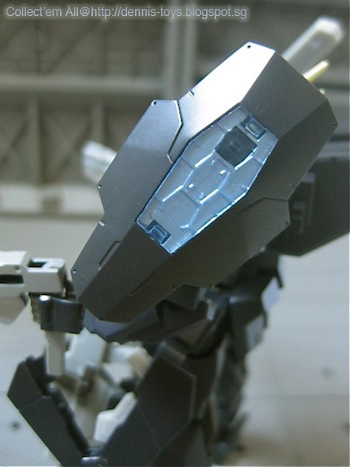 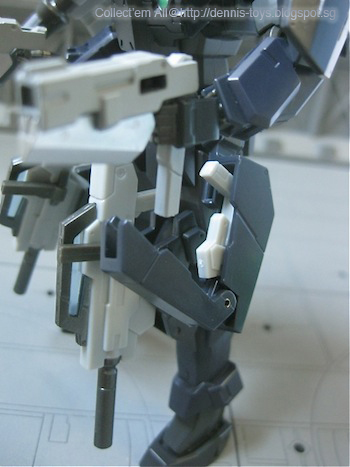 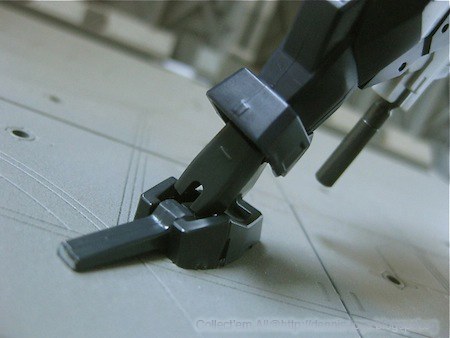 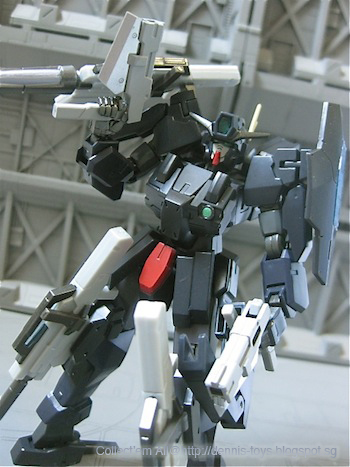 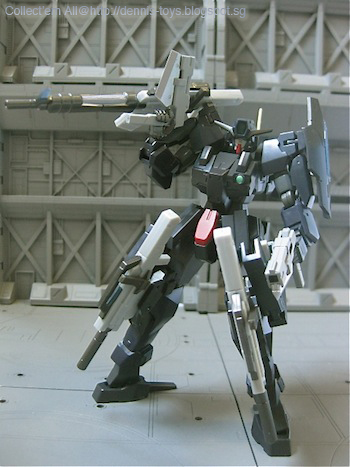 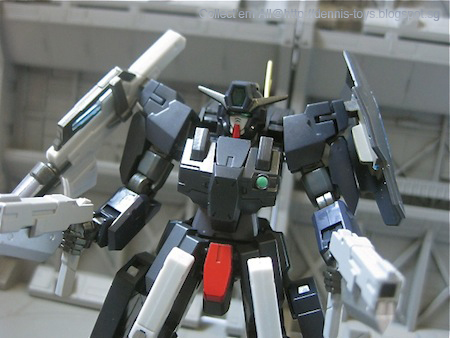 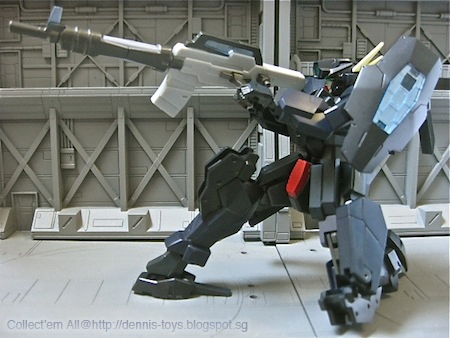 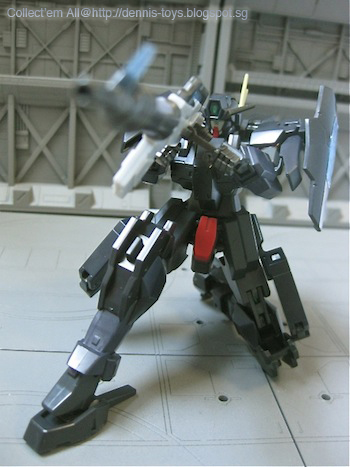 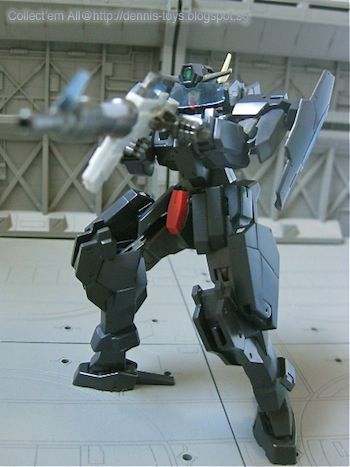 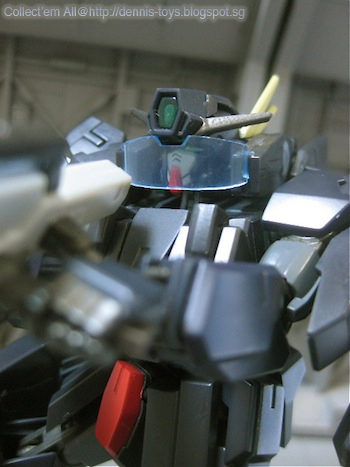 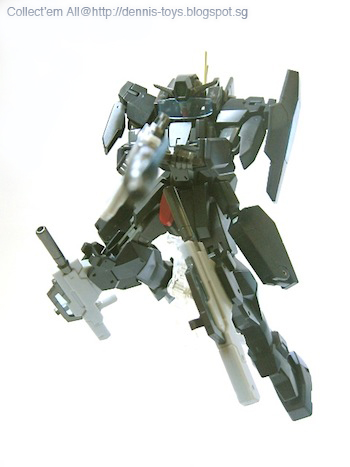 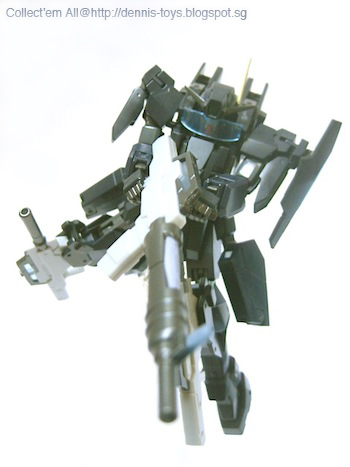 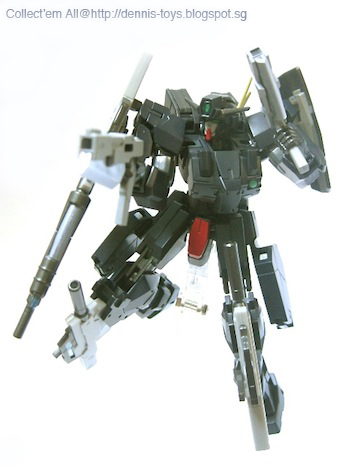 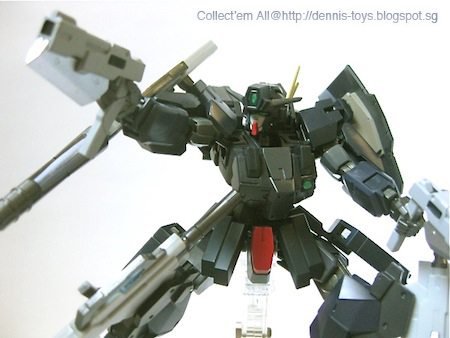 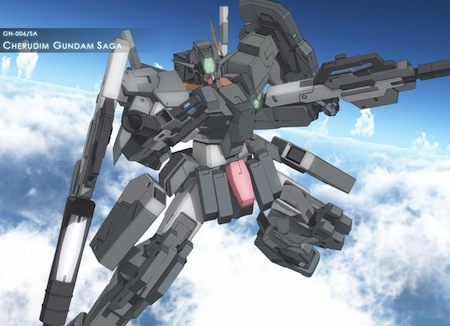 The GN-006/SA mobile suit known as Cherudim Gundam Saga was inducted as Robot Damashii action figure as a side expansion of Gundam 00 variants (Side MS). Like all Damashii in 1/144 scale (approximately 13cm), the Cherudim Saga is highly posable and comes with a variety of weapons. You knew of 00 Gundam Seven Swords, so has Bandai incorporated seven guns to Cherudim, which included a long sniping rifle, two beam guns mounted to the kneels, two blade pistols and two small concealable pistols. There's also a on left shoulder with blue tainted clear plastic, and more!

Not to mention cool gimmicks like the foldable stabilizers on the heels, the attachable blue tainted aiming len over the face, the openable side holsters for the small pistols, the replaceable ammo cartridge on the rear and long rifle mounting mechanism on the right shoulder, which made Cherudim double the fun!

ps: Thank you Stanley for lending the figure to me hence this review is possible!
at October 24, 2012

Many thanx for lending the toy to me for review. It was real fun then...

this is s great figure !!! congrats to the owner =P... i love the design, color scheme, equipment, detail, articulation, everything ??? LOL... is highly collectible !!! =)

Well Stanley is the lucky owner! The colour is kind of stealth which give it a practical feel. It's cool that the design had given the mecha a lot of weapon docking areas and made it specialized in long range attack and defense with pistols.

Best part is that the figure is still nimble with all the armament.