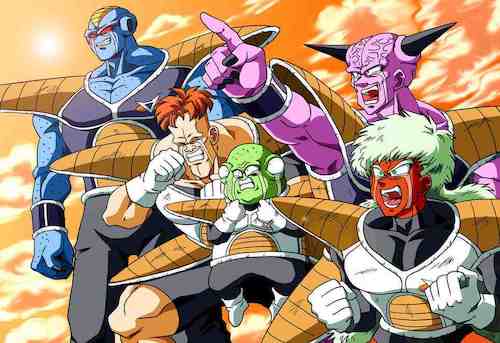 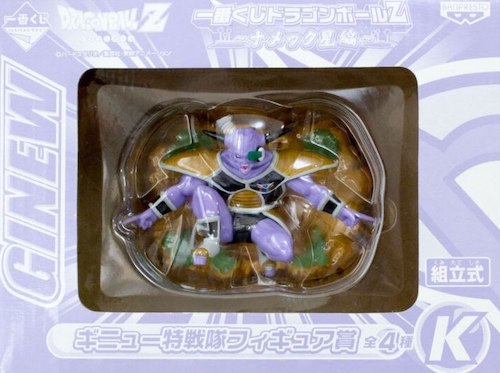 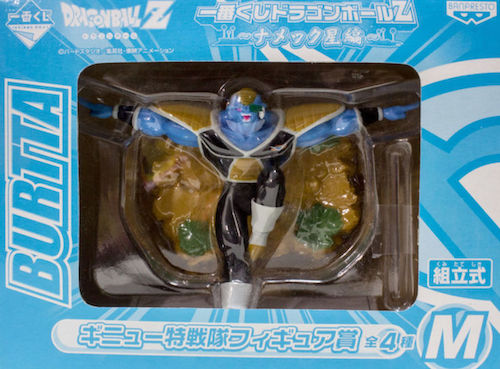 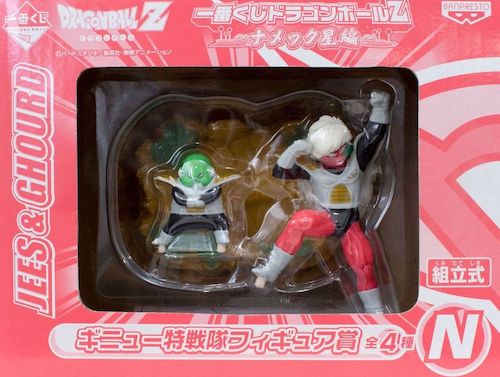 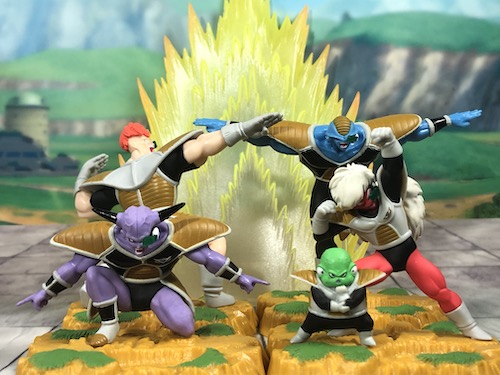 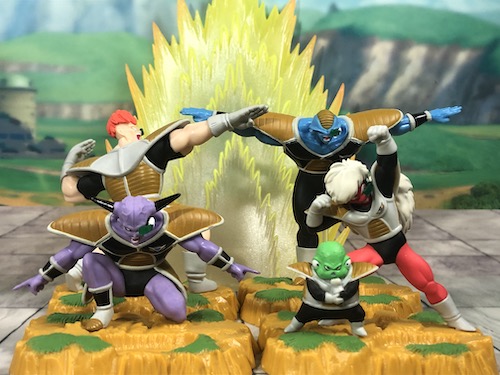 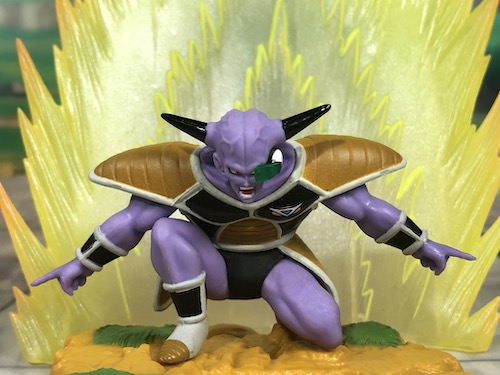 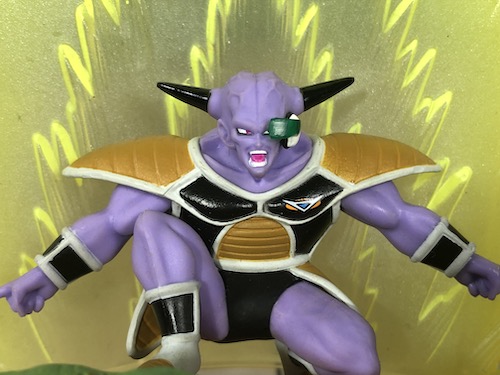 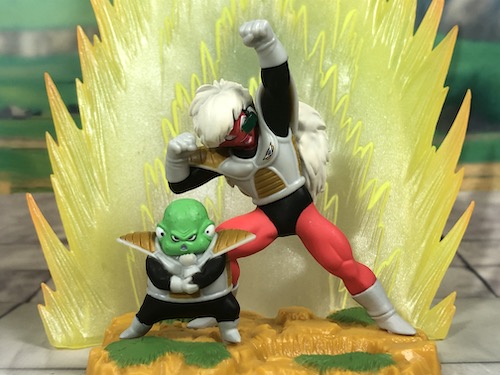 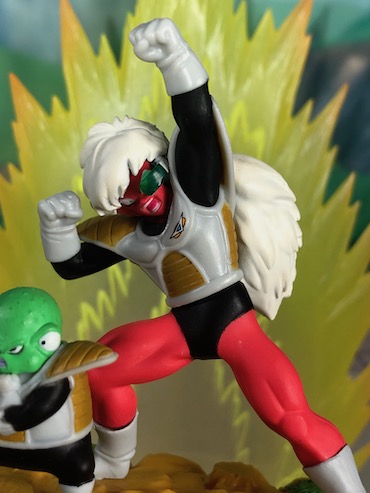 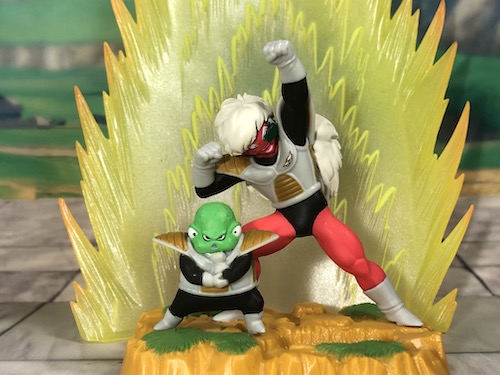 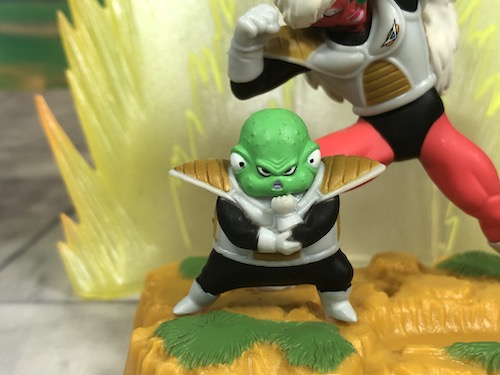 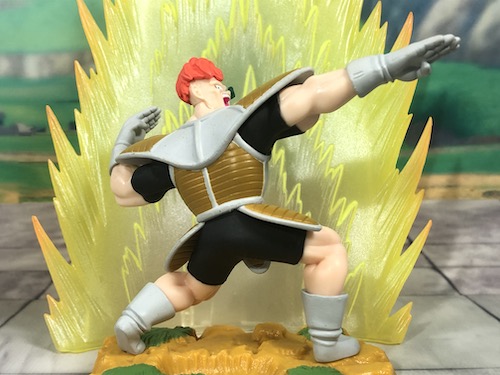 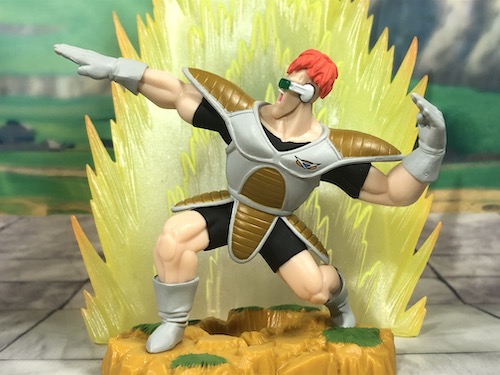 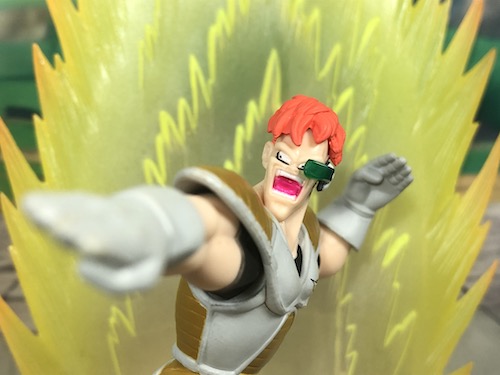 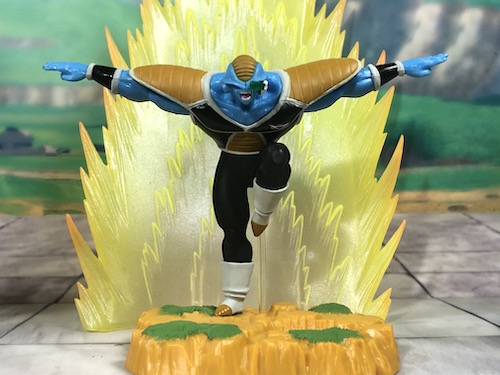 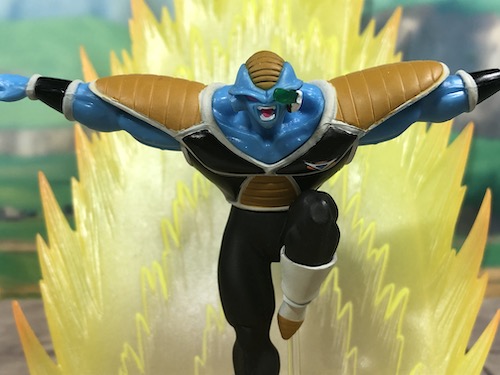 DBZ craziest fighting force is back again as Ichiban Kuji! Released by Banpresto which comes in a set of 4 to complete the squad. Tallest figure (Burter) stands 10 cm with the diorama base. Jeice and Guldo are both small enough to pack them as one single set. All the members of Ginyu Force are position in their signature goofy poses. Every set has a pothole on the diorama and I wonder what is it for. I assume it's manned to hold some small stuffs like coins however I have seen some collectors putting Dragon Ball marbles which is pretty ingenious.
at January 14, 2020

The figure set is very nice which allows different characters to combine as a team. You added the effect piece for background. They look more awesome!!

I know you love the Ginyu Force quite a bit so I guess there was no hesitation for you to get it... This team contributed to the humor of the series, somehow creating a balance with the threat represented by Freeza (known as Freezer in my homeland); albeit they were capable fighters, it were their signature poses which give them a silly touch... By your description, these figures have pretty much the size of an average gashapon and they have pretty much the same quality (which is very good IMHO), the bases are great for dioramas and sometimes you don’t get this kind of extras with gashapons, so that’s another advantage of this product by Banpresto... Great stuff pal, congrats!...

>> Desmond
It’s quite an appealing set and furthermore I like Ginyu Force a lot. The figures stand out all thanx to the Bandai effect part. Hehe ^_^

>> Chrismandesign
I’m lucky to get this set at a good deal. It’s certainly a great addition to my Ginyu Force collection. I’m always looking at various related figures to compliment each other.