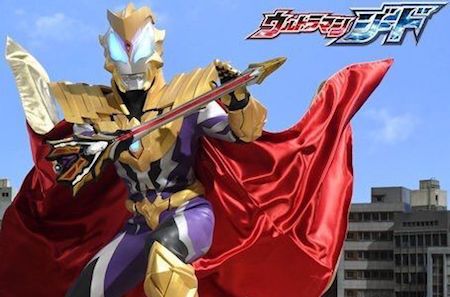 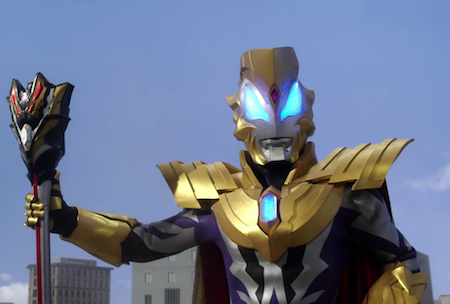 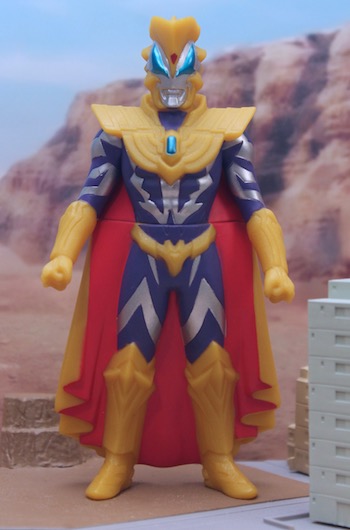 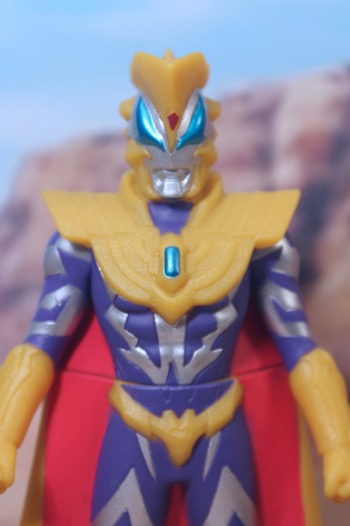 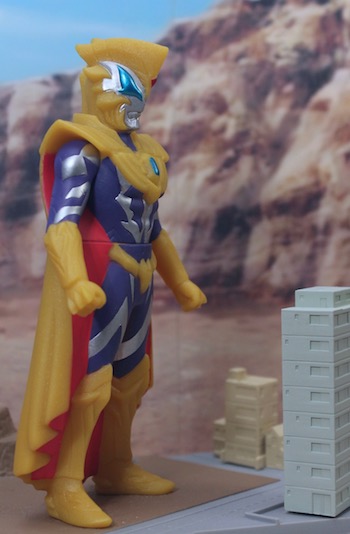 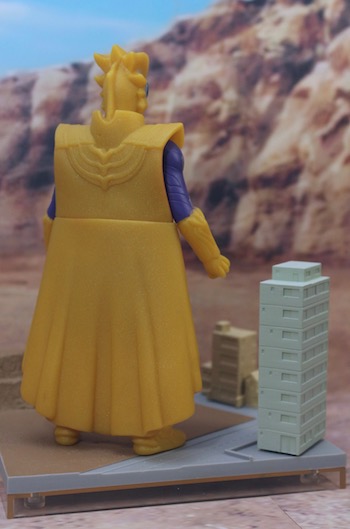 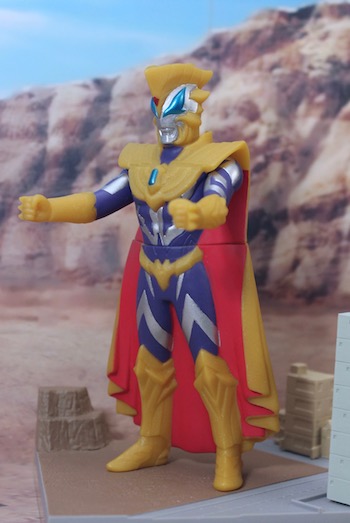 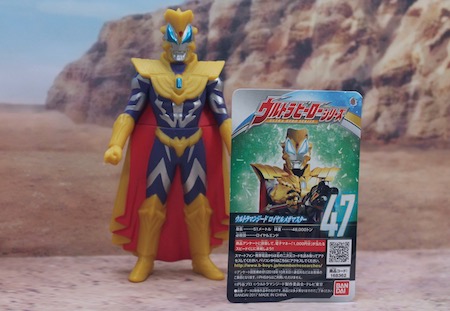 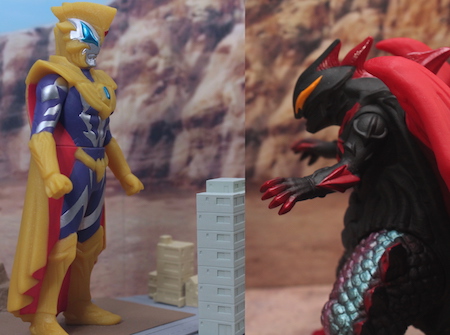 You Go! I Go! There we go! I'm going back to what I like as a kid and there is my very first post on Ultraman! I skipped a big chunk from the classic to the most recent Ultraman Geed, synthetic son of the infamous Reionic Ultra Ultraman Belial. In classic Tokusatsu extravaganza mode, Geed cycles through all of his form changes in his battle with Belial, one after the other, until finally arriving at his newest form. Gifted to him by his friend, Laiha’s relinquished Little Star, Riku obtained the capsule from Ultraman King and becomes Ultraman Geed Royal Mega-Master.

The soft vinyl made figure was a released under Ultra Hero series in late Oct 2017 by Bandai. Basic 3-point articulation in standing ovation. A unique Ultraman figure as few figure in the series came in cape. I like those eyes that resemble Belial and instead of those red-orangish eyes of evil, Ultraman Geed Royal Mega Master has those gentle blue eyes. The chrome blue and silver paints are well painted but I wonder isn't the yellow portion painted gold? Maybe this is manned to be a more budget figure and Bandai decided to put in more effort in their S.H.Figuarts Ultraman Act release of the same character.

The figure stands around 13.6 cm which is approximately 5" and I feel that its shorter and didn't fit well with my other 6" Ultraman figures. Wonder why Bandai started moving away from producing the regular 6" soft vinyl Ultraman figure which is a standard size like those I used to own as a boy.
at January 21, 2018

Looking at the videoclip, I think that the Tokusatsu genre has changed very little regarding the old series, at least in the essentials and it’s wonderful all the work involved in the city maquettes, that later have to be destroyed in the combat scenes... If I worked building those city mock-ups, I will not allow such massive destruction, even if I have brake into the scene and kick hero and/or monsters faces (or asses) to teach them some respect for my job (obviously I would be masked in that feat, to respect the genre and become the third and true kamen) LOLOLOLOLOLOLOLOLOLOLOLOLOLOLOLOLOL !!! XD...

Dennis nice background you have there. To Scale somemore the building! Good job! LOL

>> Chrismandesign
I think they are taking your suggestion now that the latest manga, Ultraman and monster no longer transform to Titans for building destruction hehehe... Ultraman is evolving as well and suit audiences these era..

>> Leon
Thank you bro. Invested some props and also the diorama is a fun factor. I’m playing hehehe ...

>> Desmond
Yeah bro! Fusion of Ultraman from previous series. Having the new but not forgetting the old...

"Wonder why Bandai started moving away from producing the regular 6" soft vinyl Ultraman figure which is a standard size like those I used to own as a boy."

>>> because Bandai said, if you want bigger now, buy the Ultra Act series... typical Bandai but then again Bandai is a business entity and from time to time they do need to re-evaluate and modify their strategy to stay profitable.

>> David
I would also think that Bandai wishes to switch 6” to Ultra Act as mature collectors likely for go for better details and posing and have a higher spending power.