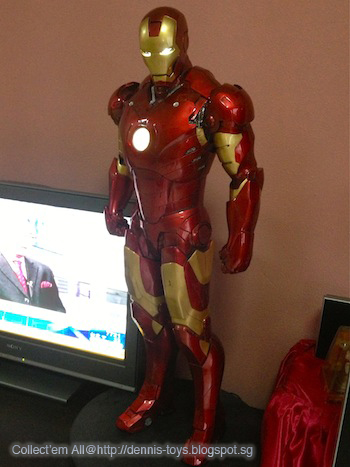 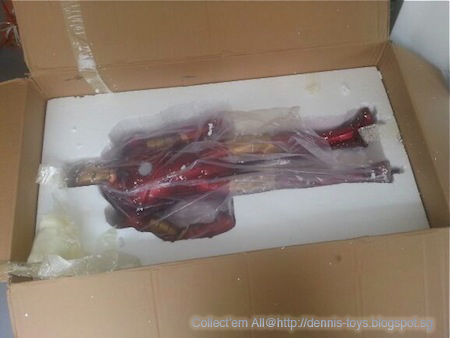 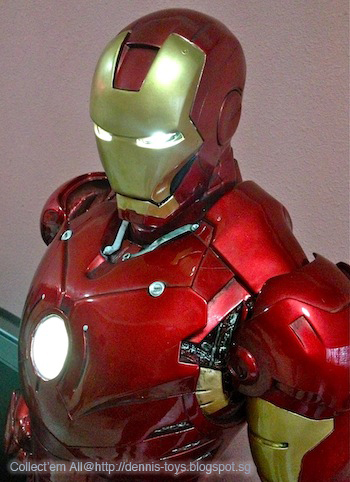 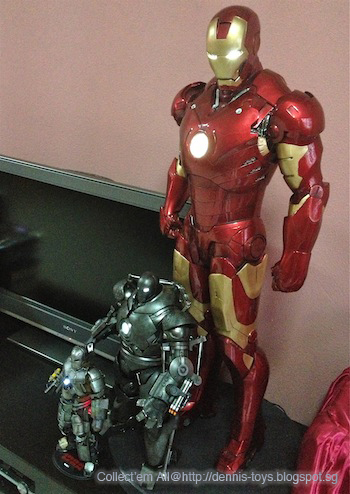 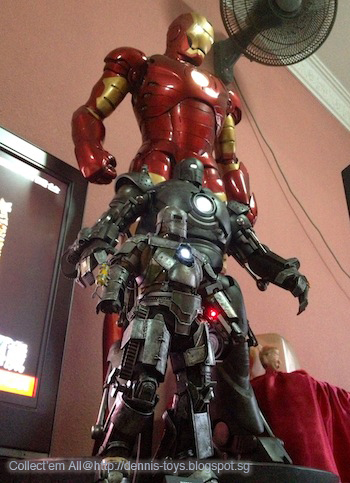 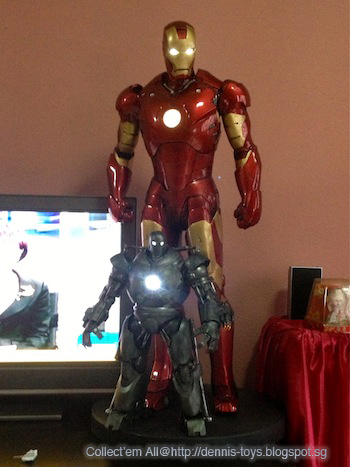 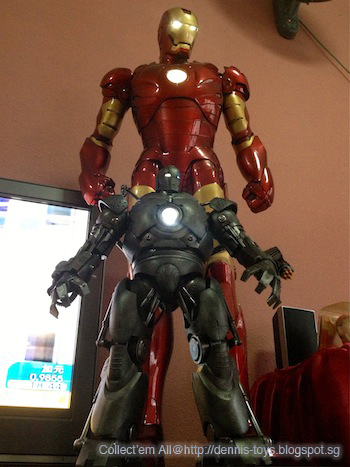 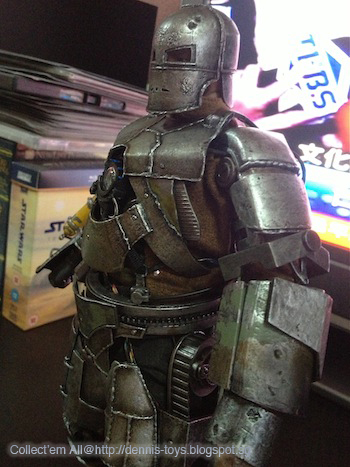 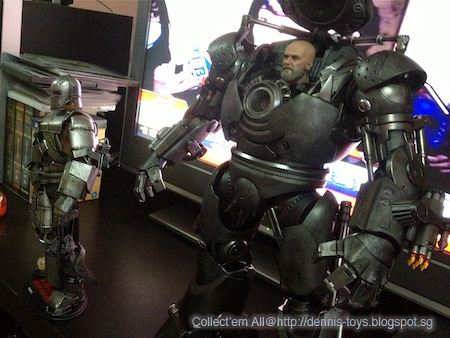 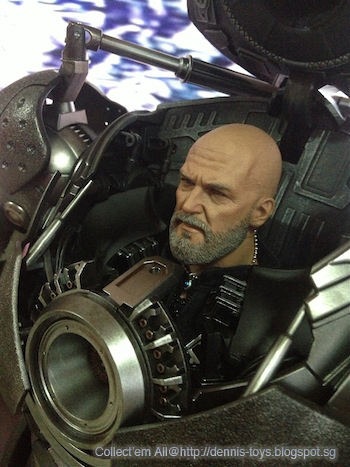 "So what did you buy this time!?" was what the postman asked, after he struggled his way, carrying a huge parcel with 1 metre tall Ironman inside to Stanley's doorstep. Obviously Stanley had so many toy shipments lately till the postman could recognised him. Lolz... Stanley's room is so packed with his other toys that he could no longer accommodate this big fellow. He also confessed that this was an impulse buy. Hee! Hee! Let's not teased him anymore : )

Anyway, Kenny saved the day when he offered to house this 1-metre Ironman for the time being and it was rather spontaneous that we proceeded to Stanley's house the day itself with Kenny's dad's lorry like movers to transfer the toy and had it set up at Kenny's house. Considering the operation swift and this 1-metre Ironman looks awesome in the living room with its chest and eyes lighted up!

The red and orange are also  auspicious colours with the near approaching Chinese New Year. Kenny had also took out his Hot Toys Ironman Mark I (First edition) and just released Iron Monger to show a size comparison. Even the  HT Iron Monger looks petite beside the 1-metre Ironman.
at January 20, 2013

This is an awesome piece..very nice indeed...

I guess It's a movie replica that many Ironman toy collectors would love to have in their house. The centre of attraction.

That is one tall figure and really shows the dimensions with the others. My wife would freak if she saw this as one of my impulse buys - LOL.

I always thought my Jumbo Gundam is big but this is giant. Totally agreed that this is one hell of a impulse buy. No wonder Stanley told me he didn't sleep well a few nites buying this online, troubled by where to hide it.

now talking about hardcore collectors... this is insane !!!... i wouldn’t sleep so well just buying a Hot Toys Figure LOL... i’m wondering if this monster has as good articulation as a figure so big could have ???... in case that the answer were "NO", it’s an impressive collectible anyway... i’m drooling @.@...

Agreed that even I would take serious consideration before buying a toy above 200 dollars and maybe it's a blessing that I'm not into HT. This 1-metre Ironman is more like a statue without articulation and weighs a lot. The base itself weighs more than 3kgs.

Lol! I find amusing to have something not in my collection lol.

Finally Stanley says for himself. Looking forward to going Japan with you bro. I gotten de-suade you from buying things not in your collection during our otaku trip.

Wow...this is the tallest action figure i ever see. This one must be very expensive

>> David John Shewsbury
It hard to show how big from the those pics even. For domestic house interior display at home, this is really hell damn big. Lolz...

>> Om3ga062012
I according to Stanley, it cost around over a thousand and he already got it for a good price.