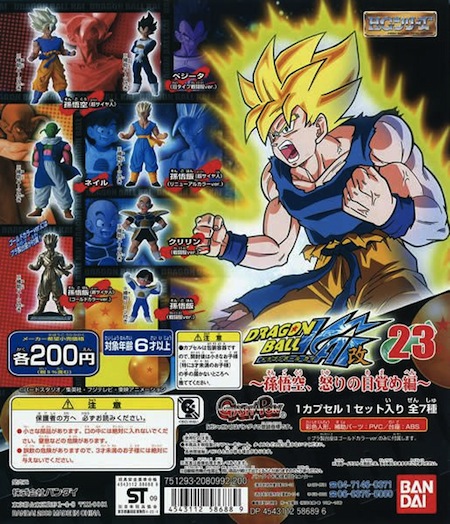 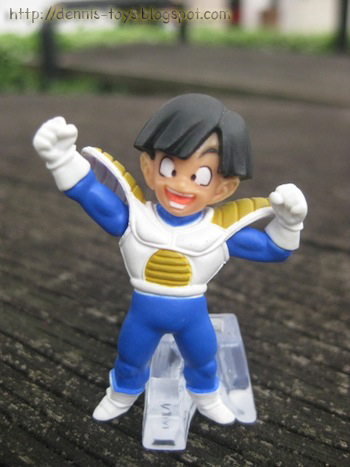 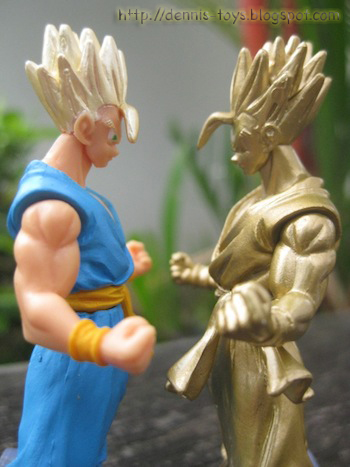 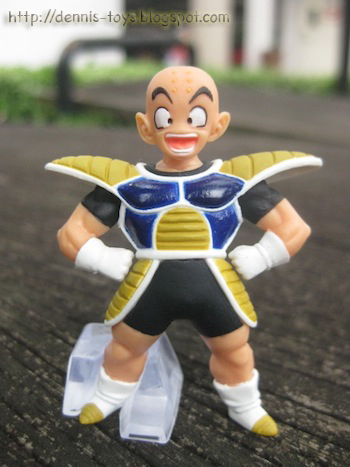 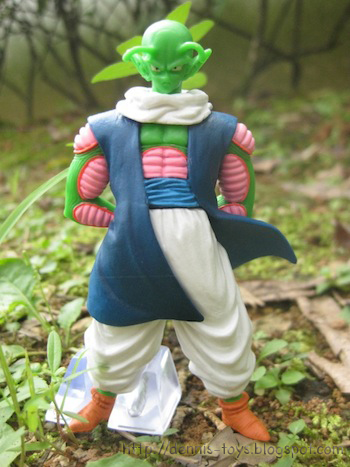 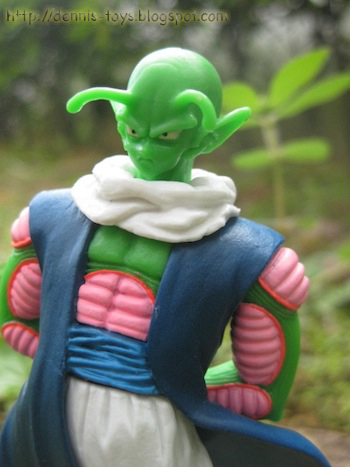 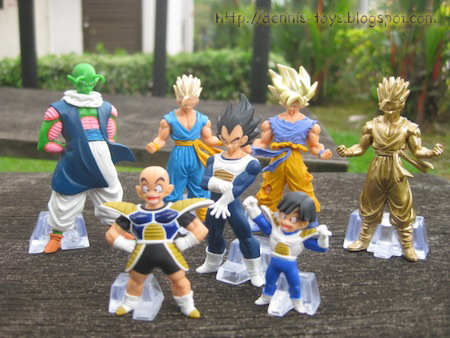 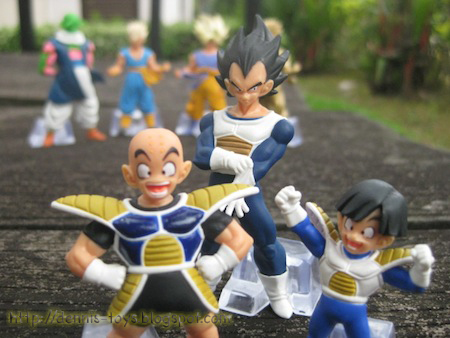 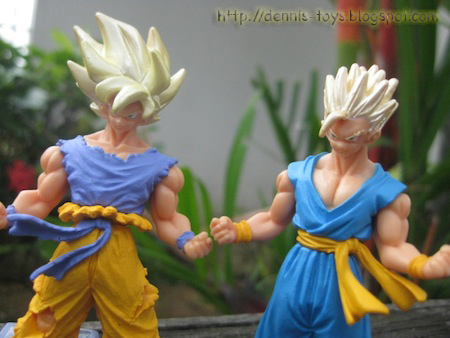 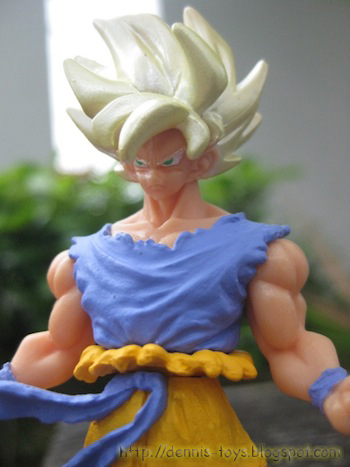 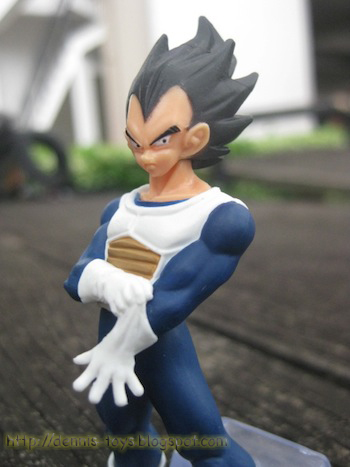 Like the power level that keeps increasing on scouter, now I'm currently looking for Dragonball Z toys again and searching back fond lost memories of this long running anime with rich history, after its re-run of the director's cut plus digitally enhanced 'Dragonball Kai'. Also due to Dragonball Kai, Bandai had gone back to focus on making toys of the earlier sagas in the anime, like the battles against annoying villian, Frieza, on planet Namek.

In my collection, are these great gasaphons not seen before in the HG line like Gohan and Krillin in saiyan armor and of course Namek's strongest fighter 'Nail'. We even get a Vegeta in his late Saiyan armor all ready to kick some androids' ass. There are barely any gasaphon of Vegeta in this armor. They're also continuing their gold variants with a teen SS Gohan (which I personally do fancy). These gasaphons impressed me with those details (Not all perfect but certainly great) even on close-up. Still, due to their size, I think I bought them on impulse and are seeking bigger Dragonball Z figures from trading figures onwards.
at April 01, 2012

It is always cool to go back and get something you enjoyed.

Watched some Dragon Ball Z Kai the other day and was a good episode.

Do all Namek's have that same damn expression - lol.

You are so damn right about that bro! I'm indulged in DBZ now. Love whoever in the saiyan armor. It hard to differential Piccolo and Nail apart from their attires. Anyway, they fused together. Ha! Ha!

bro, i believe more DB figures will be in your collection soon

Oh yes! The famous blast attack. Seems like in collectors in states have the luxury of getting DBZ action figures.

You are so right bro! Some nice stuffs both originals and some knockoffs that's nice on even on display.

oh!!! the gashapons !!! they’re all great, specially the latter editions and i find the Dragon Ball gashapons very detailed, even better features than bigger figures i must say... Vegeta looks pretty fine, but Gokou and Gohan are the winners for me... the golden version of Gohan is not so usual, but i still prefer the silver version of gashapons, since they have a weathered effect that is more appealing... is a great set indeed... =)

Ah yes. For those sayan armor version it is totally worth it.

I remember gasaphon in the past was in only one colour and technologies really has improved tremendously. Silver or gold, they are not my cup of tea. I like the original colour and in this series, I think the matured Goku is well made.

Somehow, I'm crazy over any characters that donned the Saiyan armor. Hee! Hee!

whoooa they are look so nice even in gashapon form

I wish Banpresto or even Bandai will make a bigger version Krillin in Saiyan armor in bigger scale. The one by Jakks is to expensive on eBay...

Amazing toys,these are full of colors. But in my opinion toys make kids happier .So parents should buy toys for kids which are sophisticated and soft in touch and not harmful for babies.

Thank you for the support! More DBZ stuff to come...