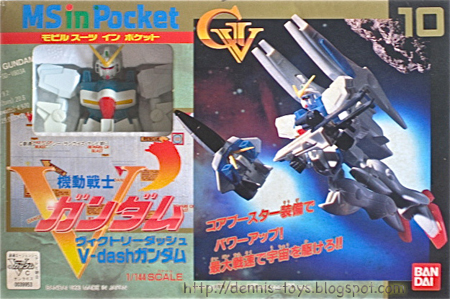 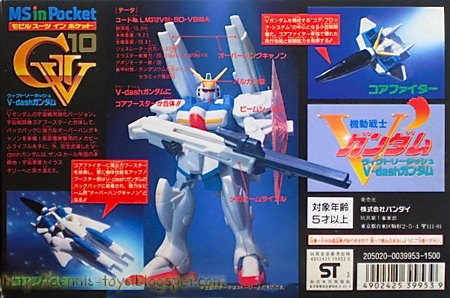 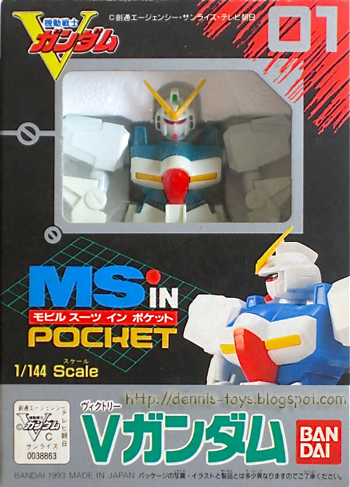 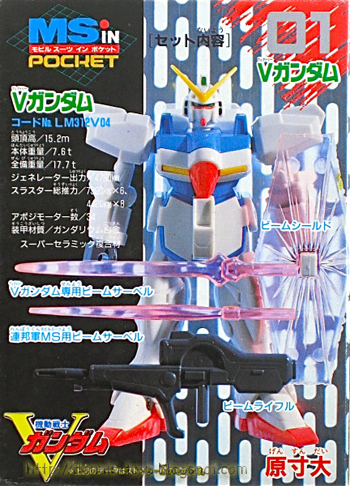 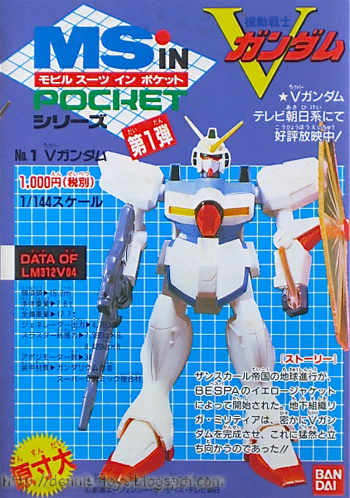 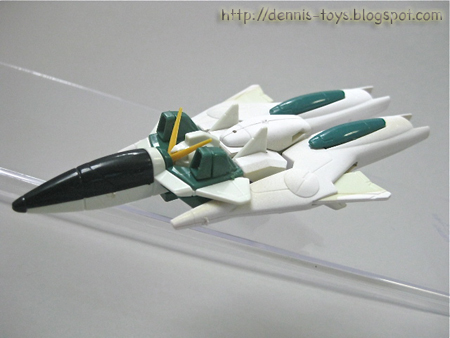 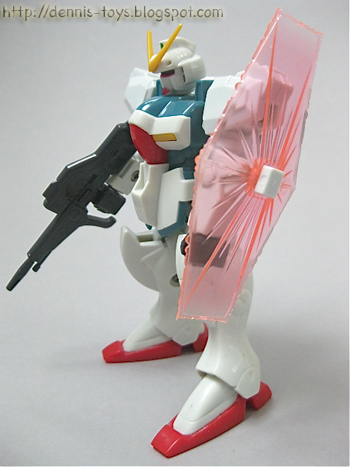 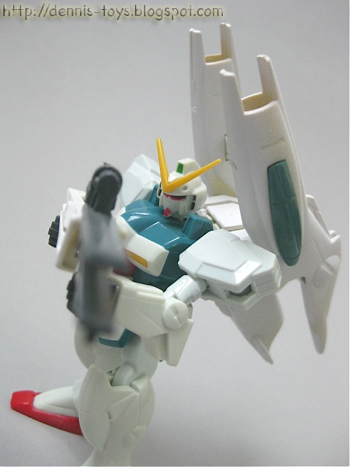 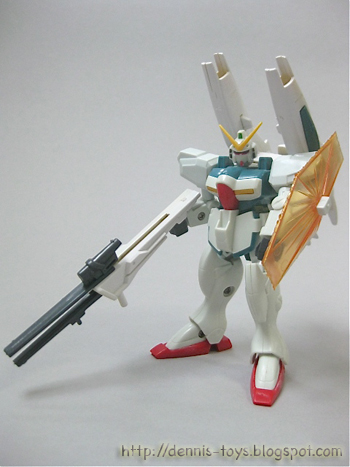 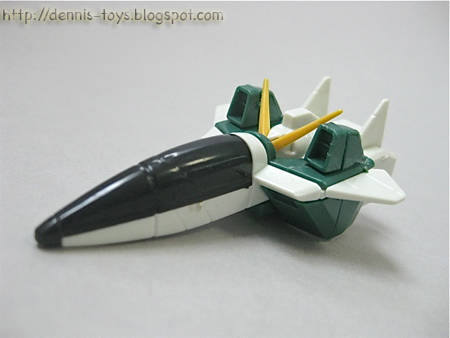 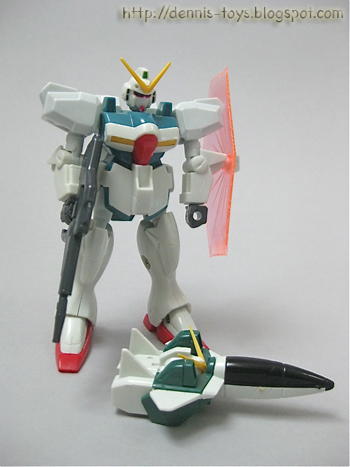 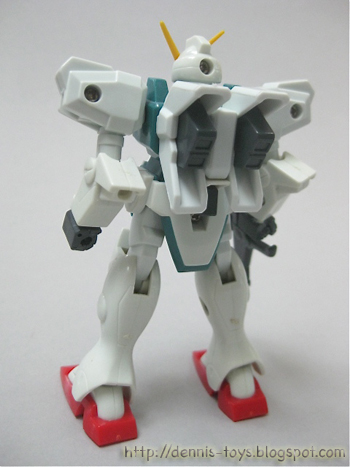 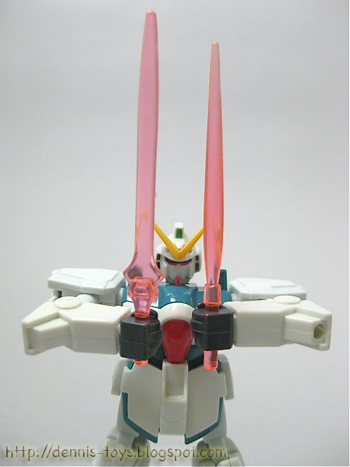 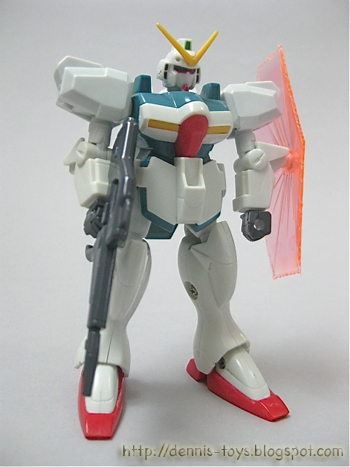 Ready to 'Stand Up To The Victory!' 1/144 scale Victory Gundam was released in 1993 (same year as the anime released) by Big Brother “B” under ‘MS in Pocket’ toyline and at that time fixed @ only 1000 yen. As a Gundam toy in 1/144 scale, this figure stands roughly 4”, meaning it's quite a dwarf. Which derived that MS during the later U.C era shrunk in size. Probably smaller MS reduces the chance of getting hit, hence dodged better.

Physically, this toy is small enough that you can keep it in the pocket and bring it out like most kids would do. When you look at the top right corner of the box, you’ll see a number 01, which tells you that this is the first installation of the ‘MS in Pocket’. In this post, I have generously to bundle up, installation 11 as well, since this latter installation is just V Gundam with additional accessories and then given a longer name known as V-Dash Gundam.

The V-Dash accessories are the core fighter, core booster (can be attached to the backpack as overhang cannons) and beam cannon. Both sets come with two types of saber beam. Beside is the typical looking one, there’s another that’s more sword looking. But in my opinion, the beam shield is the most awesome!
at February 10, 2012

HAHAHA... the normal version of this Gundam looks pretty much like a SD Gundam... as for the video, it seems a series for younger audiences, another one unknown for me... =(

in regard to the toy is nicely done and durable (these plastic resin toys can last for years, like this one... almost 20 years !!!) and the articulation features are great too !!! this is definitely one of those toys suitable for play and display... i like it very much... =)

The anime is kind of an in between cos as the story progress, there's many tragedies towards the end. For a toy that's still white after almost 2 decades, the plastic quality is superb.

So many special rounded edges for this Gundam. It really marked the era when such design were popular. One of the saber is unique for a Gundam

V Gundam design is quite the change with noticeable curves. I like the slight changes which proof much better than Turn-A Gundam. Too bad, the villiain MS in V Gundam series turn out insect-like and fail to appeal to many.

This was an awesome series to collect. I did have all of them at one time and still wish I did.

I know my son would really enjoy them as well.

Just like you, I no longer have this toy as I had sold it of after these pics were taken. Though, V Gundam is good looking, I still like other side MS like Gun EZ.

I remember owning toys like that in my primary school days. Each time I get one it'll simply make my day and it'll be in my hand all day. I can imagine being thrilled with this one if I had gotten my hands on it back in the day.

Sad that kids nowadays are not so much into physical toys anymore?

Toys are inseparatable with toys in those days and owning them gave the extra thrill. Share the sentiment too that nowadays kids go for virtual entertainment.

Can consider this as "vintage" now... the overall look is quite decent...

Yup, just a simple toy from the 90s. One that is durable and can relate to the anime.