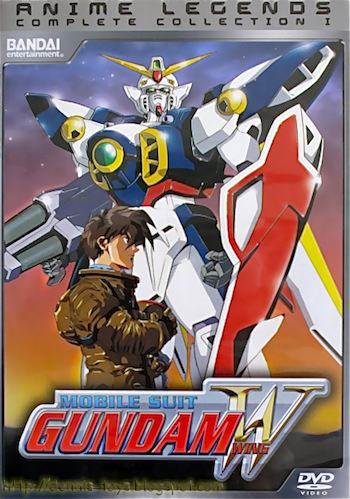 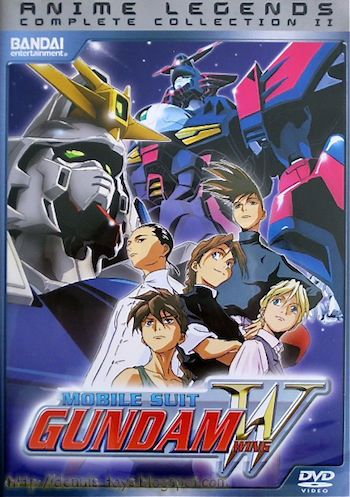 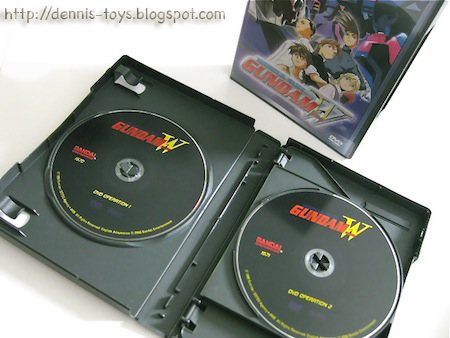 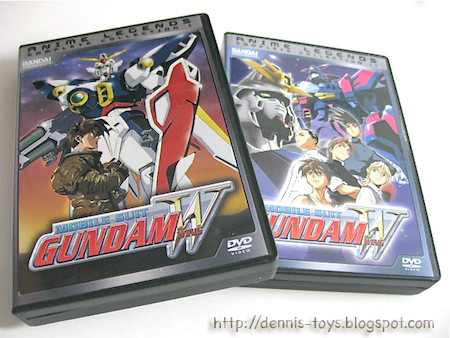 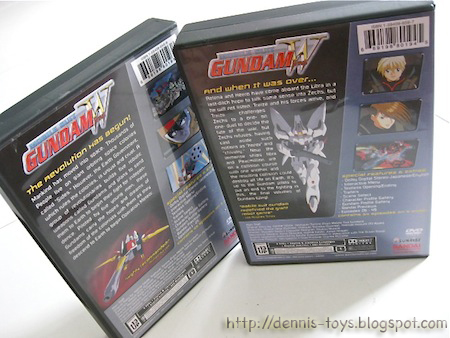 The recent released of MG kits on Wing Gundam kind of stirred up my interest to going back to watch Gundam Wing TV series again. The last time I watched this series was on VCD with Chinese subtitles, over a decade ago so the many details, especially on the plot had become blurry. I guess this is really the first Gundam series with all powerful Gundams, piloted by fanboys looking characters, who takes the fight mostly alone. Feels a lot like how it is in Gundam 00. Well, even though it's not my taste of Gundam anime series, this anime did catch my attention with the conflict centered between earth & space colonies and interest characters development. Not to mention well-designed mecha, one of which is the 'Tallgeese'. Watching the anime again gave me a whole new experience and the two boxsets collection had provided quality entertainment.

WOW man !! is the first time i watch something from the Gundam W series & at least for this sort of trailer, i can feel is a great one... the quality of graphics is astonishing, although the mecha design is not my cup of coffee, i mean for me they’re a bit too old fashioned... i know u r more of military strategy series with lots of regular units than of single heroes series with powerful units

Nice :) Gundam Wing is one of my favorites! It's been a while since I've watched it though :( And I think you're right about the whole "all powerful Gundam" thing. It seems to have started right here...All way back in 1995 :P

I need to get my hands on that box set! Hopefully it isn't too hard to find xD

Oh sweeet!!! I grew up with Wing Gundam so it's still my favourite Gundam series ever!

This was a great series as the Gundam's were top notch designs. I just have the Endless Waltz dvd, but would like to get hands on that series.

Wow,that makes me Jealous...
I have many DVD of Anime but the only DVD I don't have is Gundam Wing...Maybe later I'll try to buy it...(I only watch Wing Gundam...Download from the Internet)
hahaha...

Bro, you must be enjoying the anime again..

easily the best gundam series of all time for me.

Hahaha, my old band performed this song a while back. :D Of course we have quite a number of Gundam fans inside my band >=3 (4 out of 5? :D )

Anyway, storywise the only interesting stand point is Zech's standpoint. I thought he's going to be like Char. But is actually slightly more complicated but less ambitious.

The rest is just kids with super powerful Gundams. -_-

>> chrismandesign
Till today, I still think Gundam Wing 1st opening song is the best for. The mecha design that attracted me were Heavyarm Gundam & Tallgeese. Pal, you know very well on the type of anime I'm inclined to.

>> Chris
Ha! Ha! Gundam Wing started with the concept of all the solo all powerful Gundams in one single anime. It's a good strategy for Bandai to sell more Gundam kits. I got my dvd from Ebay U.S cos I don't see them locally.

>> Jcee
Gundam anime picked up many fans over the years and I noticed a lot newer generation fans started off with either Gundam Wing or Seed. These are the two that were really popular.

>> bluedrakon
I do have Endless Waltz as well and loved those redesigned Gundam in that OVA. The storyline that continued from the tv series.

>> Tachikawa
Man, I know you have hell lotz of anime collection. I focused mainly on mecha anime so it's natural this is part of my collection. Hee! Hee!

>> deSMOnd
I'm not one who follows tv program so getting dvd and watching them at home during free time at my own pace suits me.

>> sl619
You can say that cos this is really the Gundam anime that hit hard into the soil of U.S and made Gundam known to the western world.

>> KazeTora
Quite a number is an under statement. Your old band was made up by almost all Gundam fans. Didn't you are a music guy too dude. Zech resembles Char a lot in the anime and like mentioned but he's more of a warrior who would sacrifice himself to achieve peace his way.

Wow! I really like this series. especially when the OVA Endless Waltz has Wing Custom Zero XD

Dennis Senpai...No problem...
Even though our taste in Anime is not to similar but still we are an Anime Fans...We're on the same boat...hahaha...
But still me too love Mecha...

When I playing Gundam Battle Assault 2 when I still a kid, Gundam Wing is sure left the feather after winning...Still remember it...
So cool...