最強武将伝「三国演義」Romance of the Three Kingdoms Anime 2009 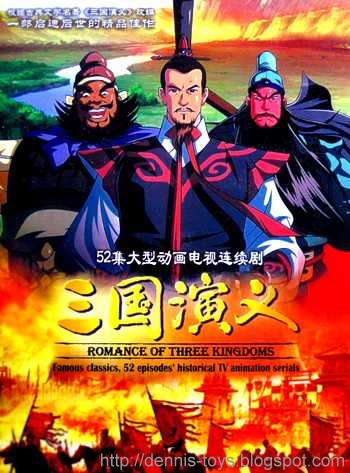 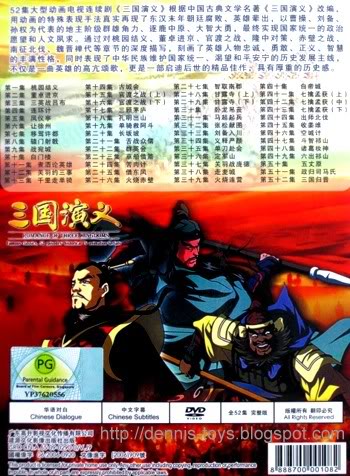 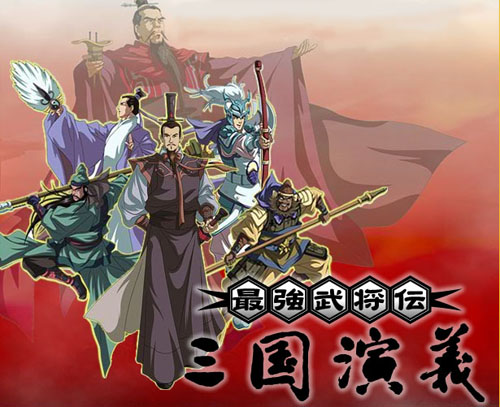 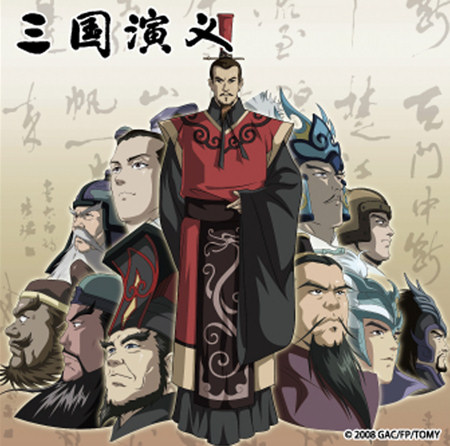 Takara Tomy have plans even to market the figurines, Beyblade, games and educational materials

Here's the latest ROTK anime and this time it's one solid anime between Takaka Tomy first anime joint venture with China's CCTV. This co-production both animators from both countries has guaranteed the anime success that won't disappoint you. In fact, the anime had soared remarkable TV ratings in China and Taiwan has recently gotten the rights to air it on national T.V.

Not only stunning anime battle scenes and detail characters design, this is also the ROTK anime that so far follows closely to the novel right from the start until the fall of Shu Han. It's quite saddening that in this 52 episodes anime many of the heroes met their tragic death and even genius tactician like Zhuge Liang wasn't able to accomplish what Liu Bei entrusted him. There goes to say that human can do so much and the rest is up to fate.


Facts on the production...

I think zhao Yun death is the worst. He is the only general out of the 5 that die from old sickness... Too bad all of them never live to see their idle kingdom.... Sad with all the talents in the world yet couldn't made their dream came true...

I think Zhao Yun's old age death is peaceful. He is one of the longest serving 'Five Tiger Generals' who's fighting spirit remains strong even at old age. It's very unfortunate that his final battle was a defeat even though he kept his trooper's casualty to the minimum.

It was peaceful no doubt but it maybe something not all warrior will want. Of course the worst off death would be Zhangfei being murdered by his own soldier when he was sleeping with his eye open.

I am currently playing PSP Dynasty Warriors version 2. Very familiar with those warrior name you all mentioned here :)

>> LEon
Quite true that most warriors wanted victory or at least perished with honor in battlefield. Like Spartans say 'To Glory'. Hee! Hee! Pitiful Zhangfei died this way even before he could avenge Guan Yu.

>> deSMOnd
Oh yes! Koei's Dynasty Warriors are the extraction of famous generals from Romance of the Three Kingdoms. Among all the strongest, all mighty Lu Bu! HHHHHaaaaaaaa!

I got it from this video shop call 'Poh Kim' when they are having sale. I think it's less than 20 Sing. At first thought it's the old version till the shop assistant explained to me. Still abundant in Singapore and like this version best. I understand it takes some time before any company gets the license to distribute in western countries.

i didn’t knew that Takara were involved in this kind of projects... but looking to Bandai, it’s quite simple to figure out bout that... toys + game development + character merchandising, this is the tendency in this industry... the figures seem quite interesting as well, i hav no doubts bout Takara’s QCs...

I think venturing into anime of Romance of Three Kingdoms is good business venture and China has provided a potentially big market. I'm interested and is really looking forward to the figurines. I think I saw Lu Bu figurine. Yum! Yum!

I will be very interested in this if they can get it marketed here in the US. I love adaptions like this that have a wide range and in period.

It is nice to see that China and Japan can get together on something like this.

Yes Dennis, Lu Bu is the strongest among all the general :P

>> Bluedrakon
If Takara Tomy and their venture partners are wise, they should introduce the anime to Western market. Romance of Three Kingdoms has become more popular with games like Kessen, Dynasty tactics and not to mention Dynasty Warriors.

>> deSMOnd
Lu Bu rocks! Just that he is always stronger as the enemy than you actually use him. Ha! Ha!