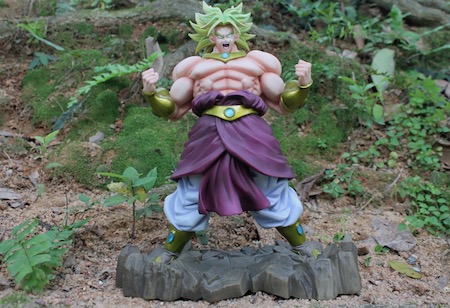 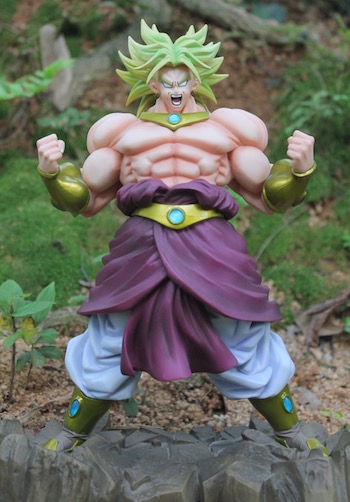 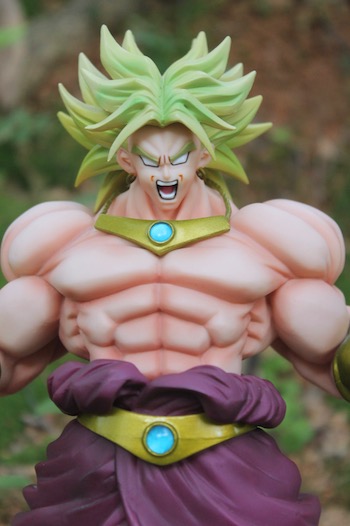 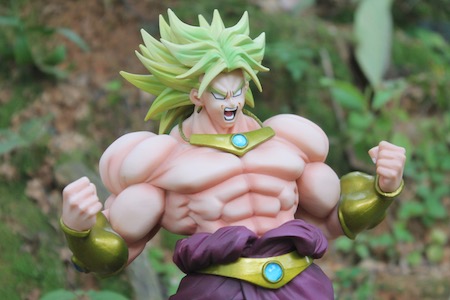 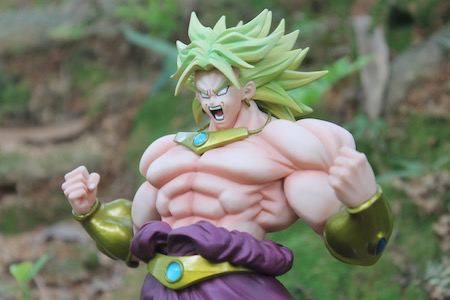 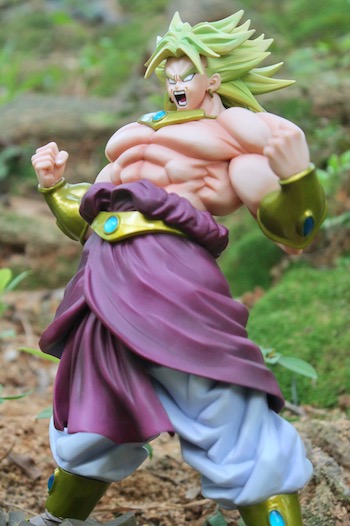 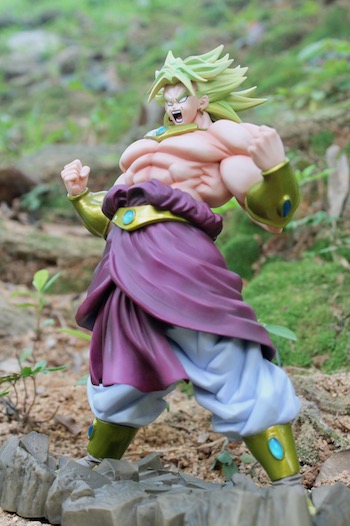 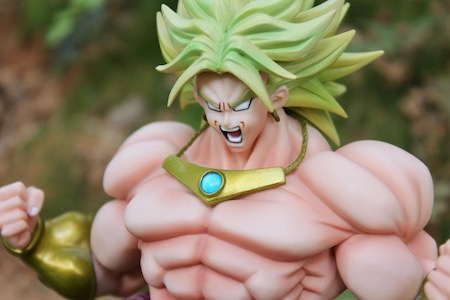 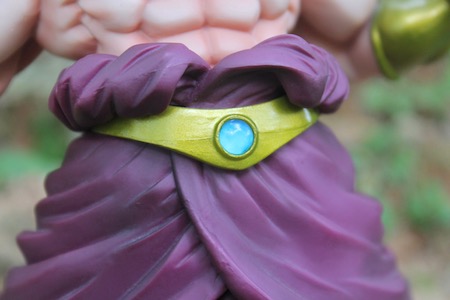 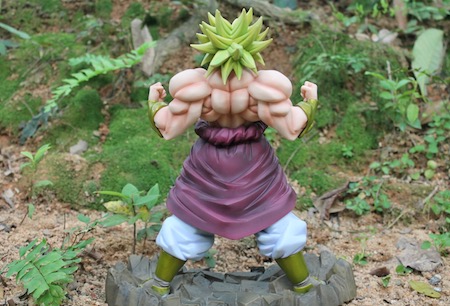 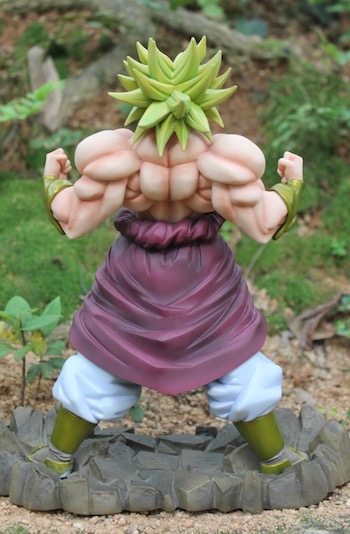 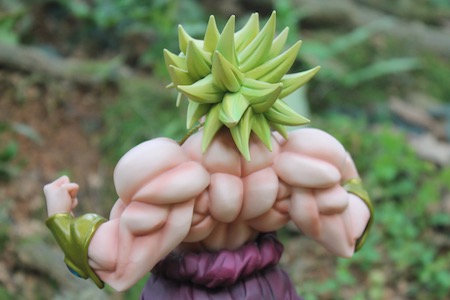 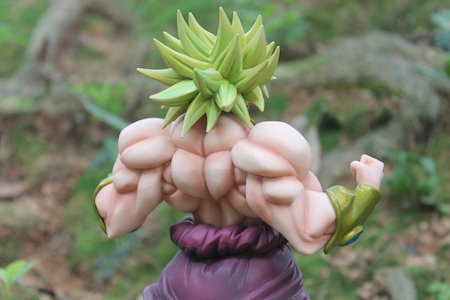 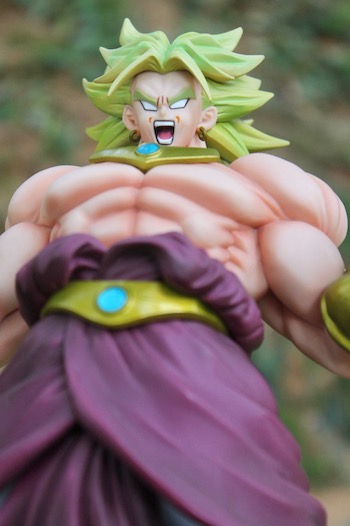 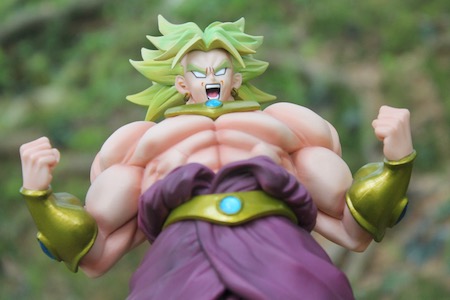 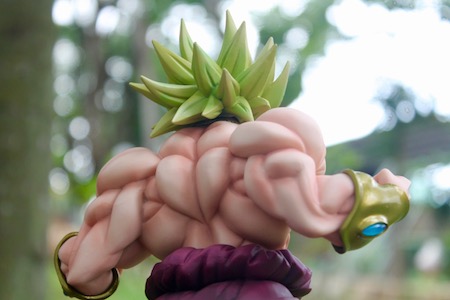 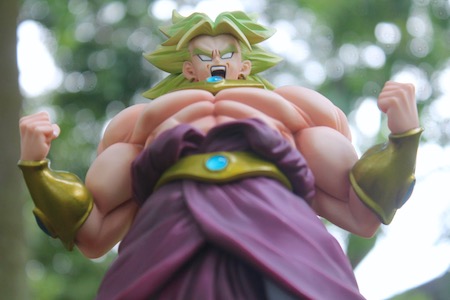 Some may feel that Ichiban Kuji Banpresto prize figure are generally inferior to those toy companies, that releases figure that cost big bucks! Not necessary so especially this highly sought after Prize A - Dragon Ball DBZ Broly figure statue, measuring approximately 12" (26cm) in height. So much so there were also knock-off released to meet the demand! This figure is getting rare and the price appreciation is still climbing up. I got mine, loose which is pretty ok cause I don't really like the big and hollow Ichiban Kuji packaging anyway.

Pre-painted and made of PVC material, the statue looked so good that you would think its a cold-cast statue. I personally think that this is by far the best Broly statue, official released product. The figure illustrated the raging Broly in his insanely massive Super Saiyan mode, a villain that I really enjoyed a lot, still powering up! The accurate sculpt is definitely gorgeous from face expression to those nice cutting, bulging muscles! Look at those muscle shades toning! He's a monster!

The base was also awesome like Broly's powering up, pushing the rocks away. Everything seems like a statue diorama! The underside of the base bears the Banpresto license and the year of released 2011, when Ichiban Kuji Strongest Rival series figures were designed to correspond with the anime the released of anime Dragon Ball Z Kai series at that time. The statue looks so good that I only have praises for it! I just love it! Its a really great Broly figure and I'm glad having it added to my collection and this one looks absolutely incredible!

I can bet you really like this unique character of an alternative Dragon Ball line (I mean, not belonging to the regular series) since you have been publishing other figures, mainly PVC statues of Broly (also known as Brolin in countries of Latin America, like mine) recently... My hate for him has not decreased yet, but I guess his cockyness is very attractive for many, specially when he makes a fool of Vegeta (who is already very cocky, HEHE)... =D

>> Chrismandesign
I dislike the guy of Broly for a sole loser but his berserk mode is insanely charming. Those muscles and over killing power are what I like! Making a fool out of Vegeta! That’s gutsy lolz!

>> Leon
Still need to learn from you senpai.. mine like more a photo montage.. hee hee..

>> Desmond
Undeniably, even DBZ creator mentioned Broly to his strong in the entire DBZ universe..